Despite an historically challenging twelve months, average engineering salaries in the UK have risen by 10 per cent to £56,807, but worries persist over a gender and ethnicity pay gap.

Every year, The Engineer surveys professionals from across industry to ask how much they are earning, where in the UK they are based, what sector they’re working in and a host of other questions related to job satisfaction, employee benefits and attitudes to the big issues facing industry.

This year’s survey – which can be read in full here – attracted responses from 845 engineers working across 11 different sectors. The demographic of the response group is broadly in line with our previous survey – which was carried out in 2019 – with 95 per cent of our respondents working on a full time basis and 91 per cent in permanent roles. 45 per cent of those taking part describe themselves as senior engineers, whilst 66 per cent have worked in engineering for 20 years or more. 67.4 per cent of this year’s sample group are aged 45 or over. 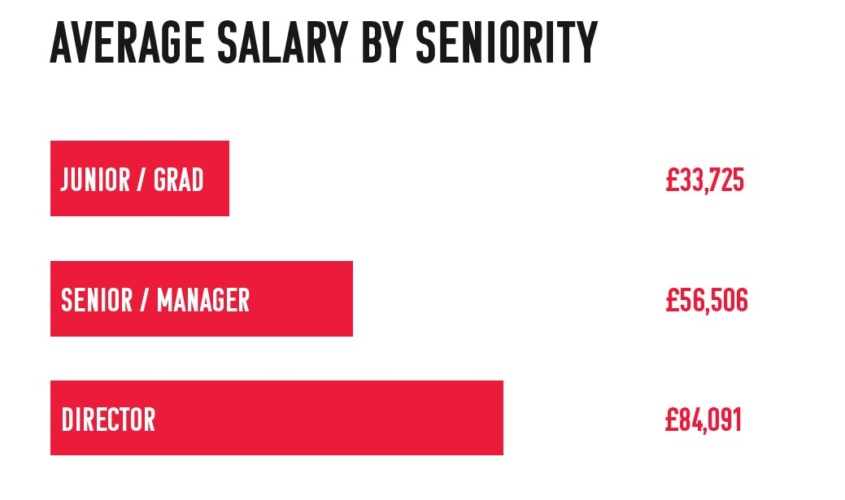 The mean average salary across this year’s response group is £56, 807 representing a ten per cent increase on our 2019 average of £51,253. What’s more whilst many workers across the economy have taken pay cuts over the course of the past 12 months, just under half of our respondents (42.6 per cent) told us they have received a pay increase in past 12 months.

As always the results of the survey have been fed into our online salary calculator so that you can see how your salary compares to that of your industry peers.

As in previous years engineers working in the energy sectors continue to command the highest salaries, with respondents from the oil and gas sector topping the earning list this year (£75,366), closely followed by those working in the energy, nuclear and renewables sectors (£65,932). Meanwhile, salaries appear to be holding up in two of the sector’s that have been particularly hard hit by the pandemic, automotive and aerospace, where our report suggest average salaries currently stand at £57,639 and £53,129 respectively.

However, despite the positive headline stats it’s not all good news.

Unsurprisingly, in common with workers in most other areas of the economy, engineers are increasingly concerned about how the events in the wider world are affecting their careers and aspirations.

Concerns over the impact of Brexit on industry continue to grow (rising to 73 per cent from 70 per cent in 2019) whilst 41.7 percent of respondents tell us they are concerned about its potential impact on their own job security.

Many respondents have also been significantly impacted by the pandemic, with 84 per cent concerned about its general impact on industry and more than half directly concerned about what it means for their own job security. Just under a quarter of engineers (21.5 percent) told us they were furloughed at some point between April and October 2020, and 40 per cent report an increase in workload. What’s more, despite the general increases in pay identified by the survey, 18 percent of respondents have experience some kind of pandemic induced salary reduction.

This year’s study also reinforces concerns over industry’s lack of diversity. Female engineers account for just 6.3 per cent of our overall sample, whilst around 10 per cent of our respondents are from BAME (Black, Asian, Minority Ethnic) communities. Worryingly, as we report, despite enjoying broadly similar levels of seniority, both of these groups continue to earn lower average salaries than their white, male peers.

Are you being paid enough? Use our handy salary calculator to see how your pay stacks up against that of your colleagues.