The UK’s first all-electric forecourt has opened near Braintree in Essex, with capacity to provide rapid charging for up to 36 vehicles at once. 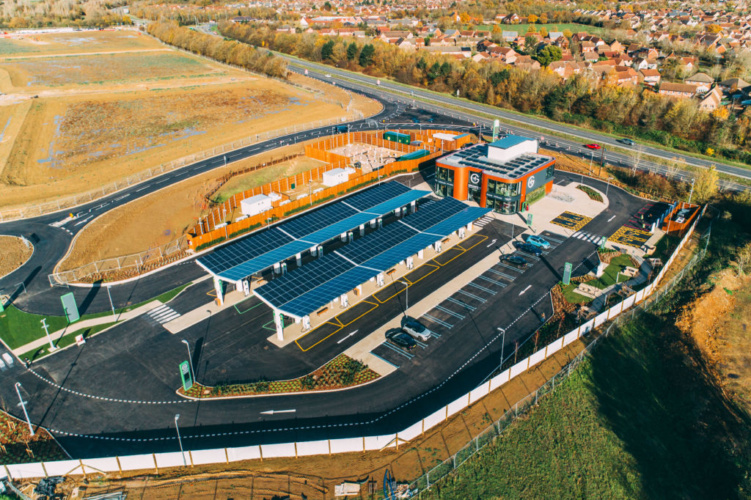 It is the first of more than 100 electric forecourts set to be built in the UK over the next five years by energy company Gridserve. Located just off the A131, the Braintree forecourt features solar panel canopies over its charging points and gets additional energy from Gridserve’s network of solar farms, including the UK’s first subsidy-free solar farm in Clay Hill.

The site is also home to a 6 MWh battery that helps balance the local grid and can store enough energy to provide around 24,000 miles of EV charge. High power 350 kW chargers can deliver 200 miles of charge in just 20 minutes, with drivers initially paying 24p per kWh of electricity. According to Gridserve this is the cheapest high-power charging rate currently on the market, meaning a typical 20 to 80 per cent charge for an average EV will cost just £10.

“It’s our collective responsibility to prevent greenhouse gas emissions rising further, and electric vehicles powered by clean energy represent a large part of the solution. However, charging has to be simple and free of anxiety, which is why we’ve designed our Electric Forecourts entirely around the needs of drivers, updating the traditional petrol station model for a net-zero carbon world and delivering the confidence people need to make the switch to electric transport today – a full decade ahead of the 2030 ban on petrol and diesel cars.”

The planned network of electric forecourts is part of a wider Gridserve strategy to drive EV adoption, in partnership with Hitachi Capital. As well as working together on charging infrastructure, the two companies have also launched an EV leasing service that will include free charging at the new stations. Vehicles from OEMs including Mercedes, Audi, BMW, Peugeot, MG, Renault, Nissan, Vauxhall, Mini, VW, and Tesla are available through the programme. 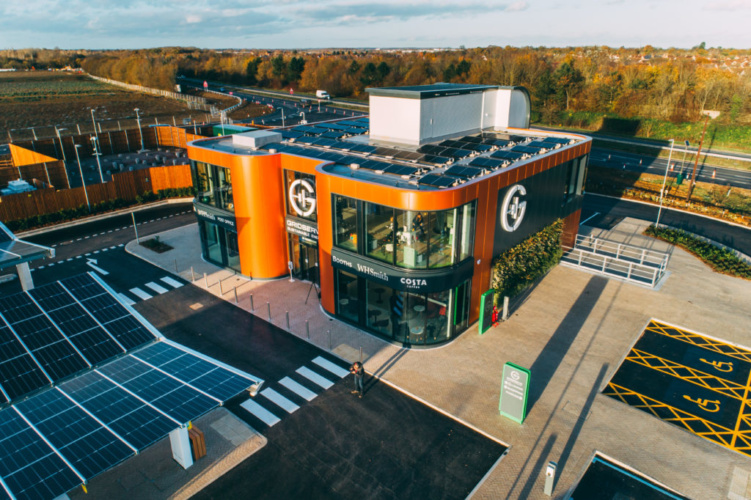 “Our partnership with Gridserve is a total game-changer for electric mobility,” said Robert Gordon, CEO of Hitachi Capital UK.

“Not only are we providing electric vehicles at some of the most competitive rates on the market, but we are at the same time developing a network of rapid, reliable and renewably powered Electric Forecourts that will fast-track the electric vehicle revolution in the UK as we prepare for a zero-carbon future.”