Bristol’s University of the West of England (UWE) has opened its new School of Engineering, which has been designed alongside a new curriculum aiming to support diversity and inclusion. 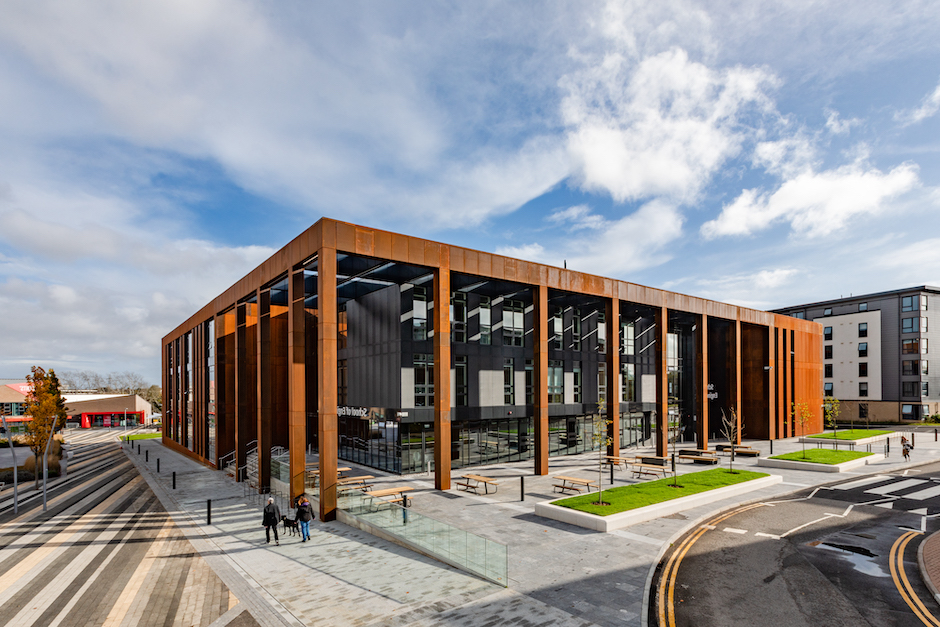 The facility has been co-designed in conjunction with the engineering curriculum overhaul in an effort to encourage development of the next generation of engineers, including ensuring a supportive environment for students from under-represented backgrounds.

Professor Lisa Brodie, head of the Department of Engineering Design and Mathematics at UWE Bristol, explained that keeping this focus in mind throughout both the curriculum and the design of the building’s physical structure has been what makes it so unique.

For example, as part of the university’s drive to embrace and celebrate neuro-diversity, the building is equipped with individual study spaces designed to support students with sensory issues, such as people with autism who can benefit from features including white noise bubble tubes and adjustable, muted lighting.

“The building is designed to teach in a very different way,” Brodie said. “We’ve embedded professional skills, or the professional engineer, at the heart of the curriculum … The very first things we teach [students] are around creativity, innovation, empathy and design, and we focus very much on the role of the engineer in society.”

Recent challenges focused on by UWE engineering students include solutions to homelessness in Bristol and a focus on carbon net zero.

“Engineers will need to think differently and be far more creative and innovative over the next decade, particularly with some of the challenges we face in areas such as the climate crisis. We aim to be the difference.”

Set out over four floors, the building includes a digital gallery equipped with ‘technologies of tomorrow’ such as a virtual and augmented reality cave, driving and flight simulators and ‘smart factory’ testing facilities including a digital twin.

“The reason this space is special is because it sits extracurricular,” Brodie told The Engineer. “We’re using it to create different styles of learning, such as short bootcamps that we’re running to encourage young people who are not in employment, education and training back into the workforce.”

Another bootcamp run by UWE is delivered to people with disabilities in their own home space, focused around user experience and user centred design, whilst the university’s outreach facility includes a Prototype and Play facility that aims to encourage primary and secondary schools from low areas of participation and marginalised groups into engineering.

Dawn Bonfield MBE, former president of the Women’s Engineering Society and founder of Towards Vision, spoke at the building’s opening event and described the university’s commitment to putting diversity and inclusion at the forefront of the new building and curriculum as ‘outstanding’.

“Looking at everything through that lens gives them a whole different approach, a different vision,” Bonfield said. “Lisa is the driving force and it has really taken someone with that vision, who is in that position of influence, to enable that to happen. That doesn’t happen very often I think.

“It’s just part of the whole new approach we’ve got to take, we have to be conscious of everything that we do … You can’t just rely on hoping that you get a nice set of images in your prospectus that show women working in the engineering sector. We’ve tried that for a while and it’s not enough to tip the balance because women going into engineering have to overcome so many barriers to do so.”

Comment: EV infrastructure can smooth the road to net zero