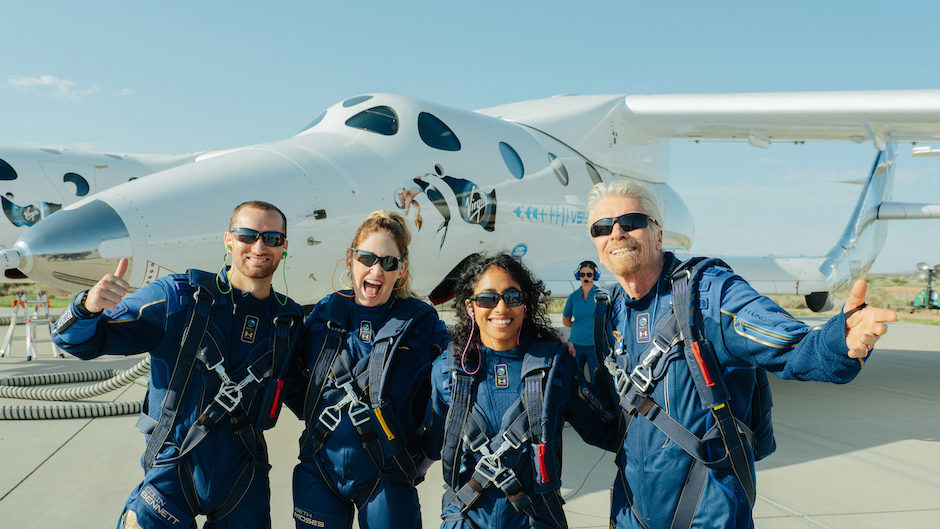 Completed on 11 July 2021, the flight was VSS Unity’s 22nd test flight and the first with a full crew in the cabin, including founder Branson. The vehicle achieved a speed of Mach 3 after being released from the mothership, VMS Eve, reaching space at an altitude of 53.4 miles before landing at Spaceport America, New Mexico.

Described by Virgin Galactic CEO Michael Colgazier as a landmark achievement and ‘historic moment for the new commercial space industry’, the flight fulfilled test objectives related to the cabin and customer experience including evaluating the views of Earth from space, conditions for conducting research, and the effectiveness of the five-day pre-flight training programme at Spaceport America.

Branson’s Virgin Galactic flies higher and faster than ever before

“We are at the vanguard of a new space age,” Branson said in a statement announcing the flight. “As Virgin’s founder, I was honoured to test the incredible customer experience as part of this remarkable crew of mission specialists and now astronauts. I can’t wait to share this experience with aspiring astronauts around the world.”

In line with the company’s mission to ‘make space more accessible to all’, Branson also announced a new partnership with fundraising company Omaze and charity Space for Humanity aiming to ‘inspire the next generation of dreamers’.

A recording of the livestream can be accessed here.

Comment: How Tomorrow’s Engineers can help us be more sustainable