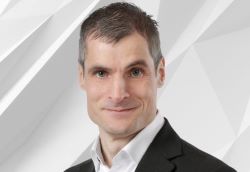 Using variable speed drives (VSDs) to control industrial electric motors can be a game-changing green option, as Arnold Taddeo, Global Head of Product Management for Drive Products, ABB Motion explains. Things get even better when a drive is paired with the latest IE5 SynRM motor technology to take energy efficiency to the next level.

The 26th UN Climate Change Conference of the Parties (COP26) will see world leaders submitting their plans to cut carbon emissions by 2030 and achieve Net Zero by 2050. Naturally, this calls for the delivery of sustainable industrial systems and the promotion of clean renewable energy. However, the broader adoption of energy efficient technology will also play a vital role. So important in fact that the International Energy Authority (IEA) regards it as the “first fuel” in tackling climate change.

The figures are compelling, as according to the IEA, adopting energy efficiency measures will allow the world economy to grow 40 per cent by 2030, while using 7 per cent less energy than today. One area where this technology can really make a difference is in electric motors. They are used widely in industry, running water treatment plants, refrigerating food, ventilating buildings, operating materials handling systems and so on. Yet the issue is that many of the estimated 300 million industrial electric motor-driven systems in use in the world today are inefficient and waste too much energy.

The vast majority of industrial motors run pumps, fans, and compressors, a category of machinery that is highly susceptible to major efficiency improvements. A key technology is the use of VSDs that can typically cut energy consumption by a quarter.

While VSDs are already making a significant contribution, they could do more. The reason is that estimates indicate that just 23 per cent of the world’s industrial motors are presently equipped with a VSD. That figure is expected to increase to 26 per cent over the next five years. But substantial additional savings could be achieved with faster adoption. In fact, industry experts suggest that roughly half of all industrial motors would benefit from being paired with a drive.

How do VSDs improve energy efficiency?

A VSD controls an electric motor to optimise its operation. It does this by adjusting the speed and torque of the motor to match the requirements of the process. With the right drive, an electric motor will run only as fast as is it actually needed, leading to significant power savings.

Drives control the speed of an AC motor by varying the frequency and voltage of the power being fed to it. Due to significant advances in power electronics made in recent decades, drives have become considerably more sophisticated in their capabilities and less expensive.

Even with these recent developments, VSDs have so far only been deployed at a modest pace. That means industry can still gain major energy efficient benefits by using drives on a broader basis. Because when a motor is not controlled by a drive, it is generally running at full speed even when the load requirements are minimal.

For example, to control the flow of water or other liquids in pumping applications, throttling is often used. That is much the same as trying to reduce the speed of a car by applying the brakes without letting up on the accelerator. It is simply a waste of energy. Furthermore, because the relationship between motor speed and energy consumption is non-linear, just a small incremental reduction in speed will deliver significant energy savings. For example, slowing a fan or pump motor by 20 per cent can save as much as 50 per cent on energy use.

VSDs will offer significant energy savings for any process, such as pumps and fans, that require a change in speed from full speed operation. However, when a drive is partnered with the new generation of synchronous reluctance (SynRM) motors (see Figure 2), the resulting package has the potential to achieve exceptional levels of efficiency.

Although the first SynRM motors appeared as long ago as 1923 they need to be matched with a VSD to work correctly. It is only in the last decade or so that advanced VSD technology has been able to unlock their full advantages.

ABB is now supplying SynRM motor and drive packages compliant with the IE5 ultra-premium rating. This goes well beyond the new minimum standard, IE3, for International Efficiency (IE) classes for low-voltage motors, established and enforced by the EU Ecodesign Regulation in July 2021.

The exact savings made possible by this leap in energy efficiency depend on the application and conditions. However, when an IE3 induction motor is paired with a VSD energy bills are reduced typically by up to 25 per cent. On top of this, a further saving in the region of 3-4 per cent is possible when an IE3 and VSD combination is replaced by an IE5 SynRM-Drive package.

In addition to energy efficiency, a SynRM and VSD package provides reliable performance, low maintenance costs and more. It is also remarkably easy to retrofit into existing installations, or incorporate into new projects and OEM designs, offering plug-and-play simplicity.

Most industrial motors in the current installed base date back at least 10 years to a time when designs were much less efficient. If they were replaced with optimised, high-efficiency equipment, global electricity consumption could be reduced by up to 10 per cent. The consequent reduction in CO2 emissions would certainly make a difference to the health of our planet.

With their inbuilt intelligence, VSDs are ready to go. Simply plug, play, and instantly reduce your carbon footprint. At the same time SynRM motors slot easily into industry standard frames designed for their induction motor predecessors, with no need for mechanical modifications.

The investment in upgrading to a VSD and SynRM IE5 motor package is easy to justify in terms of energy savings alone. Bear in mind that the purchase price of a motor is just a small fraction of its lifetime cost. The main expenditure lies in the energy used to run it. Opting for a SynRM IE5 motor will initially cost a little more than an IE3 motor and VSD package to buy, but energy savings will quickly refund that difference – often in as little as a year. After that, the package will continue to generate annual savings over the next 10 years or more.

As an example, an ABB SynRM and VSD package has resulted in a considerable drop in energy costs at Campbell’s Australia. Over a 12-month period, the numbers clearly showed a 14 per cent reduction in energy costs. The annual saving of over £8,000 on energy bills also resulted in an annual reduction of approximately 131 tonnes of CO₂ emissions.

Encouraging the more widespread deployment of drives and the latest electric motor technology represents a tremendous opportunity as the world seeks to achieve greater energy efficiency. Not only will this put industry firmly on the road to Net Zero, it will also bring immense business benefits in terms of reduced electricity costs and greater productivity.

Comment: How we can all profit from a circular economy

Comment: Powering the energy transition through the circular economy