British company Windship Technology has revealed the design for its first ‘true zero’ emission ship that aims to tackle CO2 emissions from the shipping industry. 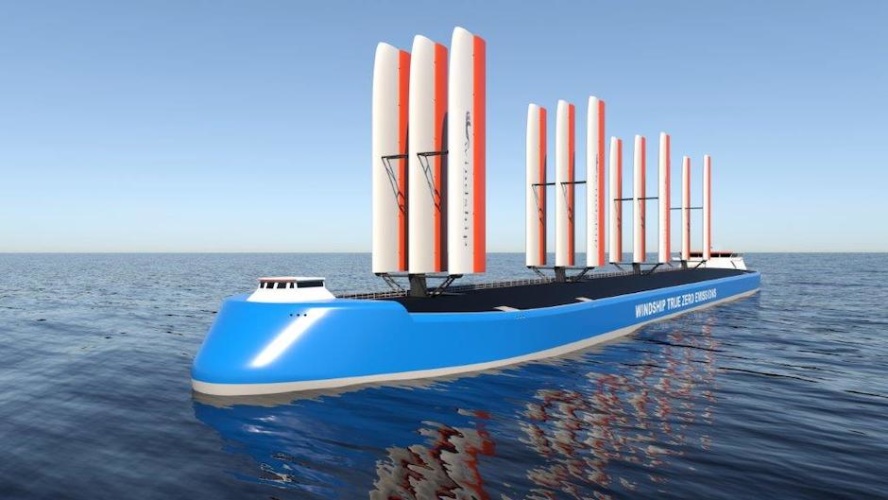 According to the company, the triple-wing rigs produce a driving force ‘several multiples greater’ than currently available single masted solutions of the same height. The 48m Windship Technology rig, developed using technology and design from the wind turbine industry, is stowable on deck.

The company has announced a partnership with the international registrar and classification society DNV, who will be conducting an outside-in and inside-out verification to fully assess the whole-ship design.

Per Marius Berrefjord, senior VP of DNV, said that they will work closely with the project team to verify the vessel’s emissions reduction capability. “We are also preparing for a HAZID [hazard identification] that shall verify the safety and operability of ships with Windship Technology installed,” he added.

Lars Carlsson, director of Windship Technology, described the cooperation as a ‘major step’ toward proving true zero emission status. He said: “The industry cannot sit back any longer. The clock is ticking and regulation will force a new approach for an industry that is traditionally hesitant to change. Shipping is not fit for purpose in the future. Shipping and oil companies are the only major industries still increasing their emissions and must change and think differently if it is to have any hope of reaching the emissions targets set out in law.”