Kieran Forinton and Jean-Philippe Lepretre at UTAC CERAM Millbrook lift the lid on safety testing in the automotive sector and explain how advancements in driver assistance technology are shaping the discipline.

We don’t think anyone could reasonably argue that cars aren’t safer today than they were 20, 10, or even five years ago. An enormous amount of R&D and financial investment goes into rigorously testing the safety of vehicles and automotive systems. If anything, the pace of progress is accelerating, and as a result drivers, passengers and other road users are safer than they’ve ever been on UK roads.

For many years, safety in the automotive sector improved at a relatively sedate pace. There have of course been some significant milestones, from the advent of the humble seatbelt in the 1950s and the introduction of anti-lock braking system (ABS) in the late 1970s, to Euro NCAP being established in 1997, ushering in a new era of independent crash testing.

From the turn of the century, however, the industry really began to see a groundswell of innovation in vehicle safety. Autonomous technology and driver assistance features, in particular, have completely changed the game. As the lines between driver and vehicle become increasingly blurred, the safety stakes could not be higher.

Independent testing providers such as UTAC CERAM Millbrook have long been the preferred destination for vehicle manufactures seeking to put their vehicles through a full suite of safety testing. Naturally, as the technologies and safety features of modern vehicles have changed, so too have the methods and standards of testing.

Let’s take a look at the core components of a safety testing programme, shall we?

Testing of this nature is all about making sure that a vehicle’s assistance features operate in a controlled, safe and repeatable manner. This requires specialist instrumentation, soft targets and of course test tracks to recreate varied on-the-road scenarios. UTAC CERAM Millbrook’s TEQMO facility in France was specifically created for this purpose.

At the other end of the safety spectrum is the testing of passive safety systems. While vehicle safety systems testing may on the face of it be slightly less cutting-edge than active testing, it is no less important or stringent. As a result, there is ongoing development of passive safety test equipment such as Anthropomorphic Test Devices (ATDs) and a European THOR dummy has been added to new Euro NCAP tests. 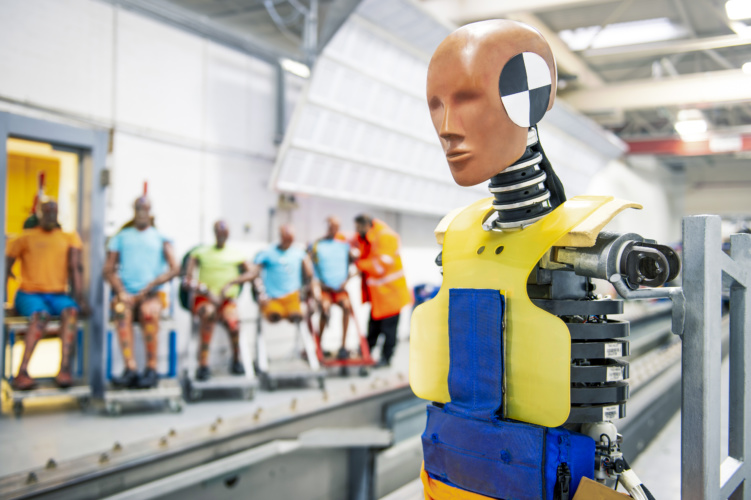 By way of illustrating just how crucial these tests are, a typical turn-key passive test programme might include the following: deceleration and impact tests on vehicle and component structures, airbag deployment tests, bumper and head form pendulum impact testing, seat belt anchorage pull tests, vehicle crash sensor immunity tests. We don’t think anyone would want to get behind the wheel of a car that hadn’t undergone this kind of testing.

For all the technological advances and improvements in vehicle safety, collisions on the road are still an inevitability. As such, vehicle manufacturers must work hard to ensure that, when the worst happens, drivers and their passengers are as safe as possible.

Full scale crash testing allows manufacturers to do just this, enabling them to measure Anthropomorphic Test Device (ATD) injuries suffered at various speeds and to validate passive safety features. A thorough laboratory crash testing protocol should include a front, rear, side and pole impact crash test. UTAC CERAM Millbrook has established itself as a specialist in this area and its crash test facility in France has been Euro NCAP accredited since 2001.

Sled test facilities, such as UTAC CERAM Millbrook’s ServoSleds in the UK and France, are where manufacturers perform reverse accelerating linear shock tests to simulate physical crash conditions. A range of systems can be tested on a sled, including EV batteries, motorsport seats and even wheelchairs. Sled testing enables vehicle development and type approval for regulatory purposes, as well as sign-off against various standards, including Euro NCAP. 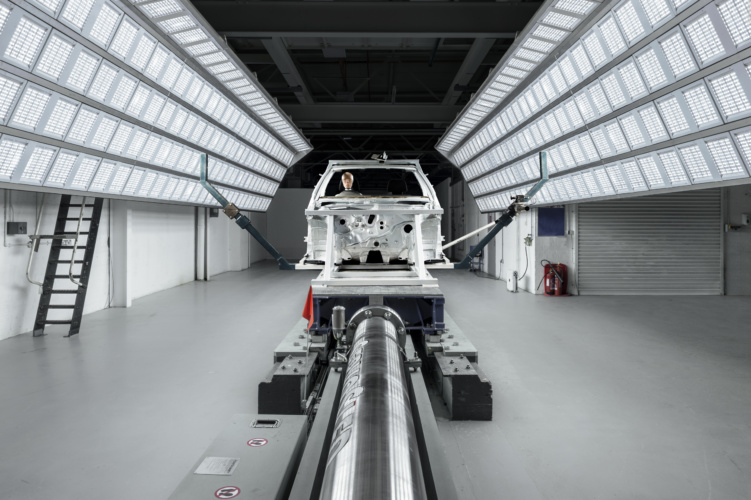 The pursuit of autonomous driving has led the automotive industry on a voyage of discovery that few could have predicted. Ultimately, the difference between success and failure will be how safe the intelligent vehicles of the future can be – and that will come down to thousands upon thousands of hours of safety testing and validation.

Until then, we are sure we’ll continue to see the overall safety of vehicles improve through better engineering and more effective testing. We also must not forget that the real aim of this hard work is to reduce the number of injuries and fatalities on our roads. That in itself is a motivation to keep striving for better.

Blog: putting next generation EVs through their paces