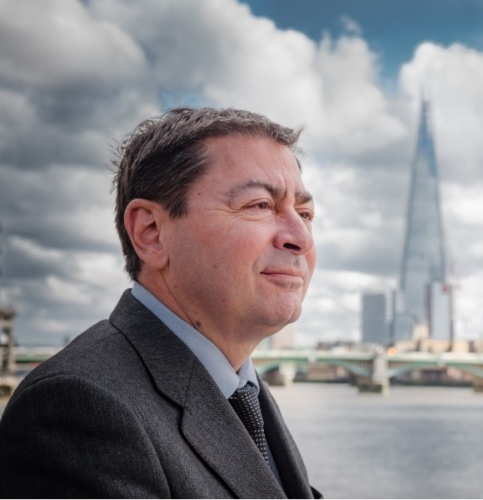 Bosch UK’s outgoing president Dr Steffen Hoffmann reflects on his time in the UK, the implications of Brexit and Britain’s technology future

Having been responsible for Bosch UK for the last six years, I can say I have certainly had some ‘interesting’ times, not least the UK deciding to leave the EU in June 2016 and then the challenges of the Covid-19 pandemic this year. I am proud of the way our business has developed during the last few years, despite those obvious challenges. Bosch’s operations in the UK grew significantly, with annual sales revenue now more than £1bn higher than in 2014.

As I reflect on my time here in the UK, I see some key themes and ideas which appear repeatedly, and most of them are such that they can only be tackled in a concerted effort across countries and companies. Artificial intelligence, the Internet of Things (IoT), decarbonisation and protecting the planet in a wider sense, all fall into that category. They all provide opportunities for both Britain and Bosch UK, to the point where I think our futures are more intimately entwined than ever.

But I have to start with Brexit.  I’m sad to say I still haven’t quite come to terms with it.  It won’t be the end of the world, but as hard as I try I cannot see any benefit of Brexit for the UK. I’m afraid that the main focus in the next few years will be on damage limitation. What we should all try to do is preserve and keep utilising all our international connections and communication channels, because the major challenges of the future are global in nature.

Could synfuels help us meet our 2050 targets

That aside, technology is at the heart of everything Bosch has ever done and will ever do.  It’s clear that the Internet of Things (IoT) has the potential to fundamentally change our lives, but what we are seeing now is just the beginning. Five years ago, we built a small business-development team focusing on the IoT and services. It’s now a £10m+ business for us and their impact has rippled through the wider business. I think Covid-19 has accelerated everything in this field in a variety of ways (a world which was already moving online rapidly, is now even more so). We will likely see only more growth for this team, becoming trail blazers for digital transformation.

When it comes to decarbonisation, it is absolutely vital to remain technology neutral. Governments and regulators need to give us targets and deadlines, but they need to leave it to business to explore different routes to achieve those targets. Back in the 1960s JFK shared his vision of landing a man on the moon and returning him safely to earth, but he never tried to dictate which rocket technology was to be used. Translate that into road transport: We at Bosch remain fully committed to the idea that electrification is key, but it is also clear that fuel cells and hydrogen-based synthetic fuels have a role to play. There will still be millions of petrol and diesel cars on the road in 2030 and we need to make all of them as clean as possible by converting them to some form of synthetic fuels. We won’t hit our net zero target without this and without allowing a competition of technologies along the way.

I firmly believe that hydrogen will be at the heart of this green revolution – it is great news for the country that hydrogen will play a key role in our future energy mix. Hydrogen is a hugely plausible way to decarbonise some key sectors. From mandating new homes be built hydrogen-ready, to encouraging the conversion of existing housing stock, from planes, trains, lorries and buses to cars… the use of hydrogen can create huge numbers of jobs and make a decisive impact on decarbonisation. I see the Prime Minister’s recent statements on sustainability as hugely encouraging – we are beginning to move from admirable ambition to accelerating action. The PM’s plan to invest £500 million in hydrogen is especially compelling as it has the potential to play a huge role in reducing carbon emissions from domestic heating, decentralised power and transportation.

Then there has been 2020, the year of Covid-19. Yes, it has been unprecedented in all our lifetimes, but every crisis, even one as big as this, comes with opportunities.  I think, for instance, that it has allowed a lot of people a moment to stop, reflect and reset.  I believe it has presented the opportunity for us to re-think some aspects of life which seemed set in stone. It allowed and sometimes forced us to reinvent ourselves and I think a lot of people, brands, companies and even countries will emerge stronger…maybe Britain will be one of them? I hope so.

As I leave and offer my successor just one piece of advice, it’s this: the last six years in Britain have proven one thing above all others: agility is the management skill of our time.

My tenure at Bosch UK has coincided with Brexit and Covid-19, neither of which were predicted and both of which have had an enormous impact on every person in every division within our business.  From a leadership stance, they have forced untold pressures on the business in ways we couldn’t possibly have foreseen, demanding we reconsider, re-work and re-plan. I suspect this may become the defining mantra of the 2020s.

Envisage a path for STEM skills