Sir Harry Ricardo - who founded Ricardo in 1927 - was an important figure in the development of internal combustion engines, and in 1935 he shared his memories of the early years of motoring in The Engineer. 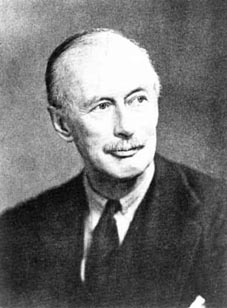 Ricardo first drove a car in 1898, he said — he’d have been 13 at the time. The engine — a horizontal single-cylinder job — had ‘all its working parts exposed to the winds of heaven and the dusts of the earth below — exposed to everything, in fact, apart from lubrication.’ The carburettor was particularly troublesome, he recalled: it was a wick carburettor, a technology which didn’t survive into the 20th century, being a large container a quarter-full of petrol in which several lengths of lamp-wick were suspended. Air was drawn past these wicks — where it would pick up petrol vapour — and into the engine, taking what was supposed to be a combustible mixture into the cylinders. ‘Seldom, if ever, did the engine and I agree as to the definition of a combustible mixture,’ Ricardo said. ‘It was an unfair debate, for the engine always had the last word, spat scornfully and then sulked.’ Eventually, he developed a technique for steering with one hand and feeding the engine with the other.

Although the wick carburettor was superceded, it bequeathed to the automotive industry a very unhelpful fuel standard, prizing volatility as the main determinant of fuel quality. This led to later engines developing ‘knock’ — a ringing sound which caused extreme aggravation. Ricardo, as a Cambridge undergraduate in 1904, helped out with research into knocking, which was determined to result from the fuel-air mixture detonating in the cylinder.

This problem was eventually solved by adding tetraethyl lead to the petrol (the invention of Wallace Carruthers, the unluckiest chemist in history, who also devised the use of chlorofluorocarbons as aerosol propellants) and Ricardo turned his attention to diesel, where as he put it ‘the relation of the fuel to the engine is far less intimate.’ Diesel allowed engine designers to supercharge as much as they liked, but designers had to work out a way of delaying ignition long enough for the fuel-air mixture to penetrate into the cylinder, ‘otherwise we would get beautifully smooth running with perfect control, but very little power.’ This was done by altering the properties of the fuel, but by 1935, there was still very little prospect of a standard diesel. ‘Different types of high-speed diesel engines have widely different tastes,’ Ricardo said.

The full article can be read here.

Accelerating from the engine room