It’s been a landmark week for space. We’ve had news of Airbus UK leading a new space weather warning project, academics in the US helping NASA recreate Titan’s methane seas, and an international programme to use space technology to solve global challenges. And of course, SpaceX delivered the dramatic debut of the Falcon Heavy rocket, the most powerful launch system deployed since the Space Shuttle.

Though widely acclaimed, SpaceX CEO Elon Musk has taken some flak over the launch, with one particularly po-faced Guardian piece calling it a waste of resources. The payload of a Tesla Roadster with a space-suited mannequin at the wheel was certainly indulgent; a clever and opportunistic marketing ploy with little scientific purpose. But the rocket needed a dummy payload, and a sports car against the backdrop of Earth is a damn sight more dramatic than a block of concrete. We shouldn’t begrudge an element of theatre when the boundaries of rocket science are being pushed. In fact, we should applaud it. Those images – seen all across the world - have the power to inspire, especially when soundtracked by Bowie. 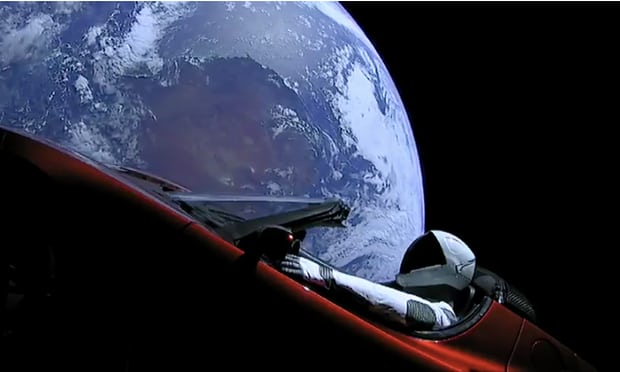 Whatever about the merits of the payload, the synchronised theatre of the twin boosters successfully landing was a moment of scientific wonder requiring no adornment. Until recently, the notion of reusable rockets was a pipe dream, something destined to remain in the realm of science fiction. SpaceX, despite some hiccups along the way, has transformed the ridiculous into the routine, these days casually returning Falcon 9 rockets to terra firma. Landing on the autonomous drone ship off the Florida coast has proved trickier, as demonstrated by the core stage of this week’s launch. Nonetheless, Falcon Heavy’s coming-out-party can only be hailed as a major success, and it could herald a new era of space exploration.

At an estimated cost of $90m per launch, the Falcon Heavy has the potential to dramatically shake up the satellite market, as well as take manned spaceflight beyond Earth orbit for the first time since the Apollo missions. Plans for a Falcon Heavy-powered manned journey around the Moon have been afoot for several years, but Musk recently indicated that these may be tabled in order to focus development on SpaceX’s next big project: the BFR (Big Falcon/F***ing Rocket).

Concentrating resources on the BFR would mean foregoing Falcon Heavy’s certification for manned flight, but the Falcon 9 is expected to begin crewed missions to the ISS using its Dragon module sometime in 2019. If development of the BFR is delayed – as Musk’s projects have a tendency to be – certifying the Falcon Heavy for crewed mission could still be an option.

“We’ll see how the BFR development goes,” Musk said recently. “If that ends up taking longer than expected, then we will return to the idea of sending a Crew Dragon on Falcon Heavy around the Moon, and potentially doing other things with crew on Falcon Heavy.” 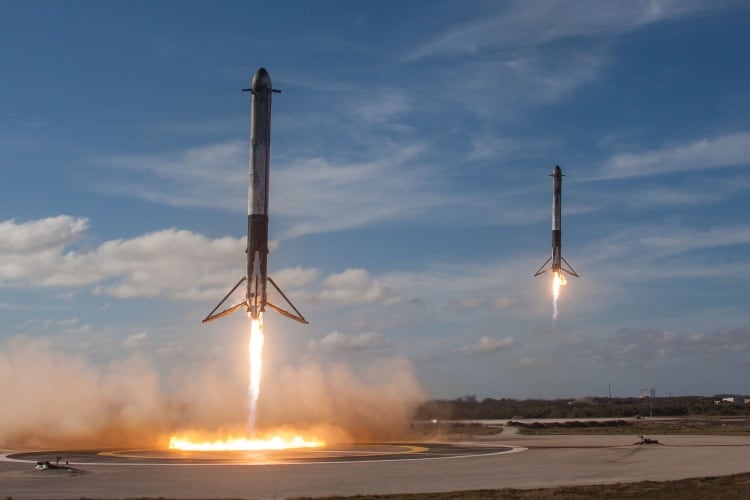 Musk has plenty of detractors, but it’s difficult to fault the man’s ambition, even if it sometimes eclipses his companies’ capabilities. In the space industry, where risk aversion is understandably such a dominant ideology, he has recalibrated the bounds of possibility, setting a new bar to which others will be forced to respond. And he’s done it all while putting on a show for millions watching around the world, no doubt encouraging countless young people to wonder how exactly you send a sports car into orbit. If there is Life on Mars, it’s those same young people who may someday set foot on the Red Planet to confirm it.

Video of the week: Falcon Heavy makes push for space