Cornwall’s Engineered Arts has gained global attention for producing some of the world’s most lifelike robots. Andrew Wade paid a visit to meet its latest creation in person.

Are robots better than humans?” Will Jackson, CEO of Engineered Arts, asks Ameca.

“Are you stronger than me?” Jackson continues.

“I’m not sure. Let’s find out. OK, let’s arm wrestle to find out who’s stronger.”

Unfortunately – or perhaps fortunately for Jackson – this was as far as the interaction went between the CEO and his company’s latest humanoid robot, Ameca, during a recent visit by The Engineer. Unveiled towards the end of 2021, Ameca has been making headlines ever since, attracting news crews from around the world down to Falmouth in southern Cornwall, where Engineered Arts is headquartered.

“I was born here,” Jackson told The Engineer. “Lived away for a long time, but Falmouth born and bred.”

That time away included a lengthy stint in Australia as well as a stretch in the US, where Engineered Arts’ robots are now making waves, particularly among the big west coast technology players. With a current headcount of less than 40, it’s still a small company, but one very much on the up, with plans to open London and California offices before the year is out. These locations should also help it attract more engineering talent, something the Cornwall location can sometimes make difficult.  “We’re looking for people with a real passion for robotics,” said Jackson. “The people we find are the best are the ones who you couldn’t stop making a robot. Don’t have to pay them to do it, you just couldn’t stop them.”

That passion can be seen everywhere you look around Engineered Arts’ Falmouth HQ. Half-built robot limbs are carefully pored over by young engineers at workbenches, circuit board designers try and source chips online amidst a global shortage, software specialists iron out kinks in code. The multifaceted, orchestral nature of robotics is on display in all its glory.

“Robotics is a lot of different disciplines,” Jackson continued. “You’ve got the design side, the manufacturing, production side of all these parts. You’ve got the low level software, high level software. You’ve got embedded design. You’ve got to put all of those things together. To do it efficiently and well, you need to do all of that within the same company... to do a really good robot design you’ve got just got to get right down to basics and do the whole thing from scratch.”

Previous robots, such as the lifelike Mesmer, have helped put Engineered Arts on the map, appearing in theme parks and at trade shows, engaging with audiences in entertaining, yet limited ways. Ameca, however, has garnered a whole new level of interest. Humanoid, though not designed to pass as human, it benefits from a much wider range of facial movements than Mesmer through multiple additional motors. 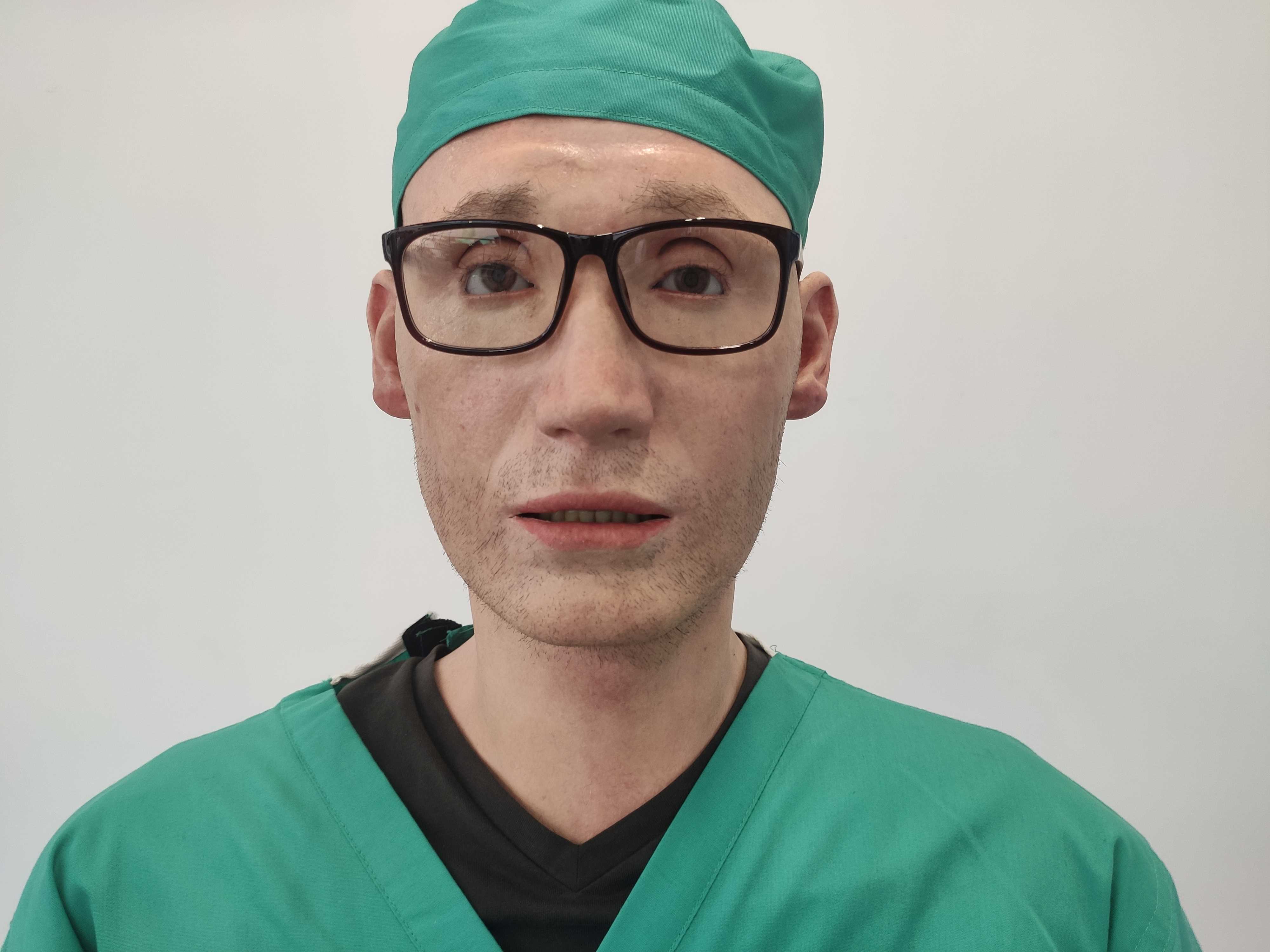 Alongside these motors, Ameca’s software and AI function marks a big leap forward, bridging ever further across the uncanny valley to deliver lifelike interactions that can be simultaneously astounding and slightly unsettling. You get the sense that Jackson and his multi-talented team thrive off seeing this mix of wonder and unease, the fruits of their meticulous labour writ large on the faces of the newly initiated.

“We got much, much more reaction to Ameca, and it’s because it’s obviously a robot,” said Jackson. “And if you make it do lifelike things...it suddenly becomes really quite captivating. We wanted to show off the mechanics and the engineering. We wanted to make it very obviously a robot. We were also going for something that’s gender neutral... keeping the grey colours, trying not to have any notion of race or ethnicity in there.

“But then at the same time it’s trying to stick to human body proportions. So all joints are in the right place. We put a lot of effort into the shoulder movement. I think we went through six different prototype versions to get to this one. And it still doesn’t have the full range that human shoulders can do.” 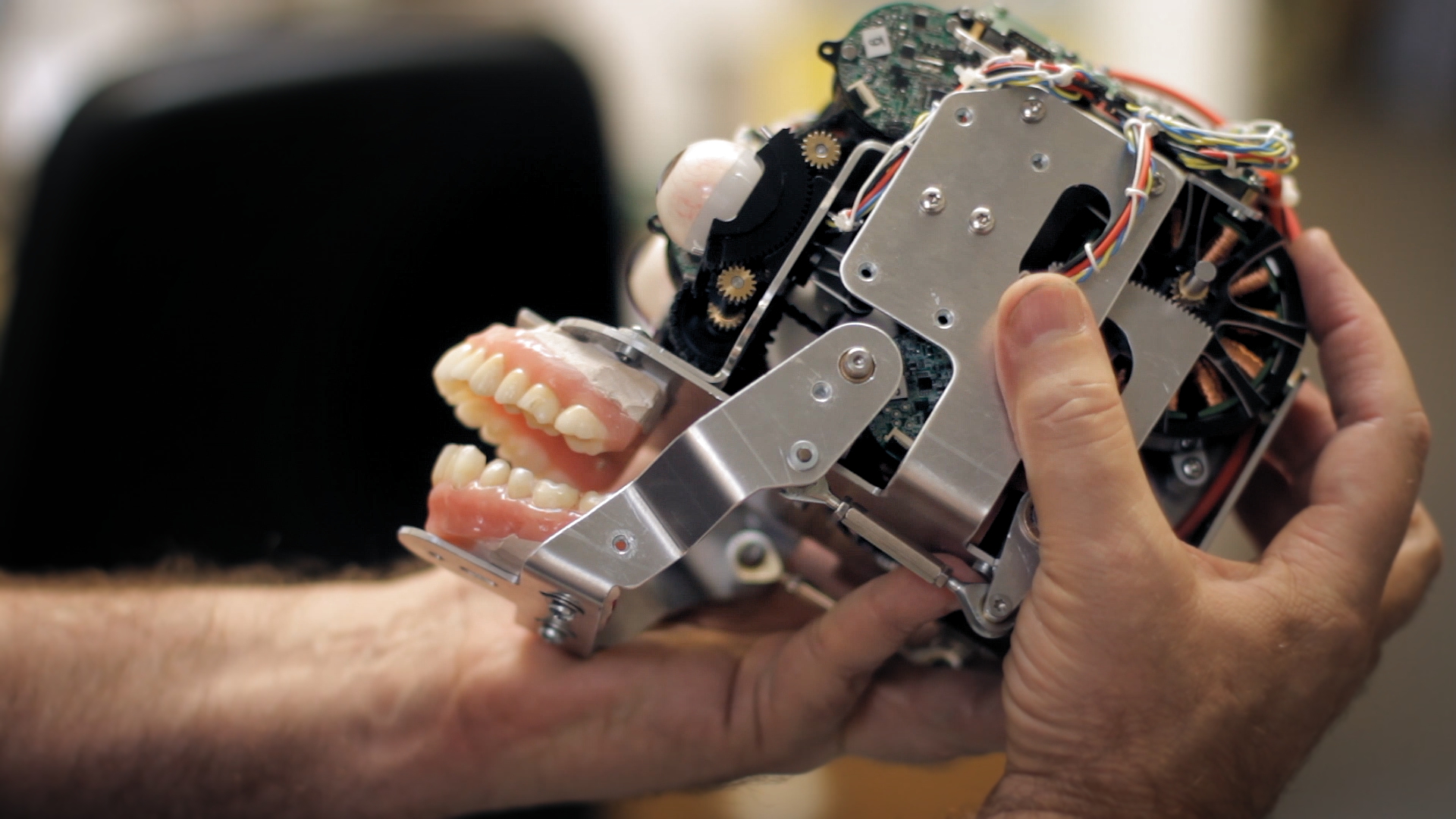 The skull of the Mesmer humanoid robot - Engineered Arts

Squeezing all required components into a very confined space, particularly for Ameca’s head, requires a high level of customisation. This means a huge number of parts are developed in-house, with some specialised parts made-to-order in China. Around 90 per cent of parts are produced on-site in Falmouth, by Jackson’s estimate, including much of the circuitry.

“You can’t use off the shelf driver boards or anything, you’d just never fit them in there,” said Jackson. “You’ve got to get things really, really highly integrated, very compact...the devil is in the detail.”

The current generation of Ameca has 52 motors, many of which drive the intricate facial movements. The next generation – due at the back end of 2022 - will be almost double that, adding more lifelike movements throughout the body, particularly in the hands, which are such an integral part of human communication.

“It’s our plan to do a generation a year,” said Jackson. “So we’ve got a roadmap going forward, I think, four generations…we’re thinking about it more as an evolving platform so you know, generation five will probably be very different from generation one.”

Given Ameca’s origin story, that timeline may be subject to change. The robot is a child of Covid, born out of the pandemic when orders for other robots dried up, allowing Jackson and his team to pour all their efforts into R&D. But now Ameca’s popularity means the problem has come full circle, with a huge amount of time now going into its continued production and several robots on order for various exhibitions and customers around the world.

“We wouldn’t have had the time to develop it because we would have been stuck shipping robots out the door, which soaks up everybody’s time,” said Jackson.

“We had a few people that went on furlough that we couldn’t keep busy, but we really wanted to just try and keep everybody busy. So it was like ‘OK, let’s focus on R&D’ and also the industrial arm came out of that as well.”

The industrial arm Jackson speaks of is a spinout from some of the research the company has done into robotic limbs, particularly around how they deal with balance and loads. One corner of the workshop has a pair of robotic legs hooked up to a treadmill, mobility being a feature that Ameca will soon have added. But it’s the arm that Jackson is most excited about, both from a technical and commercial perspective. 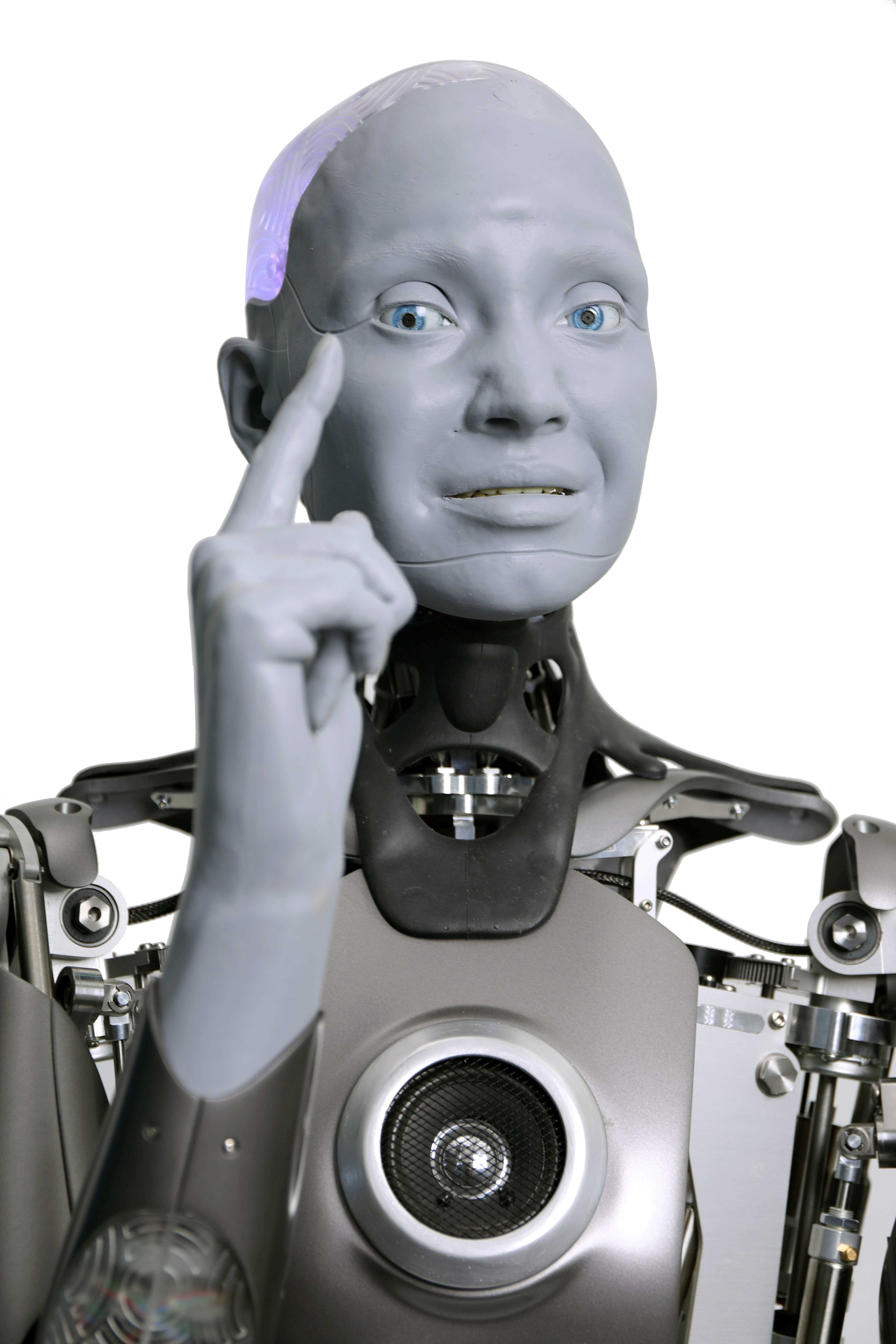 “The interesting thing about it is that it’s hybrid pneumatic-electric, BLDC drives and pneumatic cylinders,” he said. “The pneumatic component balances all of the gravity load and any payload you’ve got at the end of the arm, payloads up to 10kg. But the drive is ballscrews and it’s very low geared, so it’s very back-drivable, very sensitive force control that you can do with it and you can get great speed out of it as well.

“We’ve got a patent on the mechanical system that basically keeps the balance. The balance force is always correct. It doesn’t matter whether you roll the arm, extend the elbow - whatever position you go to, it remains balanced.”

The current prototype is fabricated from aluminium but the next generation will be carbon fibre, delivering a weight saving in excess of 70 per cent, which will greatly improve the speed. According to the CEO, the arm has potential cobot applications and the company is also exploring opportunities in the rapidly expanding warehouse fulfilment segment, having already held discussions with several major supermarkets. It’s one job where we can safely say that robots are, in fact, better than humans. Which jobs Ameca and its descendants are superior at remains to be seen, but they look set to be at the vanguard of a new technological age that will change the way we think about robots forever.

Ameca will be on display at the 2022 Engineering Design Show, running from 12 - 13th October at Coventry Building Society Arena

Vinyl Frontier: behind the scenes at Rega Research

The skills behind the screens