Cleaning up the clusters: how a regional decarbonisation push will be key to UK net zero ambitions

The UK is on course to deliver the first ever net zero industrial cluster by 2040. But what will the reality of a cluster future look like for Britain? Melissa Bradshaw reports.

We’ve all got a part to play in achieving net zero emissions by 2050. The ambitious target will require collaboration and investment across every sector to ensure appropriate measures are being put in place.

Industries recognised to be some of the biggest emitters of CO2 thanks to historical reliance on carbon-intensive processes are under serious pressure to innovate and implement change in the form of newer, ‘clean’ technologies.

Many of these heavy CO2 emitting industries, such as steel and cement, oil refineries, glass and chemical production, are concentrated in the UK’s industrial cluster regions, which contribute £170bn to our economy annually and provide over 2.6 million jobs, according to data from the Office of National Statistics (ONS).

This industrial production is clearly vital for the UK economy, and it’s critical that these regional clusters continue to thrive in the face of our climate commitments. But the clock is ticking, and there is no option for industry other than to decarbonise, according to UKRI’s Industrial Decarbonisation Challenge director, Dr Bryony Livesey.

“This is all about creating a new successful industrial region for the long-term, and that requires massive amounts of cooperation between all of the industries working in that region to make sure that the infrastructure that’s put in place is the right scale.”

UKRI’s Industrial Decarbonisation Challenge is part of the government’s Industrial Strategy Challenge Fund, designed to address major cross-disciplinary challenges for the UK. The Challenge is aiming to create the world’s first net zero industrial cluster in the UK by 2040 and at least four decarbonised clusters by 2030, supporting the foundation work to make these goals a reality. So far, Livesey said, we’re well on track thanks to ‘tremendous support’ shown from the industrial regions.

“One of the reasons we have the Industrial Decarbonisation Challenge is to support industry with the cost of doing this initial work,” she said. “We’re spending about £500m, £210m is coming from government and the rest from industry. The support for these initial costs has been large and it has made a big difference, because we’ve seen all of the major industries in our cluster region getting involved in the programme and that’s really important.”

Even with significant government support, it’s recognised that the cost of decarbonising will be very high for industry. The Challenge is aiming to address this proactively whilst emphasising the long-term benefits that will be seen, Livesey said, not just environmentally but in the form of new ‘thriving’ industries offering major opportunities for the engineering sector.

“We know that government is actively working to understand how these costs are going to be shared amongst various stakeholders,” she said. “All of that support for the operation of these projects is at a fairly advanced stage now, with full involvement from industry.

“It’s about enabling UK industry to operate and manufacture the goods that we all need and give us low-carbon power. It’s got to be paid for, but the general sense is that we are trying to do this in the most cost-effective way.”

One way of doing this involves encouraging projects to share knowledge between them wherever possible, she said, a key element to the collaboration that will be required across industry.

The challenge is investing in six industrial clusters, of which the expectation is that at least four will be substantially decarbonised by the end of the decade. The six cluster projects are Net Zero Tees Valley, Scotland’s Net Zero Roadmap, North West Hydrogen and Energy Cluster, Humber Industrial Decarbonisation Roadmap, South Wales Industrial Cluster and Repowering the Black Country.

“One of the important goals of the Industrial Decarbonisation Strategy is to make sure that these regions become very attractive for inward investment,” Livesey said.

“What we’re expecting is that when this infrastructure is in place for capturing CO2, and we’ve got local production of hydrogen on a large scale, this will attract new industries into these regions because it will be very easy and cost effective to produce decarbonised products.”

A blend of technologies is being put in place to achieve the ambitions of the projects, and it’s widely recognised that two of the most important will be CCUS (carbon capture, utilisation and storage) and hydrogen.

While industry must look at reducing electricity consumption wherever possible alongside measures like increasing use of renewables and alternative biofuels, it’s understood that in many cases, carbon capture is the only option because CO2 is an inherent part of many production process, Livesey added.

Projects such as Net Zero Teesside and Zero Carbon Humber are taking advantage of these technologies, with awareness that their status as some of the UK’s top CO2 emitting industrial regions can now present the opportunity to remove large amounts of the greenhouse gas from the atmosphere.

Net Zero Teesside’s offshore pipeline will capture CO2 and transport it to be stored deep underground, aiming to sequester up to 10Mt of CO2 each year, the equivalent annual energy use of over 3 million homes. Similarly, the Humber — the UK’s largest CO2 emitting cluster — will utilise flue gas capture technology and an amine solvent to remove and compress CO2 before transporting it in a fluid state for secure storage offshore. 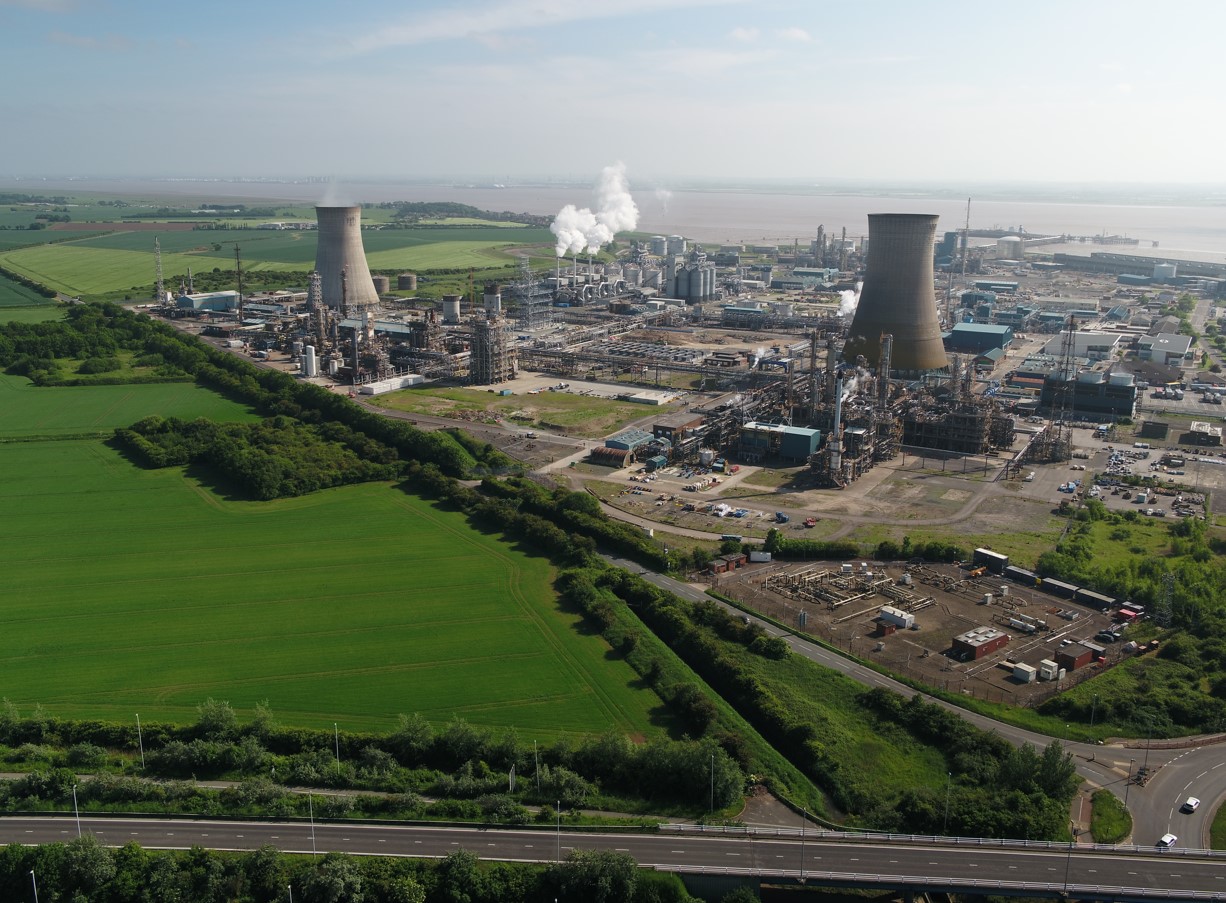 “We’re using technologies that exist now, and although new technologies will come along in the future, what we’re doing is getting on with this decarbonisation task now because it’s important that we do that rather than keep waiting and missing our target.”

Hydrogen production and storage is also set to become an integral part of the low-carbon clusters vision, but Livesey pointed out that it’s early days. Many industries are yet to recognise what the scale of ambition around hydrogen is and that there’s a realistic opportunity for hydrogen to become a key energy source in this decade, rather than in the far future, she said.

“We’re already seeing a lot of industries doing trials of hydrogen, for example glass manufacturers have done trials of how to convert their furnaces from natural gas to hydrogen. Various industries are doing trials but obviously this will need to ramp up very much over the next few years.”

For the UK engineering sector, decarbonising these industrial clusters is expected to bring a wealth of new skills opportunities in addition to preserving the jobs that already exist within the regions, in areas such as manufacturing and power production.

“We’re expecting new jobs, around looking at environmental impacts or different sorts of skills to manage different technical processes,” Livesey said. “In a future power plant, jobs are going to be quite different if you’ve got a carbon capture plant to think about as well as the turbines.

“We do a lot of work in our challenge to help our industry regions understand what skills will be required and the number of jobs that will be associated with the new opportunities.”

Ultimately, seizing these opportunities and decarbonising in the near to medium term is essential for industry and Livesey believes that the advantages of this are now widely recognised.

“For industries that are going to be in decarbonised industrial clusters, they have a massive advantage because the infrastructure they’re going to need to either convert to hydrogen or capture CO2 from their process is there. I think recognising that is going to be important for accelerating decarbonisation.”