One of the most celebrated names from the golden age of motoring has returned with a subtly re-engineered take on its most iconic designs. Chris Pickering reports.

In the case of the Alvis Car Company, the old adage that they “don’t make them like they used to” isn’t strictly true. The 103-year old British marque has put a series of its iconic models back into limited production, using the original blueprints and the same traditional methods.

Unlike some ‘reborn’ car brands there is a continuous thread that connects the modern company to its roots that were laid down in 1919. After Alvis was absorbed into British Leyland in 1965, much of what had been the road car side of the business was split off as an independent company called Red Triangle.

Red Triangle’s job was – and still is – to provide servicing and support for the existing Alvis models. But the company’s capabilities slowly expanded to include full ground-up restorations. In 2008, the company bought back the Alvis trademark, and two years later it announced a series of continuation models. These were initially based around the pre-war 4.3-litre cars, but the range has since expanded to include a selection of post-war 3-litre designs.

They had to follow genuine Alvis designs, and they had to be road-legal. And that’s where things got tricky

Company owner Alan Stote was adamant about two things when development began on the new cars: they had to follow genuine Alvis designs, and they had to be road-legal. And that’s where things got tricky.

To be used on the road, the Continuation Series cars would have to be put through the Individual Vehicle Approval (IVA) process. Although far less onerous than Whole Vehicle Type Approval, the emissions requirements would still be impossible to meet with the carburettor-fed engine in its original form.

Switching to a modern engine would defeat the aim of the project, so instead Alvis hired combustion specialist and former Lotus Engineering director David Taitt to develop an emissions-compliant version of the original six-cylinder pushrod unit.

“The IVA emissions requirements are frankly pretty generous, but it was clear from the start that we wouldn’t be able to meet them on the original triple SU carburettors,” he comments. “We were going to need to run a catalytic converter, which requires precise control of the air-to-fuel ratio, so we knew we’d have to switch to closed loop fuel injection.” 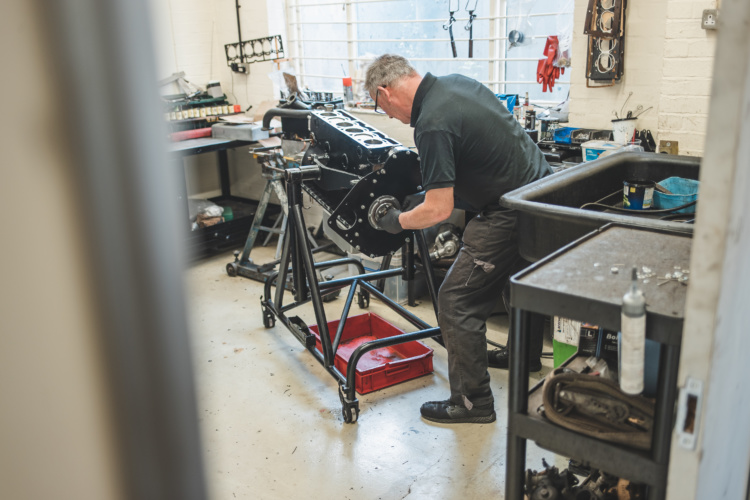 One of the goals of the project was to produce an engine that would be aesthetically pleasing as well as functional. With that in mind, the decision was taken to use three separate throttle bodies – one on each pair of siamesed inlet ports – to echo the original SU carburettor layout. This meant that the upstream components, such as the distinctive airbox arrangement, could be carried over unmodified.

The siamesed ports also posed one of the most significant problems when it came to mixture control, Taitt explains: “When you inject into a pair of ports, you have to be absolutely sure that the fuel will go down the correct one, otherwise you’ll mess up the mixture and the catalyst won’t work. The biggest challenge was cylinders three and four. They’re close together in the firing order, so you need an inlet cam duration of less than 240 degrees, otherwise you could have one valve opening before the previous one has fully closed.”

At the beginning of the project, Taitt paid a visit to the Alvis archives in Kenilworth, where all the specifications of the original engines are held, along with an incredible 70,000 period documents.

“It was a really interesting change from working on modern engines. I remember spending a whole day just poring over all the drawings – it was an absolute delight,” he recalls.

Armed with the required data, Taitt constructed a single-cylinder 1D simulation model of the engine using the Lotus Engine Simulation package, which is free to download from the Lotus Engineering website. This confirmed that the engine’s performance would be adequate with a relatively modest 240-degree cam duration, which effectively solved the issue surrounding mixture control with the siamesed ports.

The next challenge was to source injectors that would be capable of supplying sufficient fuel flow at full throttle but also delivering the precise metering required at lower loads. At one stage, the idea of using two injectors per port was considered, but a suitable design was found that satisfied both requirements. This came from Specialised Technologies in Norfolk – a company that has a background in working with the BMC A-Series engine, which features a similar siamesed intake port configuration.

The fundamental design of the engine has remained virtually unchanged, but with access to improved materials and modern petrol, the decision was taken to increase the compression ratio. Taitt initially went for around 8:1, but the prototype engine had problems with idle stability and emissions, so he went back to his computer analysis.

“The problem with a comparatively low compression ratio engine is that you’re left with a significant volume in the combustion chamber at the top of the stroke. That means that there’s still quite a lot of spent gas in there when the fresh charge comes in with the induction stroke,” he explains. “Back in the 1930s they’d have simply run the engine very rich at idle, which makes it easier to ignite the mixture. You can’t do that with a catalyst, so we increased the compression ratio to 9:1 in order to expel the spent gas more effectively. This solved the issue, giving us a stable idle and very good emissions.”

By modern standards, the electronic control system used on the engine is very straightforward. A single lambda sensor is used to measure the oxygen content in the exhaust, along with position sensors for the throttle bodies, crankshaft and camshaft.

The seven-bearing crankshaft, forged connecting rods and alloy pistons are all subject to modern materials and manufacturing techniques, but the cast iron mono-bloc is carried over straight from the original design. To ensure reliability, the peak cylinder pressure was monitored in the simulation and kept to broadly the same level as that of the original engine, but a healthy power increase was achieved.

Originally rated at 137 bhp, the modern incarnation of the engine produces 170 bhp and some 260 lbft of torque. That’s enough to propel the new Alvis Vanden Plas Tourer from 0 to 60mph in well under 10 seconds – serious performance for a four-seat tourer based on a 1936 design.

In some respects, the most surprising thing is how little modification was required to update the engine to satisfy modern performance and emissions criteria. Taitt puts this down to the strengths of the original design.

“The engineers who designed these engines were working to the constraints imposed by the materials, fuel chemistries and analytical techniques available at the time. But there’s no doubt that they were clever people,” he says. “The engine has a long-stroke, two valve per cylinder configuration, which is very much a product of its time. But when you start to look at things like the inlet gas velocity and mean piston speed, they’re pretty much in line with what you’d expect from a modern engine. The combustion chamber geometry is also quite advanced, with a nice big, open volume and no shrouding on the valves.” 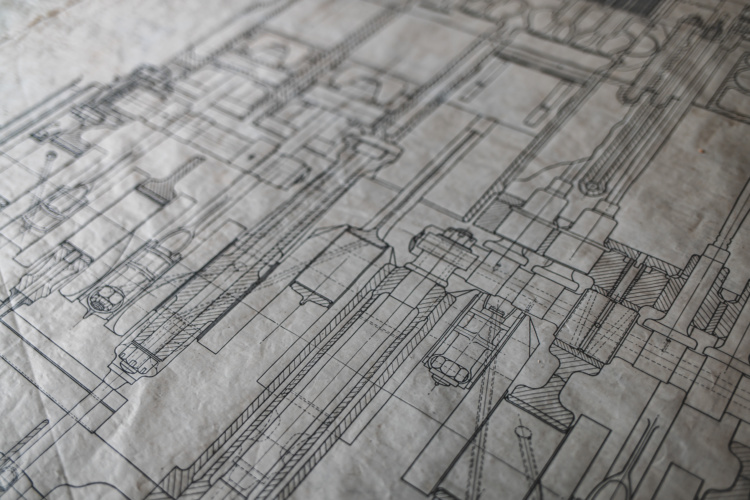 The success of the Continuation Series Vanden Plas Tourer has prompted Alvis to release limited production runs of a further four models: the 1938 Lancefield Concealed Hood and the stunning art deco Bertelli Coupé from 1935, along with the Graber coupé and the Park Ward Drophead Coupé from the late 1950s. The post-war cars use a 3-litre straight six that has been similarly updated to blend classic style with modern reliability and emissions compliance.

For now, the plan is to produce 25 examples of each model. These are the first new cars to come from Alvis since 1967. But with the growing desire for new vehicles that combine classic style and exclusivity with modern reliability and performance, we doubt they’ll be the last.

An education in engineering