How to write the perfect graduate engineering CV

Writing CVs can be particularly tricky for engineers because of the need to balance technical and transferable skills. Our guide will set you in the right direction.

CV writing is a fine art. By the end of university you’ll likely have a broad range of skills and experiences – more than you probably realise – but summarising them in a way that will impress prospective employers is both vital and tricky.

Engineers can have a particularly difficult job when it comes to crafting a graduate engineering CV because, unlike many graduates, they often need to demonstrate technical knowledge, practical experience and soft skills such as communication.

1. Get the layout right

The first thing to consider is the layout of your document. It’s the first thing employers notice and getting it wrong is one of the most common mistakes, says Peter Panayotou, co-founder of CV improvement service The Write Stuff.

‘It can be really simple things such as big blocks of text making it look it’s an essay,’ he says. ‘I prefer things to be laid out so it’s neat and easy to navigate on the page. That means breaking things down into bullet points.’

The most common approach to layout is to separate the CV into different sections so it’s easy to read. ‘Qualifications and training are probably right at the top,’ says Michael Piper, engineering and construction director at recruitment company Hays. ‘Don’t just put “2:1 Engineering”. If you did three modules then bullet-point them out so it describes in detail what you’ve done.’

Something else to consider at this point is a personal statement succinctly summarising your career goals, your areas of expertise and your most important skills and experiences. ‘If you’re not sending an accompanying letter then a brief personal statement is important,’ says Piper. ‘You can cut and paste it but tweak it for each job.’

Next it’s time for the detail. When you’re applying for your first graduate level job, you work experience is likely to be limited so employers are most interested in the potential you show based on the skills and knowledge you have accumulated. This means it can be useful to create a skills section before you list each job or placement you’ve held.

‘A lot of people don’t take advantage of this or pay particular attention to it, but a lot of employers will look for a technical skills section,’ says Panayotou. This could include software packages you’ve used or roles you’ve taken within your university project work.

It’s also important to include evidence in the form of examples of how you have gained or used each skill. ‘Sometimes people make random claims,’ says Panayotou. ‘You’ve got to say why you’re good at something.’

And make sure you don’t forget to also include transferable skills such as leadership or working under pressure. ‘Most people at this stage are bundles of potential rather than a proven track record so get down on the page all things you’ve done that could apply elsewhere,’ says Piper. ‘Don’t just say you were captain of the football team. Say ‘I organised this tour, I had to price up different hotels, I had to use a spreadsheet to track money.’ 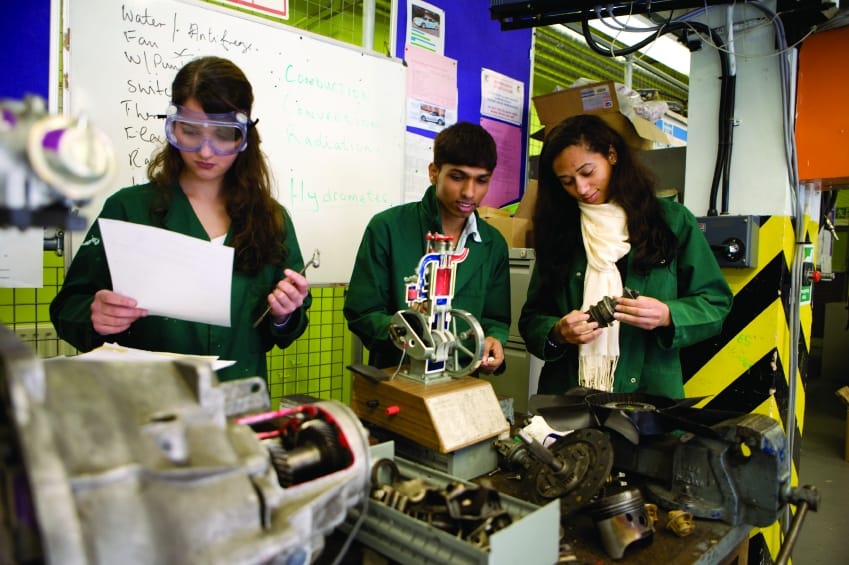 Next comes your work experience. Again, try to describe in detail examples of the duties you had during each placement. ‘What you need to pull out can depend on who you are going to send the CV to,’ says Panayotou. ‘If you know what the employer is looking for you need to cover that so match your skills against the job criteria.’

This detail is important not just to demonstrate the specific skills you gained but also to prevent you from being caught out later on. For example, if you redesigned one component in a motor, don’t imply you were responsible for the entire project. ‘When you get to the interview stage,’ says Piper, ‘people will ask: “What did you do? How did you prioritise that work?” If you haven’t been accurate in your involvement you’ll soon start to drown.’

Because it’s so important to cover both your technical and transferable skills in some detail, it can be easy to end up with a graduate engineering CV that stretches over several pages And if you’re concerned about your lack of experience, you may end up over-compensating by providing unnecessary background information or padding. ‘I had one CV that was seven pages long and was more like an autobiography,’ says Piper.

Try to keep to a maximum of two pages by deleting repetition and sticking to short sentences that get straight to the point. Any more than this and employers are likely to become suspicious because they don’t expect graduates to have years of experience.

One method of keeping the length down is to tailor your graduate engineering CV depending on the company you’re sending it to. ‘For example, if you have a civil engineering degree and you’re applying for a water company, highlight the modules that cover that sector,’ says Piper. ‘If you’re applying for something more geological, focus on the geology. Rather than give each one equal amounts of space, focus on the most relevant bit.’

However, writing a whole new CV for each job you apply for isn’t usually worth the effort. Instead, aim for a single well-written document that you can tweak depending on the type of employer or sector. ‘CVs are made up of facts and none of that changes,’ says Panayotou. ‘I would aim to have one CV that, as much as possible, covers all eventualities.’

Finally, your graduate engineering CV should include references because, even if they aren’t requested at the application stage, they demonstrate there are people who you are confident can vouch for you. ‘It’s better to have somebody you’ve worked for outside the world of academia,’ says Piper. ‘A teacher is the most biased referee you can have, apart from parents. It’s better to have an objective, professional person.’

Once you’ve written your graduate engineering CV, make sure you spend a long time checking it for errors including spelling, grammar and slang or colloquial language. You also need to ensure you’ve used a consistent writing style – either first person (I am) or third person (he/she is) – and the same font type throughout.

In some ways, this is the most important piece of advice to remember. If you make this kind of stupid mistake it won’t matter how perfectly you’ve described your skills, your graduate engineering CV may end up in the bin before it’s even been read. ‘When someone says they’ve got good attention to detail and then has spelling mistakes in their CV they’re shooting themselves in the foot,’ says Piper.

Getting one of your friends to read it can be a good idea, not least because they’ll also let you know if you’ve fairly reflected your own abilities. ‘Find someone who’s candid, not a “yes man”,’ says Piper. ‘Someone who can say if you’ve done yourself down or bigged yourself up. This is a piece of branding with the sole purpose of getting you in front of a client. You need to be positive without being false.

Hiring: how to get a graduate engineering job with Bosch

How to get a graduate engineering job with Bentley Motors