In the first of a new series of articles Nick Smith surveys one of the founding fathers of modern electrical power, Nikola Tesla, whose career was a roller-coaster of breathtaking successes and monumental failures (All Images of Nikola Tesla courtesy of Wellcome Images) 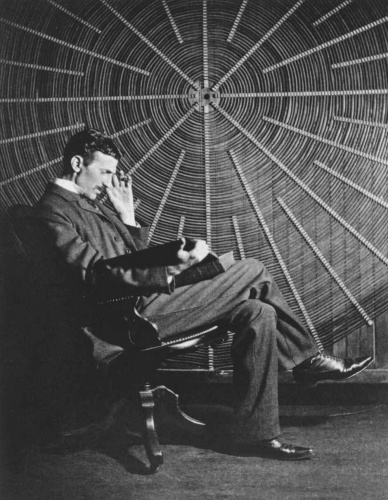 At around midnight on 9-10 July 1856, while thunder and lightning raged, one of the greatest electrical engineers of the early 20th century, Nikola Tesla, was born. The midwife said he’d be a ‘child of the storm’, while his mother thought he’d be a ‘child of light’. Looking back at Tesla’s career as an engineer, inventor and futurist – one defined by controversy and innovation – it’s tempting to think that both women present at his birth had a point. This is because Tesla, while playing a robust scientific role in bringing electrical power to the modern world, also dabbled in death rays and interplanetary communication. Both eccentric recluse and shameless self-publicist, he was a godsend for journalists looking for sensational copy. But he was also a headache for more responsible newspaper editors who were never quite sure how seriously to take the archetypal mad professor’s claims.

Tesla was born at a time when the world as we know it today was being invented. Rapid industrialisation was spreading across Europe and the US. The second Industrial Revolution of rail and telegraph networks, mass production and machines, was ushering in the early dawn of globalisation. And somewhere on the outskirts of the Austrian Empire, in the tiny village of Smiljan (in what’s now Croatia), the son of an Eastern Orthodox priest was embarking on a journey that would bring electricity to a world lit by gas and powered by steam. Despite his fascination with his physics teacher’s demonstrations of electricity, and his ability to juggle differential calculus in his head, the young Tesla was initally destined for a career in the church. But, seeing his son dying of cholera at the age of seven, his father promised that if the young Nikola could only recover, he’d be released from his obligation to the clergy and sent to engineering school. Duly recovered, Tesla was to excel at the Austrian Polytechnic, before becoming chief electrician at the Budapest Telephone Exchange.

In 1882 Tesla moved to Paris, where he joined the Continental Edison Company, eventually getting himself noticed for his work on designing and building dynamos and motors. By June 1884, he’d emigrated to the US – legend has it, with just four cents in his pocket and the calculations for a flying machine – to join the Edison Machine Works in New York, where he ended up trouble-shooting the company’s efforts to create an urban power utility. While the young engineer only met the great Thomas Edison in person a few times, he made a big impression, with the American saying: “This is a damned good man.”

Tesla’s stay at the Edison Machine Works was not a happy one. He competed for, and won, a $50,000 bonus, only to discover it had been a practical joke and to be told that he didn’t understand American humour. Understandably, Tesla felt no regret at leaving the cash-strapped organisation at the end of 1884, scribbling in his diary: “Good by to the Edison Machine Works.” He then independently established the short-lived Tesla Electric Light & Manufacturing company, during which time he filed patents for new types of alternating current (AC) motors and power transmission equipment. In 1886 his investors pulled the plug, leaving Tesla flat-broke and reduced to digging ditches for a living at $2 a day.

He was to have better fortune with the similarly named Tesla Electric Company, established with entrepreneurs Alfred S Brown and Charles F Peck. In a deal where each owned a third interest, Tesla was also provided with a Manhattan laboratory in which he developed his polyphase induction motor. The technology patented, a press release was circulated and, at the arrangement of the editor of Electrical World, Tesla demonstrated it before the American Institute of Electrical Engineers. Word reached George Westinghouse (of the Westinghouse Electric & Manufacturing Company), who had been looking for such an invention to integrate into his AC power system. Westinghouse licensed Tesla’s motor for $60,000 in cash, plus stock and royalties, as well as hiring him on a colossal monthly stipend of $2,000 (about £50,000 in today’s money) during a time when the so-called ‘War of the Currents’ was flaring up between proponents of AC and direct current (DC), with Edison Electric making claims for the superior safety of its DC system over Westinghouse’s AC technology. 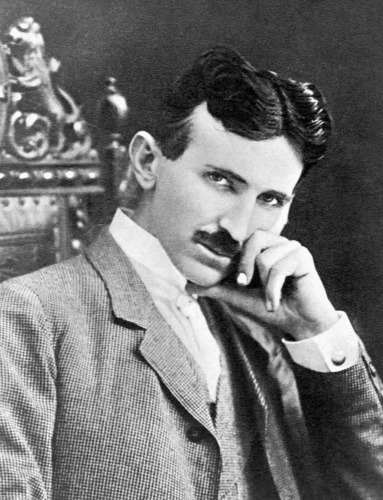 Two years later, during an economic panic created by the near collapse of Barings Bank, investors in Westinghouse started to call in their loans, causing the company to reduce its commitment to research and development. Tesla was forced out of his royalty arrangement, but six years later managed to sell his AC patents to Westinghouse for $216,000, leaving him enormously wealthy and, perhaps more importantly, free to follow his own interests, that included the invention of an electrical resonant transformer circuit (the eponymous ‘Tesla coil’) that would revolutionise wireless telegraphy. Its first public demonstration was in 1891, the year he both patented the technology and became an American citizen.

During the last decade of the 19th century, Tesla would become essentially a freelance inventor, working initially on wireless lighting systems and the development of a steam-powered reciprocating electricity generator (known as ‘Tesla’s oscillator’) that was intended to simplify the steam engine. But in 1893 there was to be a cardinal event in the history of electricity supply, when Westinghouse Electric won the contract to illuminate the World’s Columbian Exposition using electric light generated by a fully integrated AC system, with Tesla in attendance, hired by Westinghouse to assist with demonstrating the technology.

Later that year Tesla acted as a consultant to the Niagara Falls Cataract Construction Company advising on how to transmit power generated by its new hydroelectric plant. The year 1895 saw the establishment of the Nikola Tesla Company that, while attracting few investors, was to handle Tesla’s patents (of which there were some 300) for decades to come. Patents were a subject on which Tesla appeared to have a resigned sense of humour. On being informed that his rival inventor Guglielmo Marconi was transmitting wireless messages across the Atlantic, he said: “Marconi is a good fellow. Let him continue. He is using 17 of my patents.”

The next big challenge for Tesla was wireless power and communications transfer. Neither had been done over any distance with any success, and by the mid-1890s he was working on experiments in his East Houston Street laboratory to conduct electricity either through the earth or the atmosphere using a large resonance transformer magnifying transmitter. This was followed by a laboratory at Colorado Springs, in which he conducted larger-scale experiments than he could not safely perform in New York.

It was at this time that Tesla observed rogue signals that he took to be communications from another planet and wrote an article to that effect in one of the popular magazines of the day (he’d probably intercepted one of Marconi’s test transmissions.) But, at the time, the press was running riot with space stories (HG Wells’s The War of the Worlds had been published in 1898), and in June 1900 Century Magazine published a clever multiple exposure photograph of Tesla in his lab, dwarfed by lightning discharges. Over the next few years Tesla attempted to raise the stakes by building an even bigger transmitter at his Wardenclyffe Tower facility 100 miles outside New York with backing from the US banker JP Morgan. But with Wall Street now heavily backing Marconi, and the once pro-Tesla media dismissing Wardenclyffe as a hoax, the by now debt-burdened Tesla was forced to call it a day.

Tesla’s career declined into self-parody, with the fallen engineer reduced to hosting bizarre annual press conferences, claiming in 1932 to have invented a motor that could run on cosmic rays. In 1933 he announced his discovery of a new form of energy altogether. In 1934, a death-ray superweapon, and in 1935 a mechanical oscillator that would earn him $100m in two years. On 7 January 1943 the increasingly eccentric engineer died alone in his room at the New Yorker Hotel, aged 86. Two thousand attended his funeral at New York’s Cathedral of Saint John the Divine. The FBI ordered the confiscation of his papers and his ashes are now kept in a golden orb at the Nikola Tesla Museum in Serbia’s capital Belgrade, where there is an airport named after him. 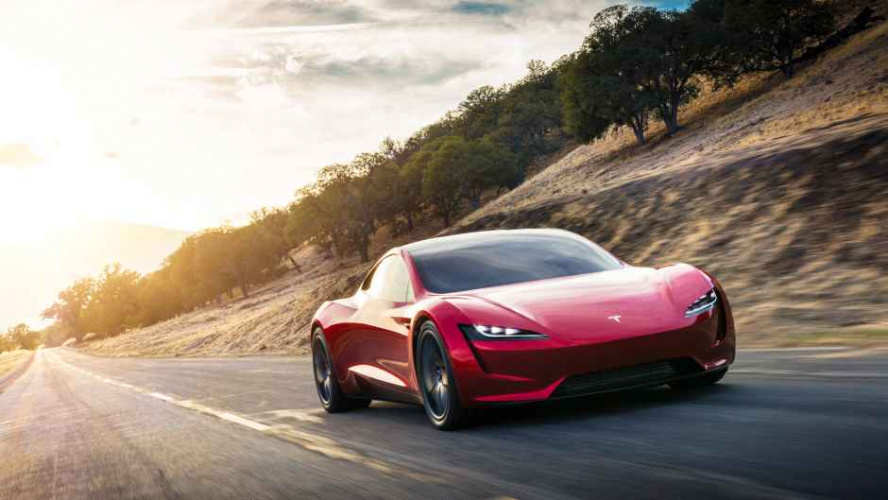 If the last decades of Tesla’s career are overshadowed by pathos, his rehabilitation has been spectacular. Today, the SI-derived unit of magnetic flux density is the tesla. On the silver screen he was played by David Bowie in the movie The Prestige, while his name is now a globally recognised consumer brand in the form of the world’s best-selling plug-in passenger car, produced by the US company known by one word: Tesla.