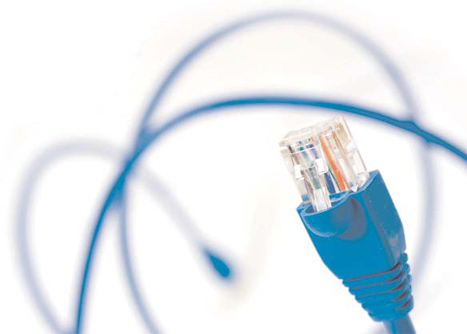 Power junkies are taking over our cities. Maybe you’ve seen them in a café, head down, laptop under arm, searching for a source of electrical power to feed their addiction. Or perhaps they’ve been lurking next to a games machine, waiting for an opportunity to unplug it so that they can charge their iPad in time for their next Twitter update.

The insatiable need for electricity is only set to get worse. Finally, after years of screeching dial-up connections, people can take their cyber existence with them on the train, as they walk to work, or while they wait for a bus. Everything has become more convenient and far more connected. That is, of course, until your laptop ’low-battery’ light starts flashing and you join the crowds in the frantic search for a charging point to save that all-important document.

Since the introduction of ’wireless’ technology, scientists have been working on a way to cure this mass dependency on power. The holy grail is to develop a system that can recharge its batteries without the need for an external energy source. And thanks to a new wave of piezoelectrics - materials that create electrical potential when subject to pressure - their efforts are now picking up pace.

’Piezoelectrics is one of these dark horses,’ said Prof Robert Dorey, head of the Microsystems and Nanotechnology Centre at Cranfield University. ’It has been around for a long time - for instance, the phone on your desk or the small speakers on your earphones will have a high probability of incorporating piezoelectrics. But the applications of piezoelectrics have only really taken off in the last five years, since the scaling down of technology and rise in mobile communication.’

The piezoelectric effect takes place in a number of crystalline and ceramic materials. Exposing them to mechanical force causes a separation of electrical charge, which sets up a voltage that can be used in practical applications. In 2001, Trevor Baylis, the British inventor best known for his wind-up radios, famously walked 100 miles across the Namib desert in his ’Electric Shoes’, which charged a small battery that allowed him to use his mobile phone. Technology has come a long way since then and a large body of work, particularly in the UK, has been focused on the use of movement and sound to generate electricity.

’At the moment there is a lot of excitement around zinc-oxide nanowires,’ said Dorey. ’They’re cropping up all over the place, because they are relatively easy to fabricate. A lot of these zinc-oxide nanostructures can almost be grown from solution. So instead of having to do very complicated high-temperature processing, which you sometimes do with these piezoelectric materials, you can get these things to grow on substrates.’

“The amount of sound you would need to power a mobile phone would deafen you”
TIM COMYN, LEEDS UNIVERSITY

Researchers in Korea have recently demonstrated the use of zinc-oxide nanowires to convert ~100 decibels of sound into enough energy to power small electronic devices. The nanowires were grown on a sapphire substrate using a thermal chemical vapour deposition (CVD) system and then sandwiched between two electrodes. When exposed to noise they generated a mild electrical current of around 50 millivolts. While this currently isn’t enough to power most devices, the researchers hope that in the near future the technique can be used for applications such as charging mobile phones during conversations or for sound-insulating walls near motorways that can generate electricity for lighting.

But not everyone is convinced. Tim Comyn, a senior research fellow at Leeds University’s engineering department, believes that generating electricity from sound would prove too difficult for most practical applications. He said: ’To put this in perspective, a 100W loud speaker, which is quite loud, is typically only 0.1 per cent efficient. So you’re only generating 0.1W of sound. If you imagine you were able to conceptually gather all that energy, your mobile phone would require around 1W or 2W. So the amount of sound you would need to power a mobile phone directly would deafen you.’

Comyn claims that the future is in the use of kinetic energy to generate power. He is involved in a two-year project, along with Dorey and researchers from five other UK universities, to develop systems that capture the kinetic energy produced when soldiers march and use it to power equipment. The £1m project is being funded by the EPSRC and the Defence Science and Technology Laboratory (DSTL) and is hoped to reduce the weight an average foot soldier has to carry by up to 10kg. 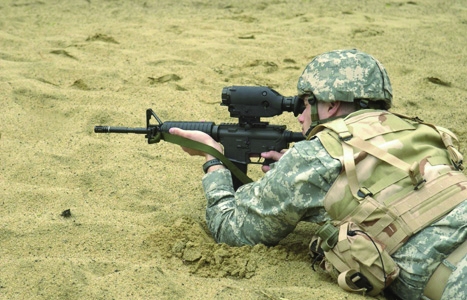 ’You can harvest the energy of soldiers running using devices that are placed around their body,’ Dorey said. ’But we’re also looking at other applications for piezoelectrics, such as how we can apply these coatings to the side of a tent. With that you’re getting seriously enough power to charge up a phone overnight, power a GPS and all of the other electronics a soldier carries. The battery can then play a much smaller role.’

A major problem, however, is discreetly integrating piezoelectrics with other textiles, while still maintaining their efficiency. ’We want something that forms part of a component, and putting piezoelectrics onto flexible substrates is certainly a challenge,’ he added.

While research in the UK is currently focusing on military applications, Dorey is confident that within 10 years, energy harvesters will be used more widely and could one day satisfy the needs of the population. ’Instead of having a big power station, we need to take a leaf out of the computer network-type approach where you’ve got little harvesting systems scattered around your household. So, say your phone is generating some power, it gives excess energy to your toaster, which can then also give energy to your fridge. You see a structure where a household will generate enough electricity for itself and transfer the excess to its neighbours.’

The global market for piezoelectric actuators and motors was estimated to be around $6.6bn (£4.1bn) a year ago and is expected to rise to $12.3bn by 2014. If research progresses at the current rate, the UK could get a significant share of that figure and help shape the world’s energy infrastructure. In the meantime, power junkies will have to remain tethered to their chargers as the ’wireless’ world continues to grow.

Scientists have developed an eco-friendly alternative to PZT

Around 90 per cent of piezoelectric materials are made from ceramic crystal lead zirconium titanate (PZT). The material is toxic due to its lead content, and is one of the only exemptions to the European directive on the restriction of the use of certain hazardous substances in electrical and electronic components.

Scientists at Leeds University have been focusing on developing environmentally friendly, non-toxic alternatives to PZT before the exemption is reviewed in 2012.

The university’s Institute for Materials Research has been using the Diamond Light Source at the Science and Technology Facilities Council’s (STFC) Harwell campus (see The Engineer, 4 October) to investigate the structure and properties of piezoelectric ceramics and published the results in the latest edition of Applied Physics Letters.

The group used the I15 Extreme Conditions beamline at Diamond to probe the interior crystal structure of the ceramics with a high-energy pinpoint X-ray beam. The scientists claim to have seen changes in the crystal structure as an electric field was applied. Their results demonstrate that a new material - potassium sodium bismuth titanate (KNBT) - has the same piezoelectric properties as PZT.

Tim Comyn, lead investigator on the project, said: ’These results are very encouraging. Although harmless when in use, at the end of their lifetime these PZT gadgets have to be carefully disposed of due to their lead content and as a consequence there is significant interest in developing lead-free ceramics.’

Adam Royles, a PhD student working on the project, added: ’Not only could a lead-free solution mean safer disposal of electronic equipment, by virtue of the absence of lead, these new materials are far lighter than PZT. The piezoelectric market has applications in many fields, where a lighter, lead-free alternative could make quite a difference.’

The team will continue to study the properties of KNBT crystals and are now working at Diamond to study the electric field induced transformation at high speed (1,000 times per second) and under various conditions using different detectors.