The remarkable story of Catesby Tunnel

A 19th century railway tunnel has become home to one of the most advanced vehicle test facilities in the world. Chris Pickering reports

The remarkable story of Catesby Tunnel in Northamptonshire stretches across three centuries of engineering innovation. It was conceived with the limitless optimism of the Victorian age as part of the Great Central Main Line – a railway that would run from the industrial powerhouses of Manchester and Sheffield to the very heart of London. Opened in 1898, the tunnel thundered to the sound of mainline steam locomotives for nearly 70 years before it was closed as part of the Beeching cuts in 1966.

These days the tunnel echoes to the sound of a very different type of locomotion. Officially opened in December 2021, it’s now home to the world’s longest indoor aerodynamic test facility, providing a controlled, repeatable environment in which to test everything from bicycles to racing cars.

The idea of studying cutting-edge aerodynamics in a Victorian railway tunnel might sound peculiar, but it offers a number of inherent advantages as the facility’s director, Rob Lewis, explains: “The key benefit compared to outdoor testing is the level of repeatability that we can offer in the tunnel. There’s no wind and no rain, plus the fact that it’s underground means that the atmospheric conditions are remarkably constant, with a temperature of around 11 degrees the whole year round.”

Repeatability is hugely important in aerodynamic testing, he points out. A gain of one per cent would be considered a valuable improvement in aerodynamic efficiency on a road car, and this could well be the cumulative impact of a series of minor changes, each measured in tenths of a percent. At that level of detail, a single gust of wind could render the entire study meaningless.

And it’s not just environmental effects that introduce this ‘background noise’ into the measurements. Once you get into very small numbers, the subtle effects of minor details such as tyre deflection and surface textures can become significant too. These can be difficult to represent accurately with scale model wind tunnel testing or computational fluid dynamics (CFD) simulation, so there is a strong argument for using a full-size vehicle. 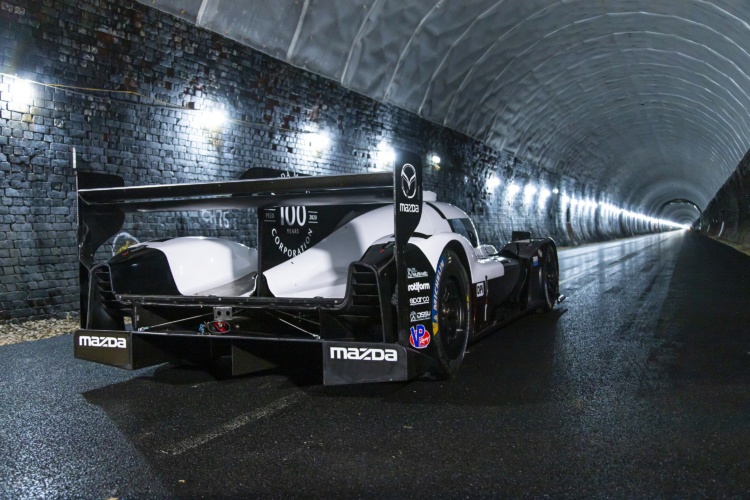 Another factor is the cost. Catesby’s operators are quite upfront about the fact that hiring their tunnel will set you back considerably more than you’d pay for a few hours on a windswept airfield, but it remains an order of magnitude cheaper than a full-scale wind tunnel. What’s more, the setup costs for a wind tunnel model or a large scale CFD programme can be eyewatering, even before the first test runs are carried out.

With all of this in mind, aerodynamicists had been kicking around the idea of testing inside disused tunnels since at least the mid-1990s. A decade later, US motorsport team Chip Ganassi Racing purchased the Laurel Hill tunnel in Pennsylvania and began carrying out testing there. By that point Rob Lewis and his colleagues at CFD consultancy Totalsim had already begun looking into the concept themselves. However, he admits that testing at Laurel Hill, as part of a project with Aston Martin Racing, did give them more confidence in the idea. “It’s common sense really,” he notes. “If you take away the other variables in the test, you’re inevitably going to get a better result.”

Most of the tunnels they considered were dismissed as too short, too twisty or beyond economical repair. But then Lewis and his colleagues came across Catesby, which runs dead straight for 2.7 kilometres (1.7 miles) with a constant gradient of 1:176 and an elevation change of just ±3mm over its entire length. With a cross-sectional area of some 42 square metres, it’s also comfortably larger than most wind tunnels, allowing vehicles up to the size of small trucks to be tested (with Totalsim able to supply the appropriate correction factors to account for the aerodynamic blockage).

The icing on the cake was its location – just half an hour away from Totalsim’s Silverstone headquarters in the middle of the UK’s ‘Motorsport Valley’ and a similar distance from the cluster of automotive companies around Leamington Spa.

A separate organisation, Aero Research Partners, was formed with Totalsim and an unspecified automotive OEM among its members. In the end, some £15 million of investment was secured from a mixture of public and private funding, with work on the project beginning in 2013. It’s since weathered Brexit, Covid and a major global recession to come to fruition.

At present, the tunnel is simply a controlled environment in which car manufacturers, race teams and other organisations can stage their own tests. There’s no speed limit as such, but all tests need to be approved with an individual risk assessment; if you turn up with a professional racing driver in a carbon fibre LMP1 car, it’s a fair bet that you’ll be allowed to run faster than a lab technician in a Transit van. 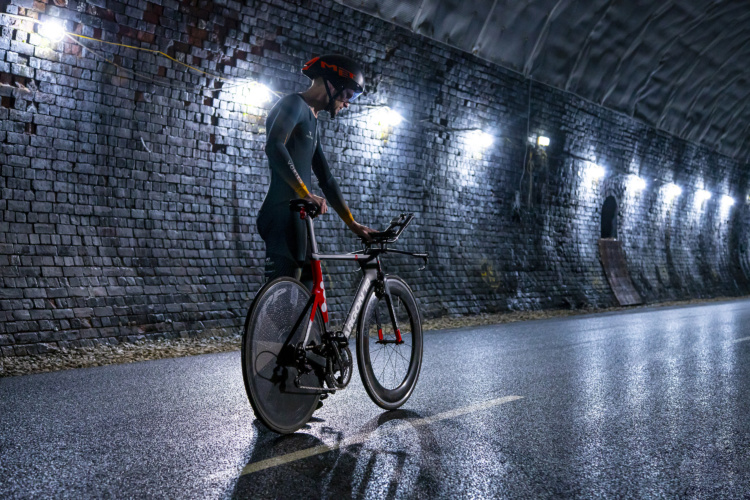 The next phase, however, is to instrument the tunnel itself. This is likely to begin with an indoor positioning system – using a similar concept to GPS, but with hundreds of beacons required to maintain accurate coverage along the full length of the facility.

Beyond this, force plates in the road surface to measure lift or downforce are also high on the agenda. A research project is currently underway to see how the engineers will be able to correct for the pressure changes as the car passes over the top. It’s also been suggested that sensors could be placed in the tunnel’s walls to indirectly calculate the vehicle’s drag. This would work by analysing the pressure wave as the vehicle passes and how quickly that decays. Again, there is a major CFD correlation exercise taking place to artificially ‘drive’ a series of vehicles down the tunnel and measure these pressure waves.

Other concepts under discussion include an anechoic section for noise testing; wet portions of the track that could be dipped in UV-sensitive fluid to test for soiling; and the addition of a visualisation system, such as particle image velocimetry (PIV). There’s even been talk of installing fans into the three ‘rest cabins’ cut into the side of the tunnel to simulate side gusts in a controlled and repeatable manner.

So far, the biggest challenges have been simple things. Even installing a lighting system becomes deceptively complicated when you need to ensure a completely consistent voltage across 2.7 kilometres of cabling to avoid a strobing effect that could disorientate the drivers.

Being underground, there are no noise concerns associated with the facility. What’s more, there’s a secure loading bay well away from prying eyes. The assumption is that most customers will turn up with several vehicles to test, so one could be run down the tunnel (and back, thanks to a turntable system) while the data is being downloaded from the others.

There’s also a science park on the site, home to the new Catesby Innovation Centre, which has been established as a hub for automotive manufacturers, SMEs and academia. It’s all part of the same grand vision – one that we suspect the Victorian pioneers behind Catesby Tunnel would very much approve of.