Airlander back in action with new landing gear

Airlander 10 has returned to the skies after almost a year, equipped with a new suite of landing equipment. 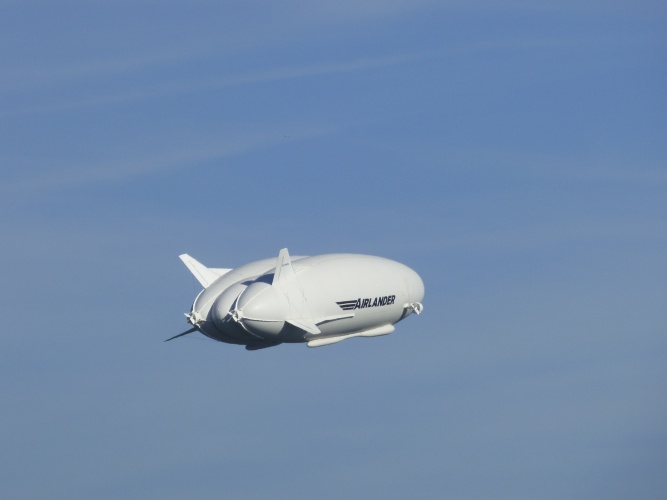 After successfully completing its maiden flight last August, the airship suffered a ‘heavy landing’ on its second flight just a few days later. Since then the aircraft, operated by Hybrid Air Vehicles, has undergone significant modifications to its landing gear. These include an Auxiliary Landing System (ALS) consisting of multiple airbags on Airlander’s undercarriage, as well as a Mobile Mooring Mast (MMM) that makes it easier to control the craft when manoeuvring around the airfield.

Its first flight of 2017 took place on Wednesday 10 May, with Airlander leaving its Cardington Airfield mooring at 1720. After a three hour flight through the Bedfordshire skies, it returned to the airfield to land at 2015.

“It was truly amazing to be back in the air,” said chief test pilot, Dave Burns. “I loved every minute of the flight and the Airlander itself handled superbly. I am eager to get back into the cockpit and take her flying again.” 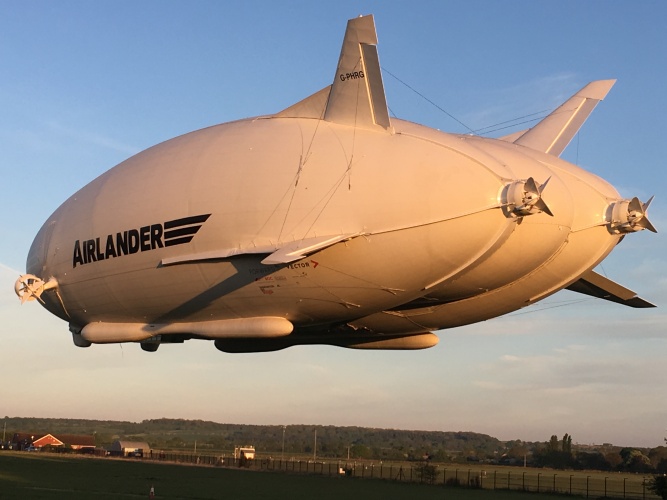 According to Hybrid Air Vehicles, the purpose of the fight was threefold. Firstly, to complete a safe take-off, flight and landing. Second, to assess the aircraft’s flight characteristics and the new ALS. And lastly, to collect flight performance data on handling, airspeed and all vehicle systems for post-flight analysis.

Airlander’s flight test team said it was happy with the flight and how the ALS performed on landing, but that the next few flights are likely to be a few weeks apart in order to analyse the flight data.