Human trials are underway of a technique that uses light and sound to stimulate brain activity and stem the flow of Alzheimer’s.

Known as GENUS (Gamma Entrainment Using Sensory stimuli), the method has successfully been trialled in mice, reducing the build-up of amyloid and tau proteins associated with the disease and improving brain function. Flickering lights and soundwaves stimulate activity at the brain’s 40Hz gamma ‘rhythm’. This increased gamma power causes changes in neurons called microglia as well as the brain’s vasculature, allowing amyloid and tau proteins to be detected and cleared from the brain more effectively.

After demonstrating the effectiveness of GENUS on mice, the MIT team leading the research has now begun preliminary trials on healthy human subjects, where early results have shown the technique can safely increases gamma rhythm power and synchrony across the brain. 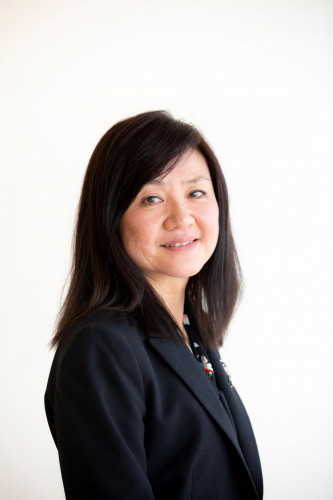 "We hope our findings in mice will translate to helping people with Alzheimer's disease, though it's certainly too soon to tell and many things that have worked in mice have not worked in people,” said research lead Li-Huei Tsai (left, credit: Rose Lincoln), a neuroscientist at MIT’s Picower Institute for Learning and Memory.

“But there also may be exciting implications for fundamental neuroscience in understanding why stimulating a specific rhythm via light or sound can cause profound changes in multiple types of cells in the brain."

According to Tsai, the Picower lab is continuing to study these underlying mechanistic changes for clearing the Alzheimer’s-causing proteins from the brain. As well as pursuing a clinical application for GENUS, she hopes the work will shed more light on the link between neurological rhythms and brain function.

Elsewhere, a promising Alzheimer’s drug that was believed to have reached a clinical dead-end earlier this year has been revived. Aducanumab, made by pharmaceutical company Biogen, targets amyloid build-up in Alzheimer’s patients to slow the progress of the disease. There are currently no drugs on the market that directly target the suspected causes of Alzheimer’s in this way.

Although initial results from trials of aducanumab were found to be disappointing, new analysis of a wider dataset discovered that higher doses of the drug can be effective at slowing Alzheimer’s in its early stages.

“It is fantastic to hear of these new positive results emerging from the aducanumab trials,” said Prof Bart De Strooper, director of the UK Dementia Research Institute at University College London. “We currently have no effective treatments to slow or halt the progression of Alzheimer’s disease and I hope this signifies a turning point.

“It is encouraging for the field that the tremendous work delivered to target amyloid beta appears to be validated in this trial and we should now redouble our efforts to tackle this central problem in Alzheimer’s disease, alongside other important contributors.”