The world’s first autonomous vessel designed to tackle oil spills has taken to the water for the first time, in a demonstration on the US east coast. 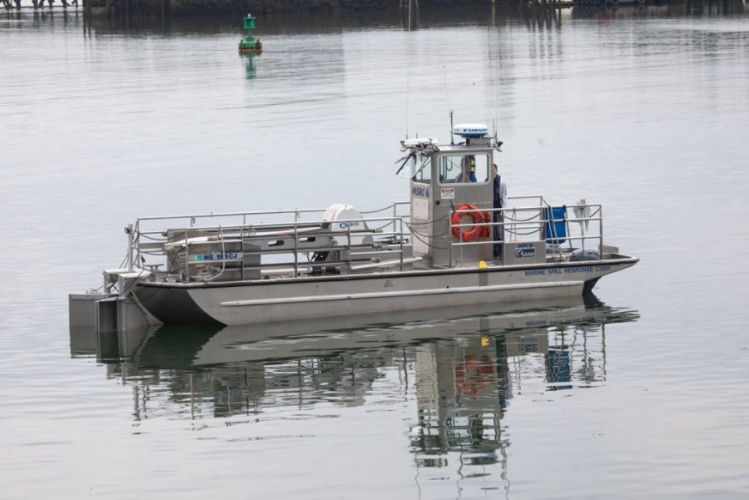 Developed by Boston-based Sea Machines Robotics, the autonomous system was deployed on an igor/Kvichak Marine Industries-built skimmer boat, owned by Marine Spill Response Corp (MSRC). A series of events held along Portland Harbour in Maine saw the vessel perform autonomous waypoint and grid line tracking, as well as remote-controlled operation from the shore. When functioning in fully autonomous mode, the skimmer will enable unmanned oil spill response where crews are restricted as a result of safety hazards like dangerous weather or toxic fumes.

“Our operation of the world’s first autonomous, remote-commanded spill-response vessel is yet another significant industry first for Sea Machines,” said Michael Johnson, founder and CEO of Sea Machines.

“But even more important is the fact that we’ve proven that our technology can be applied to the marine spill response industry – as well as other marine sectors – to protect the health and lives of mariners responding to spills.”

Autonomy is a major focus for the maritime sector, with potential safety, cost and emissions benefits for military, commercial and passenger vessels. According to Sea Machines, the demonstration was attended by representatives from the government, naval, environmental and industrial sectors, and was supported by the US Department of Transportation Maritime Administration (MARAD). Sea Machines says its products can be installed aboard existing or new-build commercial vessels. Last year it demonstrated the capabilities of its SM300 product aboard the world’s first autonomous-command, remote-controlled fireboat.

“This technology is here and it will make you a believer. We are here because we want to help the maritime industry evolve. It’s about safety, the environment and reducing risk on the water.”