An unmanned armed boat demonstrated by engineers at BAE Systems could pave the way for naval vessels able to travel further, faster, and into more dangerous environments than is currently possible.

The challenges posed by autonomous shipping

According to a statement from BAE, the vessel can operate for up to 10 days at ‘patrol speed’ or 300 nautical miles in pursuit mode, reaching speeds of up to 45 knots, whilst either being remotely controlled or on a semi-autonomous mission.

BAE added that the vessel has potential applications across a range of missions, including anti-piracy operations, border control, persistent intelligence gathering, maritime security and force protection. The use of autonomous vessels in high-risk areas would allow operations to be conducted without endangering sailors. 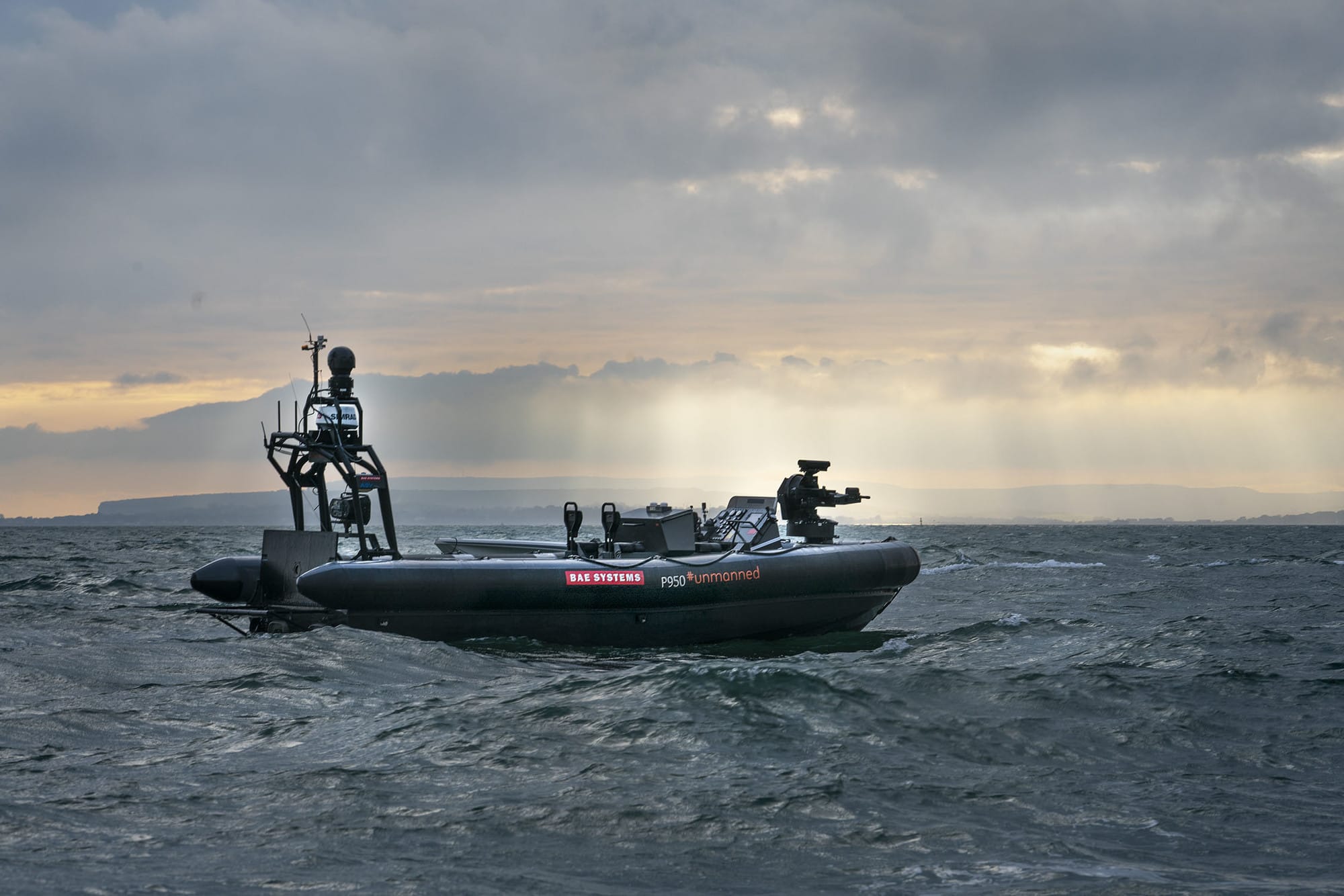 Commenting on the trials Mike Woods, chief technologist for BAE Systems’ Maritime Services business, said: “This technology represents a huge step forward in the interaction between human and machine, combining sophisticated autonomous technology with human capabilities to overcome many of the challenges faced in difficult conditions at sea. The boat keeps sailors out of harm’s way whilst allowing them to respond to the increasingly varied, often unpredictable scenarios they face every day, and aids faster decision making in complex and ambiguous situations.”

The technology builds on work carried out through the Royal Navy’s 2016 Unmanned Warrior exercise, which tested a range of autonomous maritime systems off the coast of Scotland.

The demonstrator took part in the UK Royal Marines’ Commando Warrior exercise at Tregantle Ranges, near Plymouth, back in March this year, where it was put through a series of trials, designed to test the technology in challenging conditions. Further trials and testing have been carried out in the Solent.

BAE now plans to look at how the technology  in coming months to prove the technology can be integrated with existing naval ship combat management systems. It can also be retrofitted to existing RIBs, such as BAE Systems’ Pacific 24, which is currently in service with the Royal Navy. The RIB will also undertake further trials, including participation in NATO Exercise REPMUS, which will be to be held in Portugal later this year.

BAE Systems kicks off next stage of unmanned air trials