Researchers at King’s College London have developed a new technique for instantly switching the polarisation of light.

The breakthrough, which has the potential to provide a major boost for data transfer and drug discovery, uses nano-structured metamaterials to manipulate light. Changing light’s polarisation is how digital information is transmitted along fibre optic cables. However, current commercial techniques for doing so are approaching their physical limits, according to the King’s team. 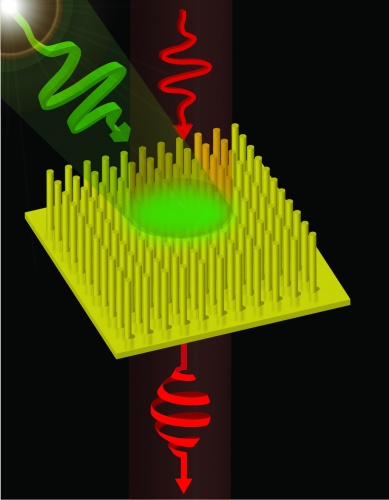 “Currently, Pockels Cells or Faraday Rotators are used to electronically control the polarisation of light with an electric or magnetic field,” Luke Nicholls, the PhD student who carried out the experiments, told The Engineer.

“The commercially available fastest product operates at a rate of 40GHz. We report a switching rate of over 300GHz. The metamaterial approach also has the advantage that it is easily integrated with nanoscale technologies. Pockels Cells and Faraday Rotators are big and bulky in comparison and could never be integrated 'on chip' for example.”

Made from gold nanoparticles, the metamaterial manipulates the light using a technique known as ‘all-optical polarisation control’. A high intensity light pulse is fired into the metamaterial, injecting energy into electrons in the gold particles which changes the refractive index of the material – the speed at which light travels through it.

A second pulse is fired at the metamaterial at the same time. As this pulse passes through the material, the change in refractive index changes its polarisation. All this happens instantaneously, allowing polarisation to be changed trillions of times per second. 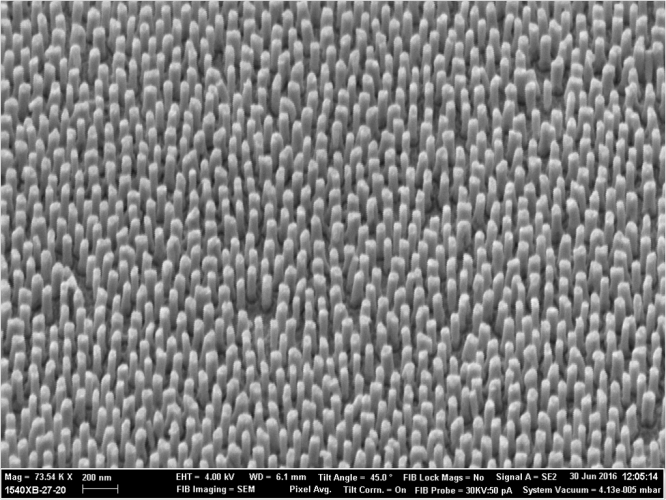 As well as dramatically improving data transfer rates, the technology could also be used to aid pharmaceutical R&D. According to Nicholls, many drugs have only one specific configuration that is effective, while other configurations can range from useless to toxic. By studying how chemicals interact with light polarisation, it is possible to determine which configurations are present.

“However chemical processes tend to happen very fast,” said Nicholls, “so if you can quickly switch to different polarisation states of light and observe how they interact with the chemical as it is being made, drug developers can understand the processes that lead to unwanted configurations and remedy them.”

Nicholls says the next steps in the research will look at different metamaterial designs so that the effect can work in a wider spectral window.

“The current metamaterial design is made via a self-assembly technique, which allows large area uniform samples of the metamaterial to be made easily and cheaply,” he explained. “This fabrication process would be easily scaled up for mass production. We also aim to understand the relaxation processes in the metamaterial better to increase the switching speed even further."

The paper, Ultrafast synthesis and switching of light polarization in nonlinear anisotropic metamaterials, is published in Nature Photonics.

Towards faster-than-light transmission by slowing down light