Chancellor of the exchequer Rishi Sunak has announced the Autumn 2021 Budget and Spending Review, promising ‘a stronger economy for the British people’. 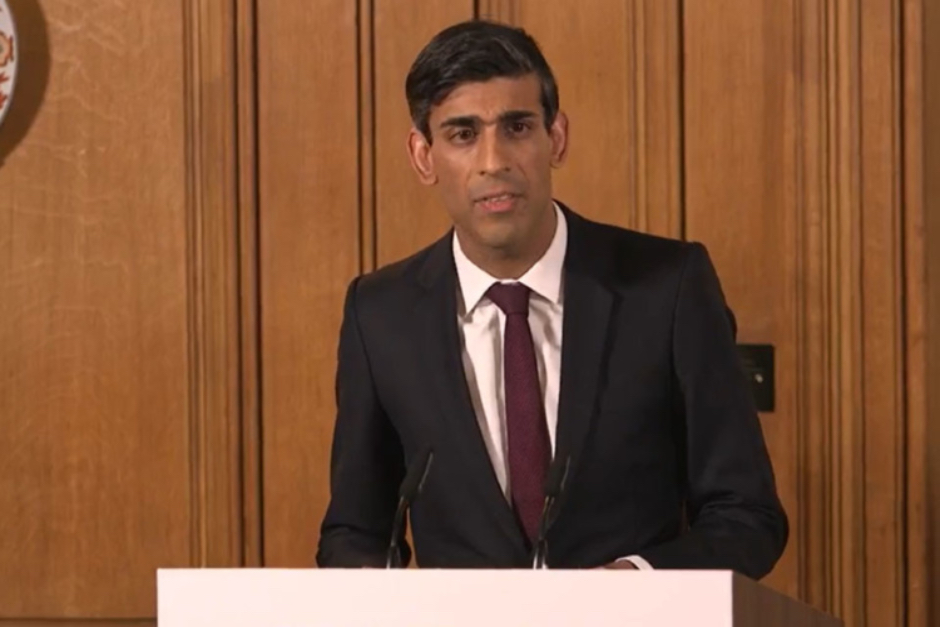 Sunak highlighted the government’s investment in stronger public services, with total departmental spending growing by £150bn a year in cash terms by 2024-25.

Delivering the review in parliament yesterday (Wednesday 27 October), he said that the UK economy is recovering faster than our competitors with stronger public finances, national debt ‘under control’ and stronger employment — latest figures indicate that the economy is on track to reach pre-pandemic levels by early next year.

The review confirmed that by the end of this parliament, resource spending on healthcare will reach over £177bn, a £44bn increase. An additional £5.9bn will be put toward modernisation of digital technology, tackling the NHS backlog of non-emergency tests and procedures and supporting at least 100 community diagnostic centres.

An additional £4.7bn will be invested in England’s core schools budget in addition to £1.8bn of new money for education recovery over the next three years.

The build of ‘up to 180,000 affordable homes’ will receive an £11.5bn investment, with 65 per cent of the funding for homes outside London.

As part of this government promise to level up the UK, £2.6bn has been confirmed between 2020-2025 for a long-term pipeline of over 50 local roads upgrades, over £5bn for local roads maintenance, and funding for buses, cycling and walking totalling more than £5bn in England over the parliament.

Colin Wood, AECOM chief executive Europe and India, said that long-term spending decisions around the delivery of longer-term projects such as HS2 and Northern Powerhouse rail were a ‘disappointing omission’ from the chancellor’s speech, commenting: “We hope the much-anticipated Integrated Rail Plan will include a commitment to deliver HS2 in full and provide further clarity around rail plans for the North and Midlands.”

The allocation of the first round of the UK-wide Levelling Up Fund sees £1.7bn of local investment whilst the launch of over £2.6bn UK Shared Prosperity Fund focusses on funding programmes to help people into employment.

Building on the Plan for Jobs, the Budget and Spending Review promises over £6bn funding for the Department of Work and Pensions (DWP) over the next three years. Skills funding will increase by a total over the parliament of £3.8bn compared to 2019-20. The National Living Wage is set to increase to £9.50 from April 2022.

Whilst the investment in education and skills was described by EngineeringUK as a ‘step in the right direction’, the organisation said that it was disappointed that the government had not taken forward its call for £40m additional funding for STEM careers provision in schools and colleges.

“The government has big ambitions to make the UK a green science superpower and achieve net zero by 2050. To make this a reality, the UK needs many more engineers. This requires a long-term investment in education and skills and a clear STEM education strategy, with careers provision at its heart,” EngineeringUK said in a statement.

A new UK Global Talent Network will work with businesses and research institutes to attract global talent in key science and tech sectors.

The chancellor announced that the Annual Investment Allowance (AIA) will not drop to £200,000 at the end of 2021 and will stick at £1m until March 2023. Richard Godmon, tax partner at accountancy firm Menzies LLP welcomed this as good news for the manufacturing sector, commenting:

“This gives manufacturers a bit more certainty so they can plan ahead to make investments over the next 18 months. It should also help to bolster confidence at a critical time when many firms are worried about rising costs and supply disruption.

“Some businesses that had been planning to invest in new machinery and equipment before the end of year had been worried about being able to complete them in time, due to the current supply shortages. This will allow them more time.”

Following last week’s announcement of £26bn capital investment for the Net Zero Strategy, the Budget and Spending Review brings the government’s total investment into a UK green industrial revolution up to £30bn.

It includes £380m for the UK’s offshore wind sector and £6.1bn to deliver the Transport Decarbonisation Plan through boosting zero emission vehicles and greener planes and ships.

An investment of £3.9bn to decarbonise buildings will include £1.8bn to support low-income households to reduce energy bills whilst transitioning to net zero.

Up to £1.7bn of direct government funding will enable a large-scale nuclear project to reach a final investment decision this parliament. This was described by Tom Greatrex, chief executive of the Nuclear Industry Association as a ‘historic step forward’ and a ‘big vote of confidence’ in nuclear investment as an essential part of our clean energy transition.

Flights between the four UK nations will be subject to a lower rate of Air Passenger Duty from April 2023, but a new ultra long haul band will be introduced aiming to reduce emissions from international flights, covering flights of over 5,500 miles with an economy rate of £91.

The planned rise in fuel duty has been cancelled, with the freeze taking costs for the average tank of fuel to around £15 less per car, £30 less for vans and £130 less for HGVs.

Providing an additional £8.7bn per year to the devolved administrations through the Barnett formula, the review allocated a £4.6bn funding boost to the Scottish government; £2.5bn for the Welsh government and £1.6bn for the Northern Ireland executive.

Tony Hague, CEO of PP Control & Automation said that the change in focus around R&D is the one thing that ‘leaps out’ of the budget most, adding that the creation of a climate where investment and capacity is available could be a ‘real long-term boost’ for manufacturers.

“It’s just a shame that the £20bn funding will not come into play until 2024,” he commented. “Why we’re waiting two years is a real ‘head scratcher’, especially when you consider we’re currently vying for pole position in electrification.”

View from the Academy: Budget could boost engineering investment