An RAF Chinook has been assisting engineers and emergency services prevent the collapse of a damaged dam wall above the Derbyshire town of Whaley Bridge. 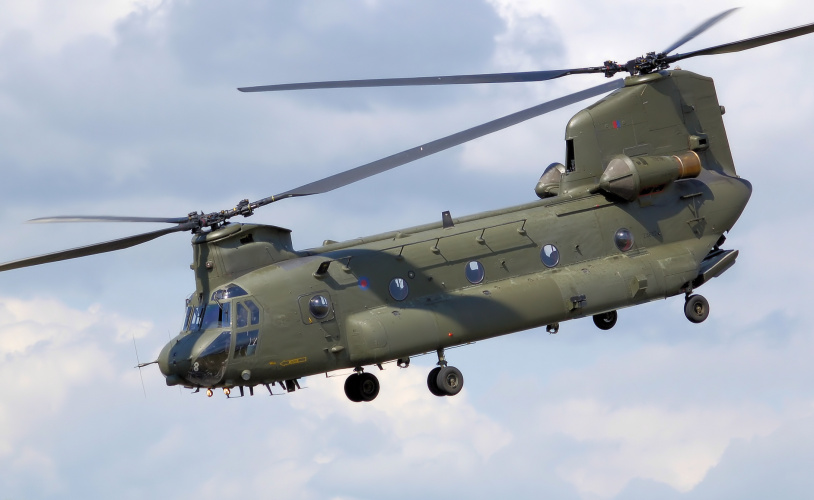 Workers on the scene have been pumping water out of the Toddbrook Reservoir after part of its spillway wall collapsed following heavy rains, jeopardising the lives of those who live in the shadow of the structure. Almost all of Whaley Bridge’s 6,500 residents have now been evacuated as work continued through the night to manage the risk, but authorities say the threat of the dam failing remains.

“Due to heavy rainfall in Whaley Bridge area, the spillway is now broken and a big chunk of its concrete structure is damaged,” said Dr Mohammad Heidarzadeh, Assistant Professor, Head of Coastal Engineering and Resilience LAB (CERLAB), Department of Civil & Environmental Engineering, Brunel University London. “There is a possibility that the spillway could then become fully broken in a few hours. If the spillway is fully gone, the embankment dam will be washed away very rapidly which could cause a massive flood.”

To mitigate against this, Derbyshire police said the Chinook was used to drop more than 50 tonnes of aggregate material into the reservoir wall to reinforce it. Today the helicopter will drop more material in other parts of the reservoir in an attempt to stem the inward flow of water, reducing the overall level and the pressure on the damaged wall.

A total of 16 high pressure water pumps - provided by the Canal & River Trust and fire services across the country - have also been deployed in an effort to drop the reservoir's water level. Engineers from the Canal & River Trust, which manages the reservoir, are now assessing the damage and working with emergency services to ensure the safety of the local community.

“We don’t know how long this operation will take to conclude but we and our colleagues in the emergency services, partner agencies, Environment Agency and military are doing everything humanly possible to save the reservoir wall and to protect the town,” said Derbyshire Constabulary’s Assistant Chief Constable, Kem Mehmet. “Our message today remains the same - as there is still a risk the dam will fail - please stay away from the area.

Commenting on the situation in Derbyshire, Tim Broyd, Professor of Built Environment Foresight, University College London said: “Whilst the dam appears to be safe at the moment, there would be risks that further heavy rain might lead to further scour, or that the force of water behind the dam will become higher than the gravitational resistance force of the weakened structure, and that further parts of the dam might collapse leading to a dam breach.  If that happened, then the water impounded by the dam could very quickly flush out, with a very high flowrate and speed."