Scientists from the National University of Singapore have developed an electrochemical approach to treat industrial wastewater using electricity as a reagent for purification. 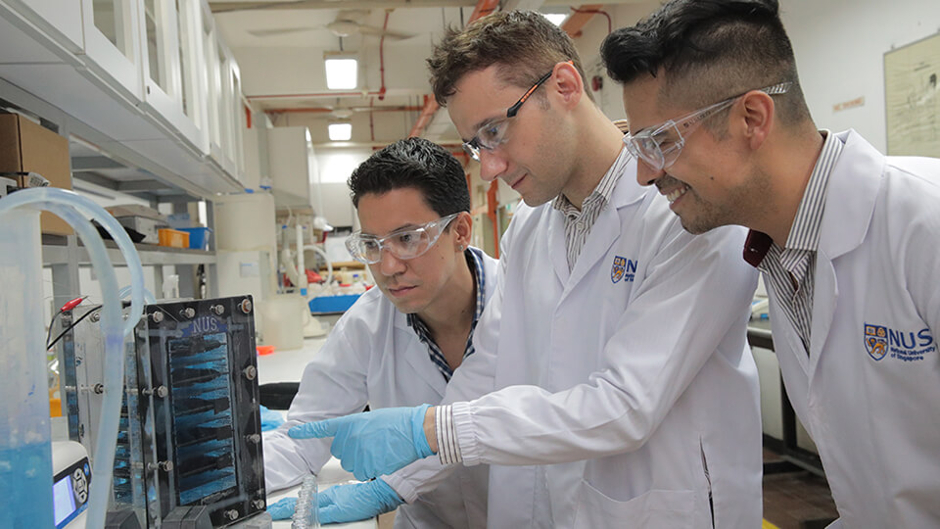 NUS believe the method can remove up to 99 per cent of hard-to-treat organic compounds found in different types of industrial wastewater. Furthermore, the system is claimed to operate on low electrical power and does not generate secondary waste, such as sludge, that requires further residual waste processing such as incineration.

“Despite the great advances in wastewater treatment technologies, the removal of refractory organic compounds remains a costly and challenging process. Our invention provides an environmentally-friendly solution and helps to raise the overall standard of industrial wastewater treatment,” said research leader Assistant Professor Olivier Lefebvre from the Department of Civil and Environmental Engineering at NUS Faculty of Engineering.

“Our electrochemical system has shown that it can achieve complete mineralisation of any organic pollutant. This means the system can completely remove organic compounds in the wastewater by degrading them into water and carbon dioxide. This novel system can also be incorporated as a pre-treatment to an existing wastewater treatment scheme. It operates on low electrical power and the system could easily be combined with solar power and other purification methods such as using membranes and biological treatments,” said Asst Prof Lefebvre. 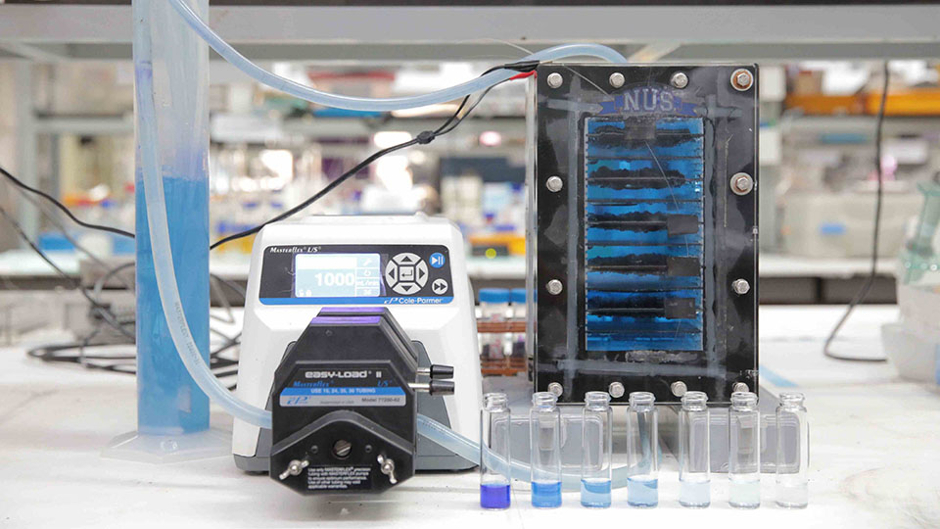 The system developed by the NUS scientists uses electrochemistry to treat water and wastewater and does not require chemicals to be physically added into the system.

The treatment begins with the pumping of wastewater into the system’s chamber. As electric current is passed, electrodes in the chamber generate hydrogen peroxide and hydroxyl radical (a powerful oxidising agent) that reacts with the complex organic compounds in the water. The generated hydrogen peroxide and hydroxyl radical are completely used up during the treatment and they continuously break down the complex compounds into simpler molecules, until all organic contaminants have been degraded.

With industries requiring larger volumes of high-quality water for their processes, the demand for ultrapure water, and maximising its reuse, is also escalating. The global market for wastewater recycling and reuse reached nearly $12bn in 2016 and is expected to reach over $22bn by 2021.

In development since 2014, the new electrochemical system could potentially be utilised by heavy manufacturing industries that require ultrapure water for their processes such as mining, oil and gas, and textile industries; and the shipping industry for the disinfection of problematic ballast water from ships.

The team has applied for two patents for the technology used in the electrochemical system and they are now testing the system on more types of industrial wastewater to further refine the design and optimise the efficiency of the system.