A team from Exeter University has made a significant hydrogen energy breakthrough, developing an electrode that splits water using only light. 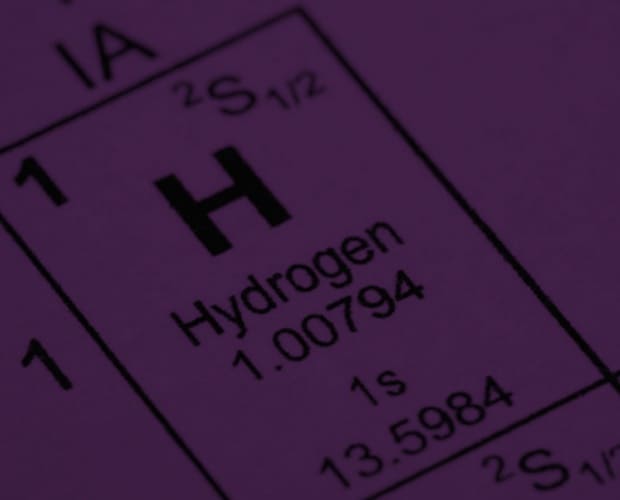 The photo-electrode, made from nanoparticles of lanthanum, iron and oxygen, absorbs light before initialising electrochemical transformations to extract the hydrogen from water (H20). According to the Exeter team, the LaFeO3 device is not only cheap to produce but can also be recreated on a larger scale for mass use. Hydrogen energy produced using the photo-electrode would be free from carbon emissions and virtually limitless. The work is published in the journal Scientific Reports.

"We have shown that our LaFeO3 photo-electrode has ideal band alignments needed to split water into its constituents (H2 and O2) spontaneously, without the need of an external bias,” said lead author Govinder Pawar, who works at the university’s Environment and Sustainability Institute in Cornwall.

“Moreover, our material has excellent stability where after 21 hours of testing it does not degrade, ideal for water splitting purpose. We are currently working on further improving our material to make it more efficient to produce more hydrogen."

Water splitting was first demonstrated by Fujishima and Honda using a titanium dioxide electrode. Since then, scientists have been on the hunt for the ideal material to perform the task. While many semiconductor materials have been found to be capable, none have been both abundant enough and functional in the visible part of the light spectrum to be considered practical for mass industrial use.

During testing, the LaFeO3 photoelectrode was found to have a faradaic efficiency of 30 per cent and showed ‘excellent’ stability over 21 hours. The Exeter team discovered that the material can straddle the water redox potential with the conduction band at −1.11 V above the reduction potential of hydrogen, meaning it does not require an additional bias to split water.

“With growing economies and population, fossil fuels will not be able to sustain the global energy demand in a ‘clean’ manner as they are being exhausted at an alarming rate,” said Pawar.

"Alternative renewable fuels sources must be found which can sustain the global energy demand. Hydrogen is a promising alternative fuel source capable of replacing fossil fuels as it has a higher energy density than fossil fuels (more than double), zero carbon emissions and the only by-product is water."