The Peregrine falcon’s status as elite predator has been enabled in part by its ability to adjust flight patterns at high and low speed, qualities that engineers want to replicate. 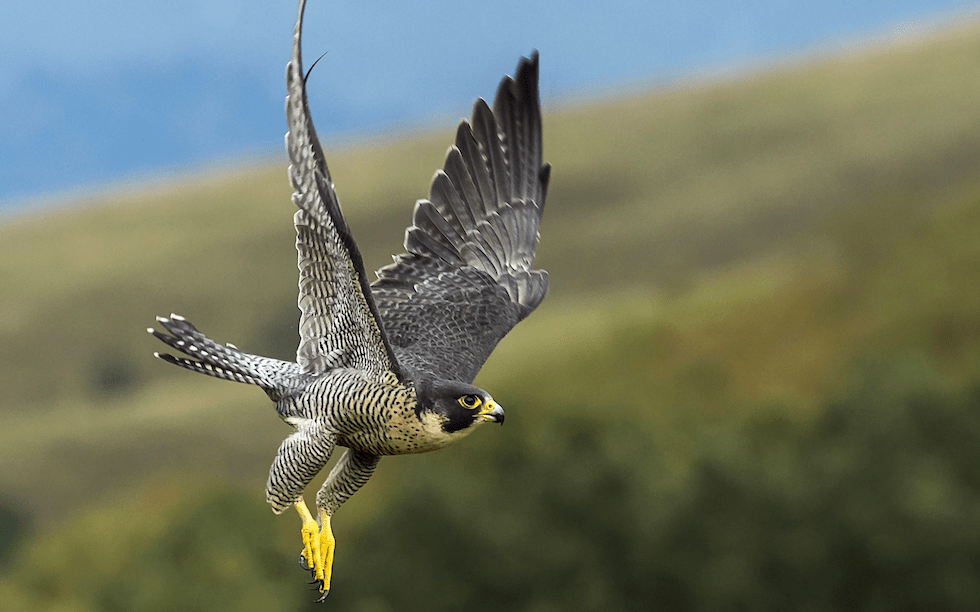 Scientists at BAE Systems and City, University of London have studied falcon flight and believe that evolution has given Falco peregrinus attributes that could be replicated and applied to aircraft within the next 20 years.

The scientists say they have developed several concepts following research into how the peregrine falcon is able to stay in control and airborne at speeds of up to 200mph, even in high winds.

The technologies being investigated include ‘sensory feathers’, which are based on a peregrine falcon’s ability to maintain flight stability at high-speeds.

When diving, the bird’s body is subjected to forces that are sensitive to small changes in its angle of attack. If the bird exceeds its optimum angle of attack by a small margin, feathers at the rear of its wings start to vibrate and send a signal via nerves in the body that warn of an impending tumble and fall from the sky.

This ability to maintain stability has inspired engineers at BAE Systems and City to instigate a project to attach 3D-printed polymer hair-like filaments onto the skin of an aircraft, which would gather real-time air flow data and alert the pilot to take action.

Similarly, more densely packed passive polymer filaments could also be capable of changing airflow close to the surface of the aircraft, which could reduce drag on the aircraft wing-skin.

“The research work has been truly fascinating and I am sure it will deliver some real innovation and benefits for the aerospace sector.” 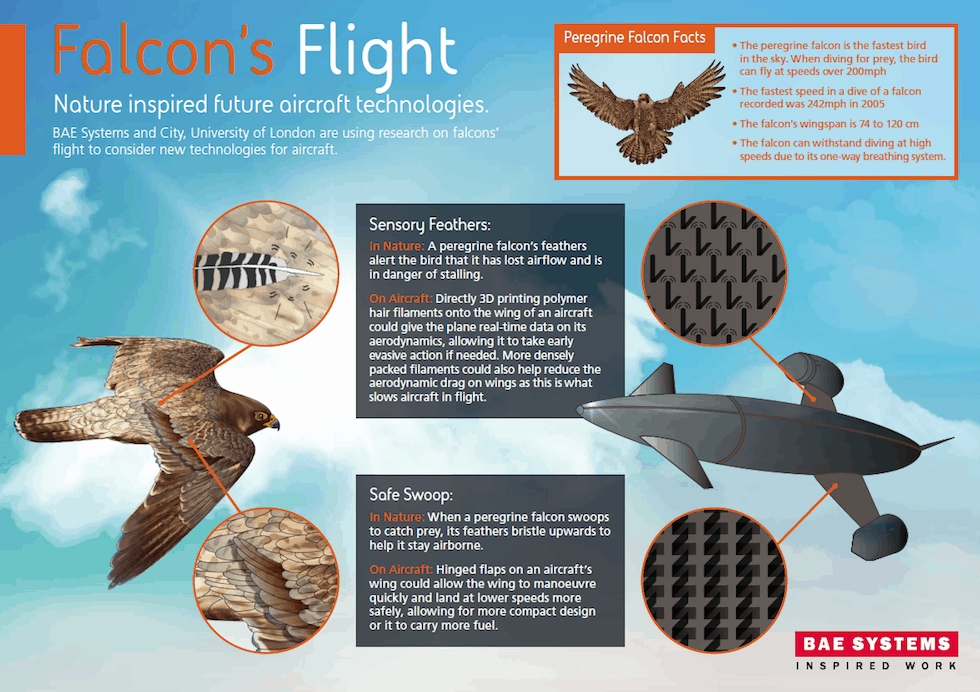 A further technology has been inspired by the falcon’s ability to stabilise itself after swooping or landing by ruffling its feathers.

Small flexible or hinged flaps on an aircraft could allow the wing to manoeuvre quickly and land more safely at lower speeds. The added safety margin gained using this approach could allow future aircraft of a more compact design or to carry more fuel.