It has long been understood that by spraying crops with Jasmonic acid (JA), plants stand a better chance of repelling pests such as mites, caterpillars and aphids - however, sprayed plants grow less well.

But scientists working at Lancaster University's Environment Centre have found that plants grown from seeds first dipped in JA are also more pest-resilient without any loss of growth.

This would be financially beneficial for farmers and growers as seeds are cheaper to treat than entire crops. It is another tool for growers to use as an alternative to using large amounts of pesticides or GM technologies.

In early trials at Lancaster University, the best results were on tomato plants, where attacks by Red Spider Mites were reduced by 80 per cent, aphid attack was reduced by 60 per cent and caterpillar damage was down by a third.

The original work was carried out in a number of projects funded by the Natural Environment Research Council and the Horticultural Development Council.

Dr Nigel Paul of Lancaster University, who led the research said: 'We were investigating the mechanisms by which wild plants defend themselves against pest attack to get a better understanding of what works in nature. We were spraying the leaves of our plants with JA when a colleague Dr Jason Moore asked the question "what would happen if we treated the seeds instead?"

'It seemed unlikely that it would work but we were amazed to discover that it did - tomato plants were protected for about two months after they germinated.'

Results from large-scale field trials are due at the end of the year. In the meantime, the team at Lancaster – including Nigel Paul, Mike Roberts and Jane Taylor - has received new funding from Defra to develop their idea further.

By the end of the year, the researchers should know whether or not a commercial product could go into development. 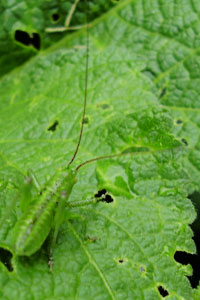 Attacks by aphids and other pests were significantly reduced in trials