A new graphene-based desiccant could one day eliminate footwear odours and control moisture in applications ranging from electronics, packaging and air conditioning. 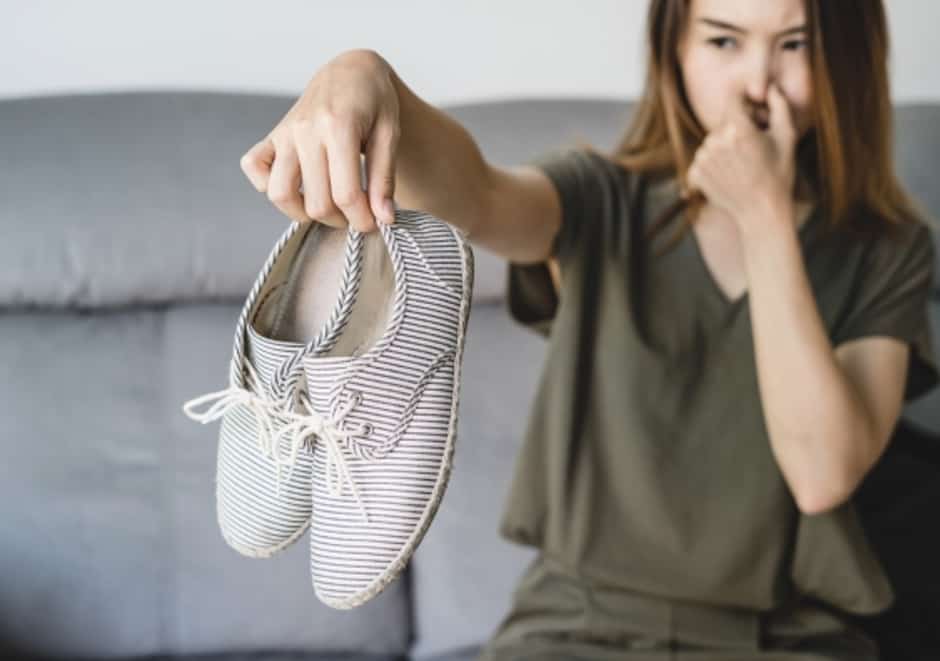 One application of the new super desiccant could be removing smells from shoes (Image: Shutterstock)

Made from graphene oxide, the new super desiccant is claimed to significantly outperform current drying agents and is twice as absorbent as silica gel.

The material was developed by a team led by Dr Rakesh Joshi of the UNSW Sydney School of Materials Science and Engineering, and a study outlining its performance in laboratory tests is published in Chemical Science.

"This is a stable new material that shows significant gains in adsorption capacity over conventional desiccants," said Dr Joshi. "One novel application we are investigating is the integration of the desiccant into inner soles of shoes to control odour and moisture. As the moisture could be released back into the atmosphere using an ordinary household device like a warm oven, shoes could be recharged regularly to keep them constantly fresh."

According to UNSW, the researchers showed the material's extraordinary adsorption and desorption rates were due to the high capillary pressure in the laminated layers of graphene oxide and the tunnel-like wrinkles on their surfaces.

The researchers said the ability to fine-tune the spaces between the layers of graphene oxide will allow the development of customised desiccants to control moisture across multiple applications.

The project was conducted in collaboration with the computational materials design team of Prof Sean Smith, director of Australia's National Computational Infrastructure.

"Simulations of the microscopic components of this breakthrough desiccant material reveal remarkable insights into how it works and will underpin the next stages of design and development," said Prof Smith.

It is further claimed that the new desiccant can discharge moisture at energy-saving low temperatures, enabling it to be reused repeatedly. By contrast, the heating required to regenerate conventional desiccants is often considered prohibitively expensive.

Study co-author, UNSW Scientia Professor Veena Sahajwalla, said: "This combination of high adsorption capacity and a rapid rate of absorption can significantly increase the efficiency of any desiccant system.

"Likewise, the relatively low temperatures at which discharge can be achieved offers significant advantages by greatly reducing the energy intensity required for regeneration."