In what is claimed to be a world-first, Hitachi Rail has connected Genoa’s entire public transport system via a single platform, allowing passengers to travel seamlessly across the city.

Genoa’s multimodal transport networks of buses, metro, funiculars and public elevators has been equipped with more than 7,000 Bluetooth beacons to facilitate the trial. Using Hitachi’s 360Pass app, passengers can plan and initiate a journey with the touch of a button, hopping on and off various transport options without requiring a ticket or to tap in and out with a card. The app also allows users to rent private EVs, pay for parking and identify e-mopeds across the city.

At the end of each day, the app – part of Hitachi’s newly launched Lumada Intelligent Mobility Management suite – calculates the cheapest available total fare for that day’s travel. The smart mobility platform also enables transport authorities and operators to monitor passenger and traffic flows in real time, providing a digital twin of the entire network that can be used to improve services.

“Hitachi’s Lumada Intelligent Mobility Management suite is a world first for smart mobility and can improve urban transport in cities around the world,” said Alessandro de Grazia, group head of Smart Ticketing at Hitachi Rail. “For the first time, passengers can plan and access the most convenient multimodal journey for the cheapest fare, without ever removing their phone from their pockets.”

While Genoa’s intricate geography has given rise to a highly complex transport network, the city is a relatively small one, home to around two-thirds of a million people. During a presentation and demonstration of the technology in Genoa, however, representatives of Hitachi were keen to point out that if the system can work there, it can work anywhere. 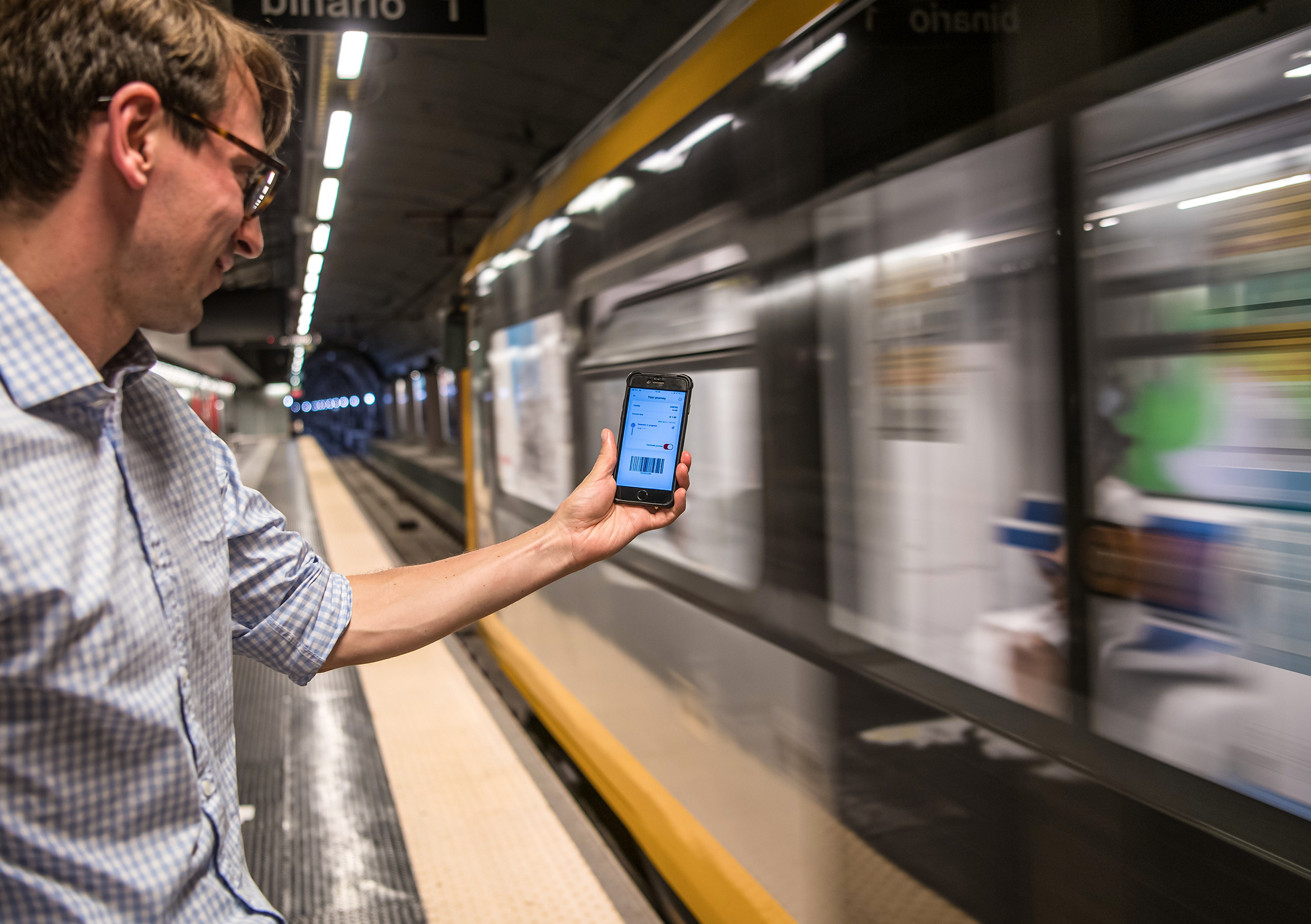 Furthermore, the industrial giant believes its established position as a provider of transport infrastructure – from rolling stock to signalling systems – makes it well placed to deliver this type of holistic smart mobility to cities of all sizes around the world. Speaking to The Engineer, de Grazia said Hitachi is already in talks with multiple transport agencies and municipalities to take the technology to cities beyond Genoa, despite the trial having only started in May.

“We believe this kind of service will be complementary to all mass transit and long-haul applications that we do,” de Grazia told The Engineer. “Hitachi Rail has projects in 38 countries and additional projects per country, more cities, more regions. So the number of stakeholders we can talk to and propose the system, it’s enormous.

“We’re not selling smart ticketing products, we’re selling a suite that connects all sensible blocks for the smart cities that we’re building today. And this is something that very few companies can do…we have a century-plus of operational technologies, we know how to operate this stuff…we’re trusted partners of the biggest cities and the biggest companies in the world, and that’s, I think, what makes the proposition a bit unique.”