Mayor of London Sadiq Khan has launched England’s first hydrogen buses in the capital, with an aim to make all London buses zero emission by 2030. 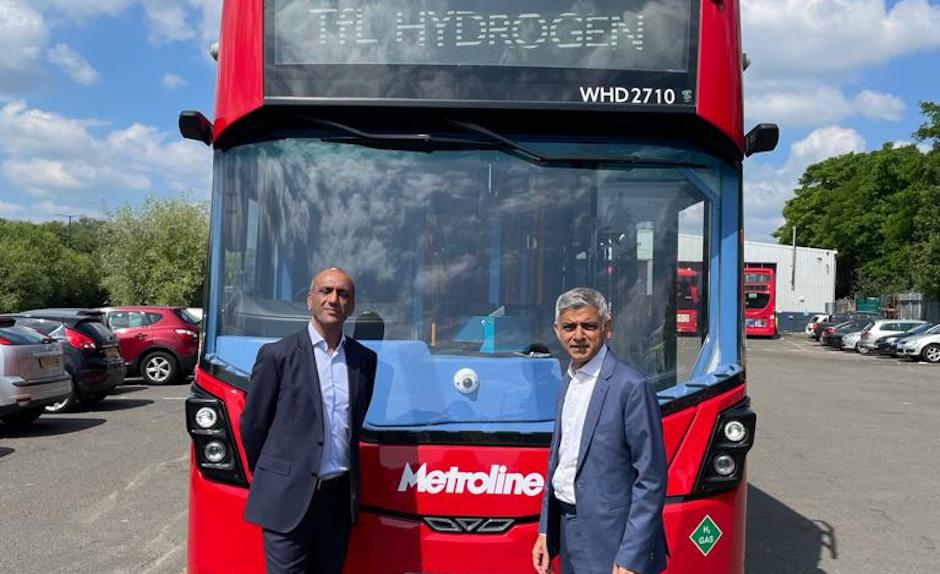 The 20 buses will join over 500 electric buses in the core fleet which are already emission-free, aiming to improve the city’s air quality by reducing pollution and forming part of the UK’s wider net zero ambitions.

Manufactured by Wrightbus in Northern Ireland, with gas cylinders manufactured by Nottingham-based Luxfer, the hydrogen fuel cell powered buses will offer ‘smoother, quieter’ journeys for passengers in addition to being entirely free from harmful emissions, the only by-product being water from the chemical reaction of hydrogen with oxygen from the air.

The buses use hydrogen produced at Air Liquide’s plant in Runcorn, which harnesses waste hydrogen as a by-product from an industrial chlor-alkali plant. Oxford-based Ryze Hydrogen will transport the fuel to the fuelling station. From 2023, the hydrogen will be produced by electrolysis via a connection to an offshore wind farm.

A new fuelling station completed by Danish engineering firm Nel Hydrogen will top up each hydrogen fuel cell bus once per day in around five minutes.

Commenting on the launch, Khan said: “Our investment in these hydrogen buses is not only helping us to clean up London's air, but is supporting jobs and local economics across the UK. This is a great demonstration of how tackling air pollution and the climate crisis and boosting economic growth is about regions working together, investing in the very latest technology.”