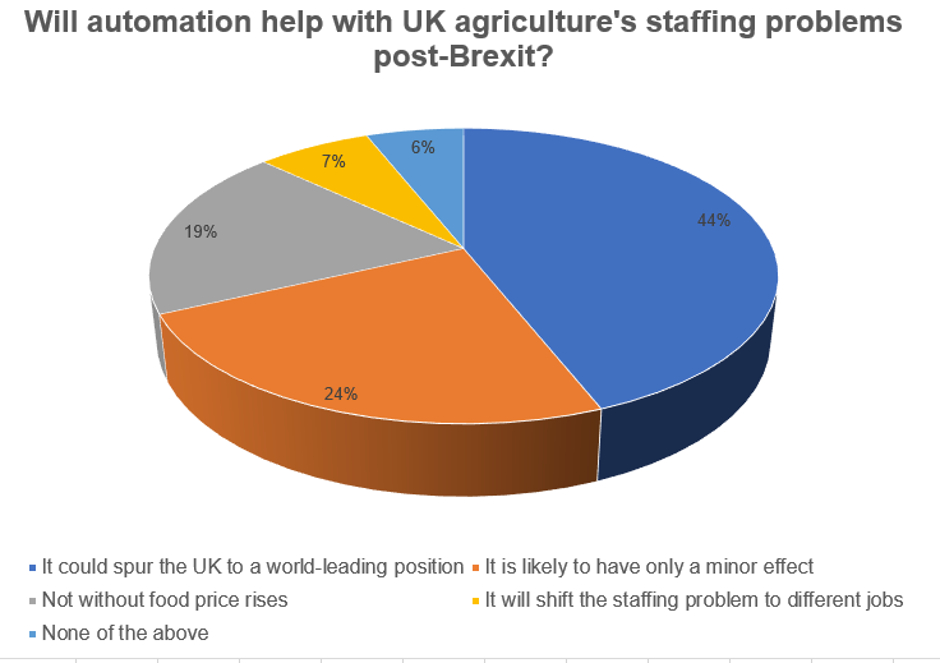 Some harvesting jobs can only be done by hand and the human resources to do them look likely to dwindle following Brexit.

With indigenous local labour often unwilling to accept long hours and relatively low pay, temporary workers from the European Union are often drafted in to pick the fruit and vegetables that machines can’t harvest.

As noted last week, some producers have warned of crops rotting in the fields if they cannot hire the workers they need.

The Engineer has reported on the advances taking place in agricultural automation, and a new breakthrough from Plymouth University spin-off Fieldwork Robotics in partnership with berry growing company Hall Hunter looks set to outperform humans in fruit picking duties.

Fieldwork Robotics’ solution uses sensors, 3D cameras, and machine learning to identify ripe fruit, and soft grippers to pluck raspberries and deposit them into punnets at a rate of 25,000 raspberries per day compared to 15,000 in an eight-hour shift that humans average.

Previous field trials have shown that the robot can also pick tomatoes and cauliflower. If the trials are successful, a production model with four grippers will begin production next year.

Like manufacturers, farmers produce saleable goods and they try to do this as profitably as possible by constantly evaluating every step in the production process. They’ll invest in machinery if automation can cut bottom line costs and boost profits

But with labour shortages looming, are advances in agricultural automation likely to help Britain’s farmers do their job and simultaneously put the UK at the forefront of a new global market?

For 44 per cent of respondents to last week’s poll, that is exactly what agricultural automation can do, spurring the UK into a world-leading position.

Just under a quarter (24 per cent) thought that automation would only have a minor effect on staffing, followed by 19 per cent who thought food prices would rise if robots started harvesting crops.

For seven per cent, agricultural automation would simply shift the staffing problem to different jobs, with the remaining six per cent choosing ‘none of the above’.

What do you think? Keep the conversation alive using comments below but remind readers to familiarise themselves with our guidelines for the content of comments before submitting.