In the wake of the Royal Academy of Engineering’s second Queen Elizabeth Prize for world-changing outstanding achievement, The Engineer asked if the Prize achieved its aim of publicising engineering.

Nearly half (43 per cent) of respondents to last week’s poll sent a clear message to the organisers of the Queen Elizabeth Prize, namely that they did not do enough to make the award and its winners more prominent.

Eleven percentage points behind were those of the opinion that QEPrize is helping society to recognise the achievements of engineers.

Eight per cent of respondents didn’t agree with any of the options given in last week’s poll but the remaining 17 per cent thought the previous winners - jointly awarded to five pioneers of the internet including the inventor of the World Wide Web, Sir Tim Berners Lee – were not associated strongly enough with engineering (12 per cent), or were too obscure as personalities (five per cent). 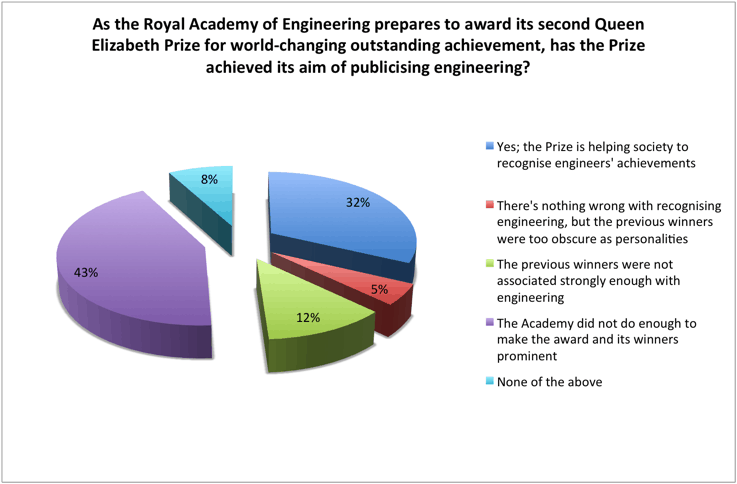 Please continue to send us your opinions on this subject and the result of the poll.