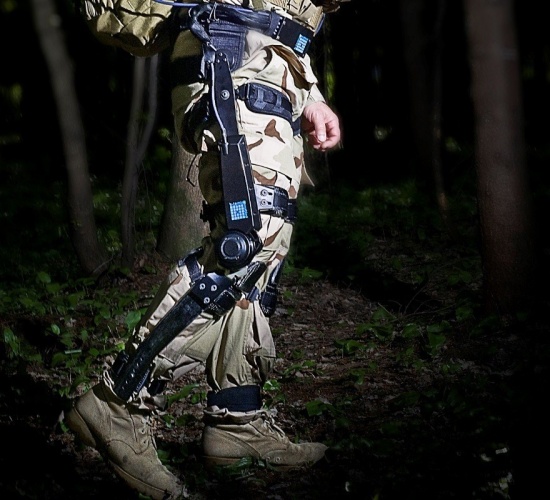 The Fortis Knee Stress Release Device (K-SRD) uses sensors to detect the user’s speed, direction and angle of movement. An onboard computer then instructs electro-mechanical actuators at the knees, boosting leg capacity for tasks that involve kneeling, squatting and lifting, or climbing with a heavy load.

According to Lockheed, the benefits of the exoskeleton are most noticeable going up or down stairs, or crossing undulating terrain. As well as a military version, the Maryland-headquartered defence giant has also developed models for industrial workers and first responders who have to carry out strenuous and repetitive tasks in challenging environments.

"For any mission that combines heavy man-portable gear and climbing, Fortis K-SRD can enhance strength and endurance," Maxwell said.

Lockheed is one of several organisations around the world developing exoskeleton technology. Last week The Engineer reported on an exoskeleton that could detect loss of balance and provide support to prevent falls. The research has implications for older people, for whom falls are one of the leading causes of injury.