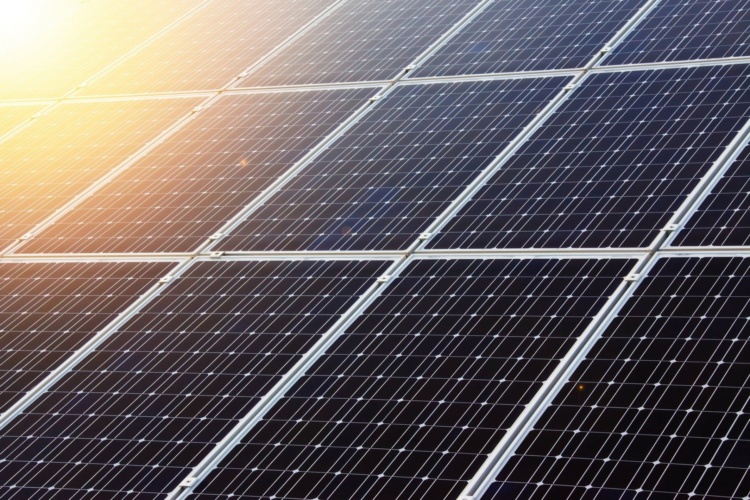 Perovskite cells are generally less efficient than their traditional silicon counterparts, but the gap has been closing in recent years. In relative terms, perovskite cells are easier to manufacture and can be mass-produced via roll-to-roll processing, with the finished product more versatile than silicon cells and suitable for use on windows and contoured roofs.

These factors have all contributed to strong commercial interest in perovskite cells in recent years. However, one major drawback is the technology’s reliance on lead, an environmental toxin with the potential to leak if the cells are damaged. Inspired by nature, Professor Brian Saunders and Dr David Lewis at Manchester University devised a way to eliminate the lead release from broken perovskite cells using a mineral called hydroxyapatite, which is a major constituent of human bone.

“Up until now, the substantial lead component in perovskite solar cells has been a potential environmental concern,” said Saunders, Professor of Polymer and Colloid Chemistry at Manchester’s School of Materials.

“If the solar cells are damaged, for example by hail, the ions may leak. By creating an in-device fail-safe system, we have devised a way to contain toxic ions in damaged perovskite cells. Through increasing the inherent safety of perovskite solar cells, we hope our research will provide a helping hand to the wider deployment of solar technology as we strive to achieve net zero CO2 emissions.”

As a bonus, it was also discovered that the addition of hydroxyapatite improved the efficiency of the technology. During testing, the perovskite cells with hydroxyapatite exhibited an efficiency of 21 per cent, compared with 18 per cent for cells without the mineral. The research, which was backed by ESPRC, is published in Chemical Communications.

“We embarked on this research as we were committed to eliminating an environmental risk,” said Dr David Lewis, Deputy Head of Department and Reader in Materials Chemistry.

“That commitment has resulted in increasing both the sustainability and the efficiency of perovskite solar cells. We hope these dual outcomes will increase the viability for homes and businesses, worldwide, to host and use solar technology.”