Researchers at MIT's Computer Science and Artificial Intelligence Laboratory (CSAIL) have developed NanoMap, a drone navigation system that enables the high speed navigation of cluttered environments like forests and warehouse. 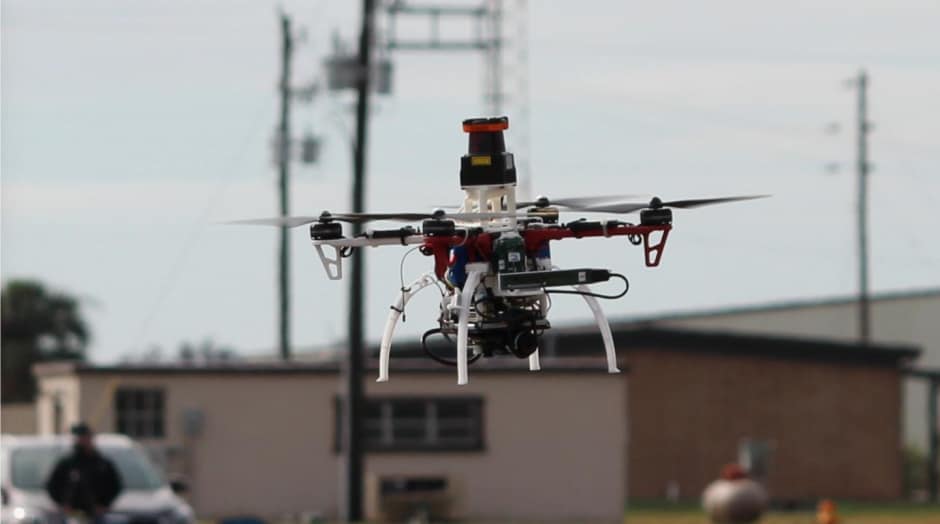 NanoMap technology - which, during trials, enabled drones to fly at up 20 miles per hour through dense environments - potentially opens up a range of applications for small drones such as parcel delivery and search and rescue.

Existing approaches to drone navigation of this sort typically rely on intricate maps that aim to tell drones exactly where they are relative to obstacles. This isn't particularly practical in real-world settings with unpredictable objects as if their estimated location is off by even just a small margin, they can easily crash.

By contrast, NanoMap considers the drone's position in the world over time to be uncertain, and actually models and accounts for that uncertainty. "Overly confident maps won't help you if you want drones that can operate at higher speeds in human environments," said graduate student Pete Florence. "An approach that is better aware of uncertainty gets us a much higher level of reliability in terms of being able to fly in close quarters and avoid obstacles."

The technology uses a depth-sensing system to stitch together a series of measurements about the drone's immediate surroundings; allowing it to make motion plans for its current field of view and also anticipate how it should move around in the hidden fields of view that it has already seen.

"It's kind of like saving all of the images you've seen of the world as a big tape in your head," said Florence. "For the drone to plan motions, it essentially goes back into time to think individually of all the different places that it was in."

The team's tests demonstrate the impact of uncertainty. For example, if NanoMap wasn't modelling uncertainty and the drone drifted just five per cent away from where it was expected to be, the drone would crash more than once every four flights. Meanwhile, when it accounted for uncertainty, the crash rate reduced to two per cent.

The team at CSAIL said that the system could be used in fields ranging from search-and-rescue and defence to package delivery and entertainment. It is claimed that it could also be applied to self-driving cars and other forms of autonomous navigation.