Arup and Mabey have launched the world’s first modular glass-fibre, reinforced polymer bridge, an advance that could improve safety at level-crossings or span areas where it is difficult to build such structures. 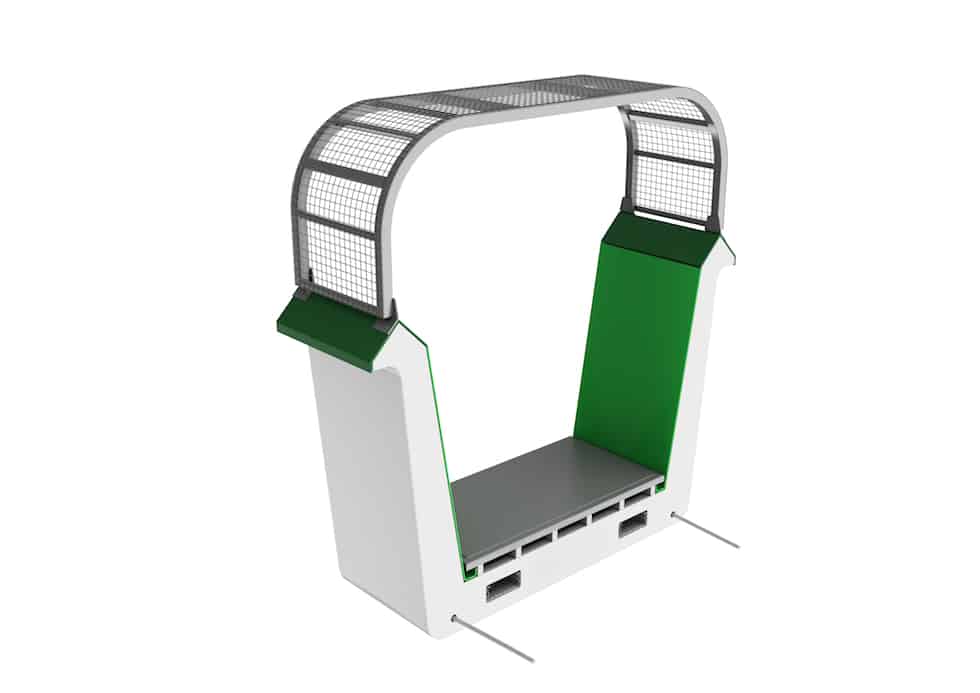 According to Arup, the post-tensioned bridge is designed to be assembled in hard to reach sites where large cranes or heavy machinery cannot be used.

Part-funded by the Rail Safety and Standards Board (RSSB) the modular bridge can provide a safer alternative to level crossings where pedestrian bridges cannot be installed.

The first bridge is said to have been installed at a Site of Special Scientific Interest for Network Rail in Oxford. The bridge modules were reportedly light enough to be transported by an articulated lorry and then assembled on site and lifted from a distance.

Based on Arup’s concept, Mabey is launching the bridge under the brand name Pedesta.

Pre-engineered, modular, and fully customisable in its form, material, colour and finish, the Pedesta features include 1m long identical modules that are fixed together with bolted shear connectors and then post-tensioned.

Arup and said the system allows spans of up to 30m, so it can adapt to suit multiple applications. In addition, being 70 per cent lighter than steel, the modules can be moved with a pallet truck or forklift to move.

Rebecca Stewart, associate, Arup said: “We are focused on engineering solutions to make bridges more resilient and simpler to construct.

“This modular bridge is quick and easy to install, minimises disruption to the surrounding communities and significantly reduces ongoing maintenance costs.

“We can see this bridge being useful for a whole host of global applications – from rail footbridges to road and river spans.”

The future of bridges