A Utah-based company has developed a novel product to reduce its customers’ energy bills - by bringing sunlight inside buildings.

A Utah-based company has developed a novel product to reduce its customers’ energy bills - by bringing sunlight inside buildings at intensity levels where electric lights are no longer needed during daylight hours.

Ciralight' s SunTrackerOne uses a solar-powered control system to track the sun with an array of three mirrors that then reflect sunlight into the building. The light passes through a thermal barrier, through a light well and a bottom light diffuser to effectively spread the light.

The SunTrackerOne tracks the sun from an hour after sunrise to an hour before sunset allowing the end user to turn the lights off on sunny and bright cloudy days.

The company claims that the system produces up to nine times more light than a passive skylight and distributes light more evenly and over a wider area.

Compared to electric lighting, it produces illumination equivalent to 800W of fluorescent lighting, or more than a 1,000W metal halide lamp. But since it does not draw any power, electricity costs for lighting drop to zero during the average of ten hours a day that it reflects light indoors. 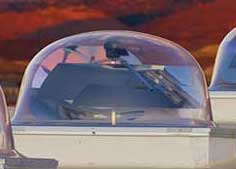 High-end clothing manufacturer Patagonia installed the system to reduce electricity consumption at its distribution centre in Reno, Nevada. The facility's requirements for artificial lighting dropped by two-thirds and operating costs, including for HVAC partly used to cool the hot conventional lighting, fell by a third.

Saving money in the store