The Manufacturing Technology Centre has developed an autonomous robotic rat, which can ‘scurry’ along underground pipes carrying out inspection work.

Robotics experts at the MTC said their invention, ‘Ratty the Robot’, could reduce cost and improve efficiency for utility companies as well as reduce human exposure to hazardous environments and prevent pipework leaks.

The tetherless wheeled inspection robot has a laser-based navigation module and, according to the MTC, can carry out tasks in environments which would defeat most robots.

As the robot can self-drive it reduces the need for a human operator, and has the added advantage of automatically mapping complex pipework and tunnel systems which have built up over many years.

Currently, most advanced inspection work of drainage, sewage and gas supply pipes is carried out by tethered devices managed by operators, which is costly, slow and labour intensive with difficult to reach areas.

“With technology advancing all the time the next exciting step could be a robot which not only inspects pipework, but is capable of carrying out repairs remotely without having to dig up roads.”

He added that the transferable technical know-how will allow the MTC to support the automation of other activities in hazardous or difficult environments.

The MTC’s concept robot has successfully undergone simulated trials at the Synthotech test facility in Yorkshire, where engineering director Simon Langdale said the robot has been ‘put through its paces’ in a range of simulated environments. 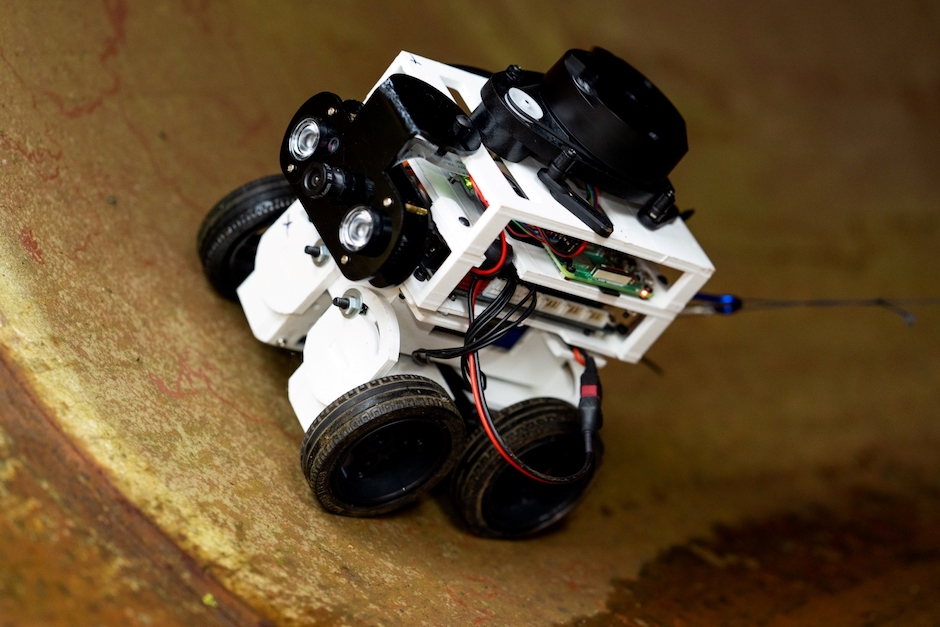 “Automation of inspections for pipes is a key area that can help build better understanding of the complex infrastructure underground,” he said. “We have been able to benchmark our current live access robotics against automated robotics and make sure that we can stay at the cutting edge with support from the MTC.”

The MTC will be showcasing its technologies at Utility Week Live at the NEC Birmingham on May 17-18, including its robotic rat and ‘Spot’ the robotic dog, and demonstrating its hydrogen capabilities. The MTC is part of the High Value Manufacturing Catapult, supported by Innovate UK.