Research from MIT has found that negatively charging the exterior of aircraft could significantly reduce the chances of mid-air lightning strikes. 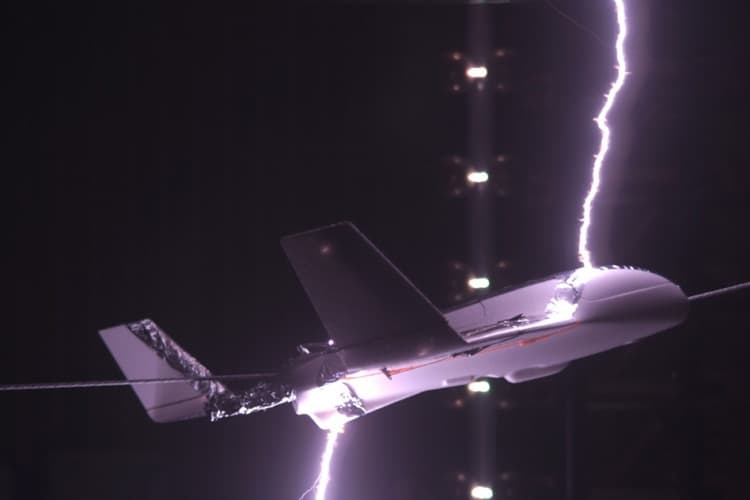 Commercial planes are struck by lightning roughly once a year, and the ensuing inspections can keep the aircraft out of service and adversely affect schedules. Prompted by Boeing – which sponsored the research – the MIT team looked for a way to counteract the polarisation that happens to aircraft when flying through ambient electric fields. As planes become increasingly polarised, they can set off a highly conductive flow of plasma called a positive leader — the preceding stage to a lightning strike.

The researchers developed a mathematical model to describe the electric field conditions under which leaders would develop, and how they would evolve to trigger a lightning strike. They applied this model to an aircraft geometry and explored whether changing the aircraft’s potential (charging it negatively) would prevent the leaders from forming and triggering a lightning strike. Their results, published in the American Institute of Aeronautics and Astronautics Journal, showed that the charged scenario required a 50 per cent higher ambient electric field to initiate a leader, compared with an uncharged scenario.

“These leaders carry current, but not very much,” said Prof Manuel Martinez-Sanchez, from MIT’s Department of Aeronautics and Astronautics. “But in the worst cases, once they establish a circuit, you can get 100,000 amps, and that is when damage happens.”

“Numerically, one can see that if you could implement this charge strategy, you would have a significant reduction in the incidents of lightning strikes. There’s a big if: Can you implement it? And that’s where we’re working now.”

The MIT team is currently testing the charging concept on a simple metal sphere, and there are plans to carry out more elaborate experiments on drones in thunderstorms. For the system to work in all conditions, however, Martinez-Sanchez says its response time will need to be improved.

“The scenario we can take care of is flying into an area where there are storm clouds, and the storm clouds produce an intensification of the electric field in the atmosphere,” he said. “That can be sensed and measured on board, and we can claim that for such relatively slow-developing events, you can charge a plane and adapt in real time. That is quite feasible.”

Charging into the future