Fifty McDonald’s restaurants across the UK are now saving 50 per cent on power bills for kitchen extractor fans with the help of ABB drives.

'We were updating old equipment and realised we could reduce our carbon footprint by making large fans run more slowly,' said Dave Holden, project manager of Restaurant Services for McDonalds.

'Variable speed control was implemented on fan units with large 5.5kW motors. These now draw about 2kW for most of the time, but have the capacity to boost extract volumes significantly at busy times,' he added.

McDonalds was hoping to see 40 per cent energy savings and less wear and tear on the fan, including soft start-up. ABB Drives Alliance member, Inverter Drive Systems (IDS) in Nottingham were asked to look at the application and come up with the correct drive.

IDS’ solution was 5.5kW ABB HVAC drives. 'Using the drive’s real-time clock, we made the fans run at full speed over the busy periods and at 80 per cent speed at other times. This resulted in a 50 per cent saving in energy. On some installations, a boost button allows the fan to be speeded up to its full extraction speed if needed. Another major benefit was the reduced fan noise that this drive method allowed, particularly important to McDonalds at night,' said Blaise Ford of IDS.

Variable speed control also cured a problem which was affecting the operation of cooking equipment in the kitchen. In order to contain cooking smells within the kitchen area, McDonalds aim to supply 85 per cent of the air it extracts through air conditioning plant. High extraction rates was creating an imbalance that meant whenever an external door or window was opened, there was a rush of cold air into the kitchen, affecting the energy consumption of the equipment as it attempted to maintain its cooking temperature.

It also meant the air conditioning was working harder to maintain a comfortable temperature. Reducing the fan speed has alleviated these problems. 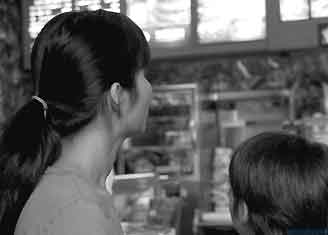 'The average 50 per cent saving in electrical consumption across the restaurants was even greater in select locations that had oversized fan motors from the 1980's. As well as reduced utilities costs, we now have fewer operational difficulties with the kitchen equipment as a result of being able to balance the extract volume,' Holden said.

Another advantage for Holden of using the ABB/IDS solution was that the setup required no involvement from the restaurant management team. The retrofit work was fitted in around the busy times in the restaurant to avoid disruption. The fan would normally be fitted on one day and changed over in a quiet time the following day, such as mid-morning, or even on the same day when a standby fan was available.