A new ultrasound system that uses optical components rather than electronic components could give doctors more flexibility in how they use ultrasound. 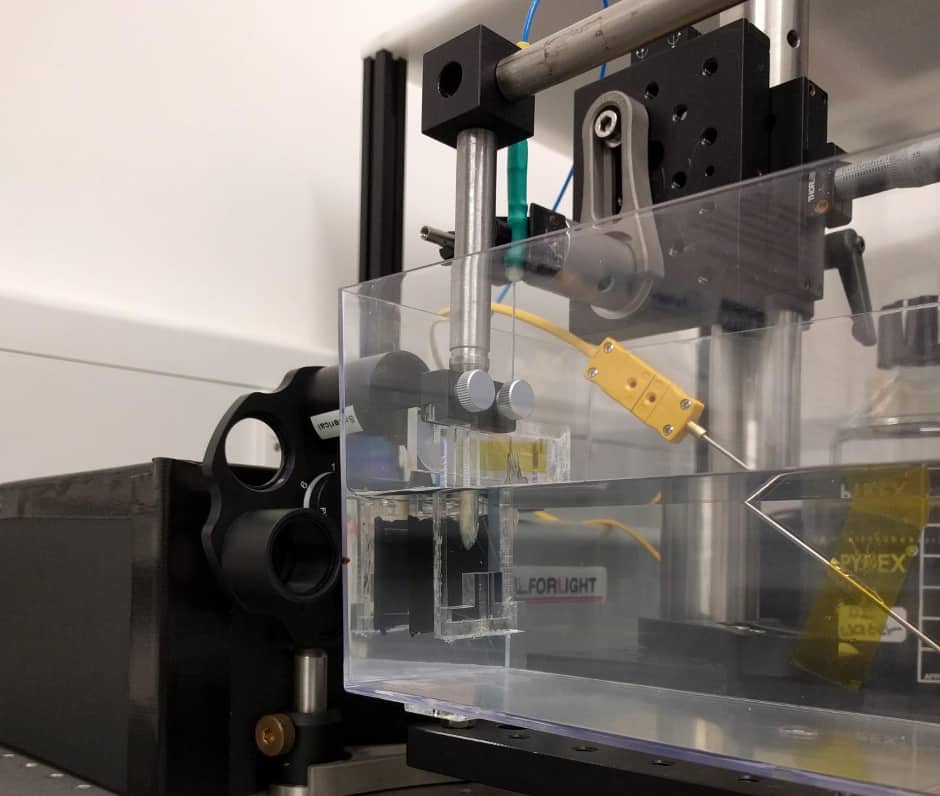 Because they require no electronic components in the imaging probe, all-optical ultrasound systems could be used simultaneously with magnetic resonance imaging (MRI) scanners, giving doctors a more comprehensive picture of the tissues around an area of interest.

"All-optical ultrasound imaging probes have the potential to revolutionise image-guided interventions," said Erwin J Alles, from University College London’s faculty of engineering science. "A lack of electronics and the resulting MRI compatibility will allow for true multimodality image guidance, with probes that are potentially just a fraction of the cost of conventional electronic counterparts."

Light beam scanning mirrors built into the device are said to increase image quality and make it possible to acquire images in different modes. According to UCL, this would allow doctors to rapidly toggle between modes on a single instrument. Acquiring different types of images using conventional ultrasound systems typically require separate specialised probes.

"The flexibility offered by the scanning mirrors will allow for seamless switching between 2D and 3D imaging, as well as a dynamically adjustable trade-off between image resolution and penetration depth, without the need to swap imaging probe," said Alles. "Especially in a minimally invasive interventional setting, swapping imaging probes is highly disruptive, extends procedure times and introduces risks to the patient."

Conventional ultrasound imagers use arrays of electronic transducers to transmit high-frequency sound waves into tissue and receive the reflections. A computer then constructs images of the tissue.

By contrast, all-optical ultrasound imagers use light to transmit and receive ultrasound waves. Pulsed laser light is used to generate ultrasound waves, and scanning mirrors control where the waves are transmitted into the tissue. A fibre optic sensor receives the reflected waves.

To generate images, an all-optical ultrasound system must acquire data from multiple optical source locations, combine them together and then create a visualisation that reconstructs the area being imaged.

"Through the combination of a new imaging paradigm, new optical ultrasound generating materials, optimised ultrasound source geometries and a highly sensitive fibre-optic ultrasound detector, we achieved image frame rates that were up to three orders of magnitude faster than the current state-of-the-art," said Alles.

The team tested their prototype system by imaging a deceased zebrafish, as well as a pig artery that they manipulated to emulate the dynamics of pulsing blood. The demonstration showed imaging capabilities comparable to an electronic high-frequency ultrasound system, with a sustained frame rate of 15Hz, a dynamic range of 30db, a penetration depth of 6mm and a resolution of 75 by 100μm.

To adapt the technology for clinical use, the researchers are working to develop a long, flexible imaging probe for free-hand operation, as well as miniaturised versions for endoscopic applications.