Researchers from Carnegie Mellon University have embedded fibre optic sensors in a three-fingered robotic hand, allowing it to detect forces of less than a tenth of a newton.

The team placed 14 strain sensors into each of the fingers, which mimic the skeletal structure of a human finger. Each digit has a 3D-printed plastic fingertip, middle node and base node connected by joints, all covered in a soft silicon rubber skin. It is hoped that the research could pave the way for robots to work alongside humans with greater autonomy. 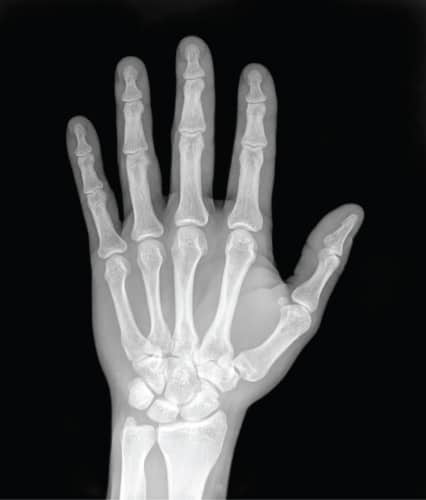 “If you want robots to work autonomously and to react safely to unexpected forces in everyday environments, you need robotic hands that have more sensors than is typical today,” said Yong-Lae Park, assistant professor of robotics at Carnegie Mellon.

“Human skin contains thousands of tactile sensory units only in the fingertip and a spider has hundreds of mechanoreceptors on each leg, but even a state-of-the-art humanoid such as NASA’s Robonaut has only 42 sensors in its hand and wrist.”

Alongside its work with the hand, Park and the team are also developing a type of stretchable sensor that they hope could be used on future versions of the hand. Conventional optical sensors don’t have a lot of flexibility, limiting their use in structures that require a wide range of motion. Using a combination of silicon rubbers lined with reflective gold, the researchers are able to measure light that escapes when pressure is placed on the sensor, allowing them to gauge the force. According to Park, this type of flexible optical sensor could both detect contact and measure force.