The pilot service, a collaboration between Delphi and French-based public transport operator Transdev, will see autonomous vehicles operating in Saclay, a Paris suburb, and Rouen in Normandy.

In Paris, initially one shuttle will operate along a fixed route from the train station to the campus of the University of Paris-Saclay.

In Rouen the service will operate in an area of the city where there is currently no public transport, and will initially consist of two driverless Renault Zoe cars.

Customers will be able to use a smartphone app to book a ride in the vehicles, which will be tracked by a remote control and command centre. A driver will initially sit in on the journeys to monitor the vehicles, but by 2018 the companies hope to operate the service without a driver on-board.

For the pilot the companies have chosen the so-called “last-mile” of public transport – the journey between a train or bus station and the commuter’s place of work, for example – as it is seen as an area of particular need, according to Serge Lambermont, director of automated driving at Delphi.

“People like to travel by public transport, but this last mile, how to get from your subway station to your destination, is an inconvenience,” he said. “So if you can arrive with the ticket already on your smart phone connecting you to an automated, mobility-on-demand taxi or pod system, which takes you on to your location, you take all the inconvenience out.”

The vehicles will be equipped with a range of different sensors, designed to complement each other. Each vehicle will be fitted with short range radar, for example, with sensors at each corner and two at either side, as well as one forward facing image radar and one rear facing long range radar. 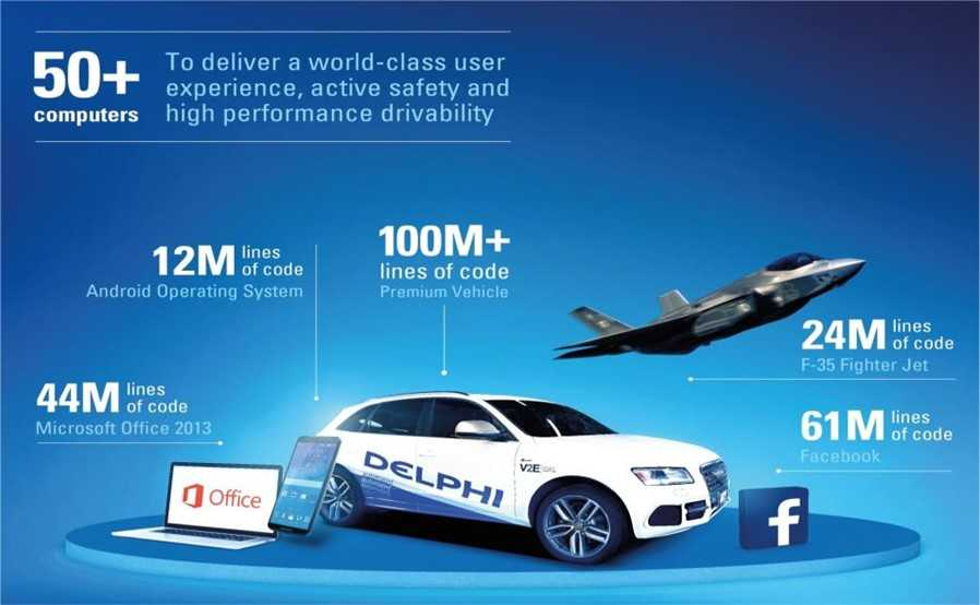 Radar can detect large objects in the vehicle’s path and can determine that object’s distance and oncoming speed. It can also work in all weathers, and at night.

The vehicles are also equipped with six cameras, including one high resolution camera, as well as one rear facing, two blind side, and two corner facing. Unlike radar, cameras can detect colour and use this to help distinguish between different objects, such as traffic lights, tail lights, road lines and signs.

Finally, the vehicles will also be fitted with LIDAR (light detection and ranging) sensors, which operate by sending out pulses of light and interpreting the light that is reflected back off any objects.

A centralised computing platform will host all of the processing required for the autonomous driving system, including Delphi’s Ottomatika vehicle control algorithms. Information from the sensors as well as mapping and navigation data is fused together to make driving decisions.

The software also allows each vehicle to communicate with the cloud, so that ultimately anything they learn through driving can be shared amongst the fleet, said Lambermont.

“Humans learn to drive through experiences such as near-misses, and if such an event were to occur on the automated driving system, we would like to send it up to the cloud and broadcast it to all the vehicles,” he said. “We are not quite there yet but that is really the power (of the technology), you only need to learn something once and then you can broadcast it (to the fleet).”

Delphi has also been running a trial of its autonomous vehicle technology in Singapore, and hopes to run similar pilots in the US.

The road to driverless cars