A hybrid tug powered by hydrogen and diesel has been ordered by the Port of Antwerp, which is working on a strategy to become carbon neutral.

Built by Compagnie Maritime Belge (CMB), the ‘Hydrotug’ will comply with EU Stage V emissions regulations and will feature a particulate filter and catalyser to complement its dual-fuel system. It is due to be delivered within two years.

The Engineer drives: Hyundai Nexo – a glimpse into the hydrogen future?

E-tug set to give emissions the push in Auckland port

“We are working towards becoming a CO2-neutral port,” said Port of Antwerp CEO Jacques Vandermeiren.

“Together with our partners we are preparing for the future in a constant search for innovative applications and opportunities. With this world-first we aim to further prepare the way for alternative fuels such as hydrogen, in order to realise the transition to alternative, renewable sources of energy.”

CMB’s hybrid engine technology is already deployed in the port in the shape of the ‘Hydroville’ shuttle, a passenger ferry launched in 2018 that runs on the hydrogen-diesel mix. The shipping company has also teamed up with Ghent-based engine builder ABC to set up the BeHydro joint venture, which aims to adapt the technology for higher output vessels. Hydrotug is the first vessel in the 4000kW class to be powered by hydrogen-diesel dual fuel. 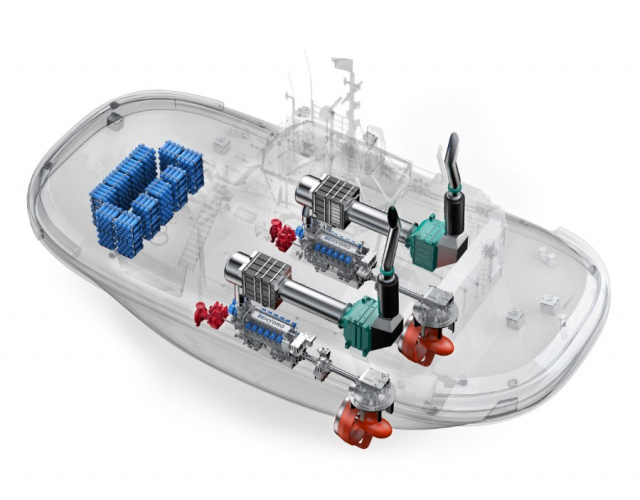 "We are convinced of the potential of hydrogen as the key to sustainable shipping and making the energy transition of a reality," said Alexander Saverys, CEO of Compagnie Maritime Belge. "The expertise that we acquire with the Hydrotug will enable us to further develop the use of hydrogen as a ship's fuel."

Port alderman Annick De Ridder added: "Hydrogen is one of the keys to an economy and society with minimum impact on the environment...With Port of Antwerp we aim to develop its potential to the full, committing ourselves as active pioneers in the hydrogen economy on a European scale. The ecosystem represented by the Antwerp port platform is an ideal testbed for this technology on a large scale.”