The next time you order a latte from your favourite coffee shop, you could be helping to produce greener biofuels. 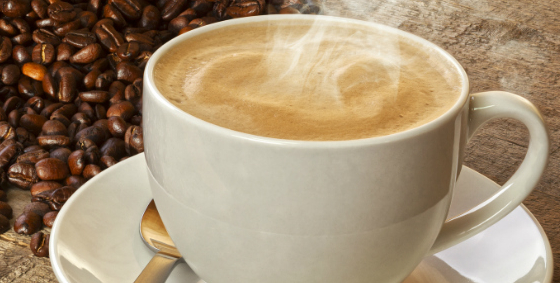 Purpose-grown crops used to produce biodiesels are expensive, and consume much-needed water and land that could be used to grow food.

Now researchers at Lancaster University, led by Dr Vesna Najdanovic-Visak, have developed a technique to significantly improve the efficiency of producing biodiesel from coffee waste.

Coffee grounds are traditionally converted into biodiesel by mixing with hexane. The mixture is then cooked at 60 degrees Celsius for 1-2 hours, after which the hexane is evaporated to leave behind the oils. Methanol and a catalyst are then added to the oils to make biodiesel and a glycerol by-product.

But by using just methanol and a catalyst, and removing the need for the hexane stage altogether, Najdanovic-Visak and her colleagues found they could produce biodiesel while reducing chemical waste.

“The role of hexane is just to extract oils from the spent coffee grounds, and then we evaporate the hexane, so that the oils that are left we can convert into biodiesel,” said Najdanovic-Visak. “Instead of the hexane we use the reagent, methanol, together with a catalyst, which enter the solid matrix and extract the oils and then convert them [into biodiesel] simultaneously.”

The new technique, which has been published in Environmental Chemical Engineering, takes 10 minutes to produce the same amount of oil as the existing process, reducing time and the amount of energy consumed.

The process could produce 720,000 tonnes of biodiesel from coffee waste each year.