Jointly run by engineering consultancy Productiv and Tata Steel, the £22m centre - which has been established with funding from the private sector and the government’s Advanced Manufacturing Supply Chain Initiative  (AMSCI) - hopes to provide a steady pipeline of new technologies to support the UK’s booming automotive sector.

Describing the facility as ’an audacious attempt to create a Tier 1 from the ground up’, Proving Factory CEO Richard Bruges told The Engineer that the centre is a response to long-standing problems around successfully commercialising UK technology. ‘It’s been designed to help take exciting technologies from 12 blokes in a shed to a high volume production solution,’ he said.

Bruges stressed that the aim is not just to help introduce new technologies, but to give fledgling technology firms the chance to grow and become an important part of the supply chain.

He said that companies working with the organisation will receive help putting their technology into production and then provide support during the process of setting up their own production facilities.  The facility is structured to be able to take on up to 20 technologies at any one time, and to be able to manufacture a total of around 200,000 units per year.

So far nine technologies have gone through the development stages, and two are due to start production within the first quarter of 2015.

Amongst others, the organisation is currently working with innovative magnetic gear developer Magnomatics; liquid Nitrogen engine pioneers Dearman Engine Company; and Bladon Jets, which has received a large order to supply a gen-set based on its micro gas turbine technology to a mobile-phone mast operator in India. 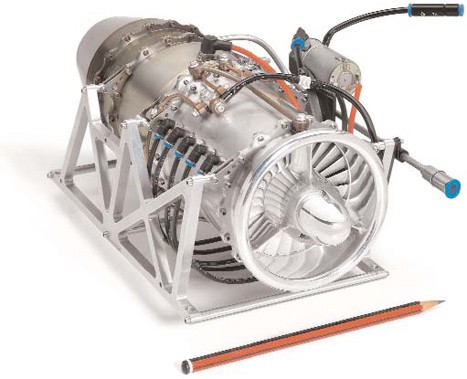 The facility consists of a 6,000m2 site in Coventry where the engineering and systems assembly operations are located, and a 1,000m2 component manufacturing facility in South Yorkshire, housing advanced machine tools.

Bruges said that in the long term he hopes the current centre will become one of three of four proving factories. ‘The problem exists everywhere in many different markets,’ he said. ’We see an opportunity in several other areas: electronics, battery systems and possibly in composites or advanced materials.’