Rolls-Royce has presented a suite of robotic solutions, including swarm and snake robots, that it says could change the face of engine maintenance. 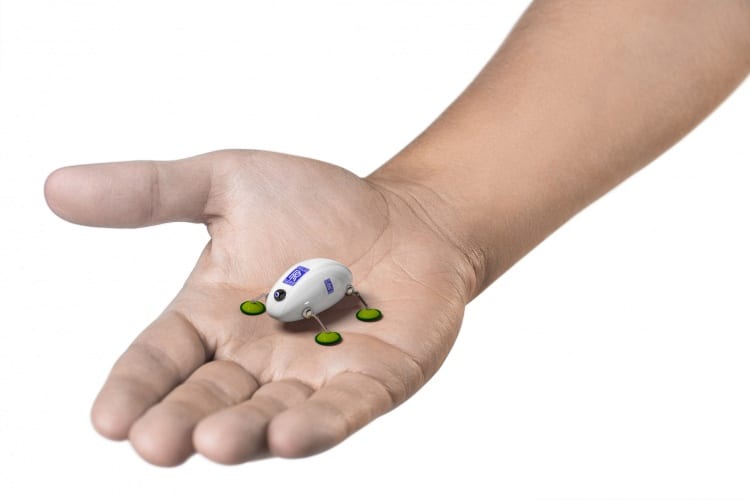 At a press conference during the Farnborough Airshow, the engine-maker provided details of four separate projects it is working on. They involve different academic and industrial partners and are at varying stages of development, but each has the potential to significantly reduce maintenance time and improve engine availability.

Alongside Harvard University, Rolls is developing swarm robots that can perform on-wing engine inspections. The beetle-like bots will be about 10mm in diameter and equipped with cameras to provide a live video feed while crawling through aero engines. According to Dr James Kell, Rolls-Royce on-wing technology specialist, swarm robots could help map the internal engine area and negate the need for time-consuming manual inspections.

“We thought, rather than doing that traditionally, we could put cameras on the end of small walking beetles and have them work in a team, whereby…collaboratively we start to map the whole environment,” said Kell.

“It’s a much more efficient way of performing the same kind of inspection. If we did it conventionally, it would take us about five hours. If we did it like this, who knows, we could probably do that in maybe five minutes.”

The beetles would be deployed by snake-like robots that can weave into the guts of a gas turbine. Rolls has already been working on similar technology with Nottingham University for another project called FLARE, where snake robots work in teams to perform patch repair to thermal coatings. With some adjustments, the same robots could help deliver the swarm robots in and out of the inspection area.

While the swarm robots are some years away from becoming an operational reality – they are currently at Technology Readiness Level (TRL) 2 - demonstrators have been built and were on display at Farnborough. However, Rolls also unveiled a project that was much closer to deployment. Known as Remote Boreblending, it uses a robot attached to an engine to perform remotely-operated repairs. Boreblending has been used by Rolls-Royce since 2003 as a form of preventative maintenance, but it requires a small pool of high-skilled workers to travel around the world repairing the engines. Now, engineers will be able to carry out the repairs from anywhere using a robotic solution.

“It enables a skilled person to control the robot and actually perform a repair from the other side of the world,” said Kell. “It allows us to service our engines in hours rather than days.”

Remote Boreblending- currently at TRL 5 - was also developed in partnership with Nottingham University, having been first conceived about four years ago.

“We’ve gone from there to a full-scale engine demonstration within about three and a half years,” Kell said.

Lastly, Rolls is working with Nottingham, Oxsensis, BJR Systems and Roke Manor on a project called INSPECT, whereby periscope cameras would provide on-wing in-flight engine data. Currently at TRL 2, the technology requires extreme thermal management to withstand the temperatures produced by a jet engine. As it will operate in-flight, the certification process will also be a challenge. Nonetheless, Rolls believes the potential benefits are significant.