Physicists at Salford University are developing perovskite photovoltaic cells that have the potential to be more economical and efficient than current PV devices. 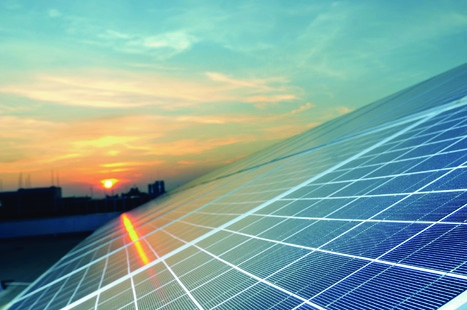 According to Salford University, perovskite photovoltaics are a novel class of materials, commonly a hybrid organic-inorganic lead or tin halide-based material, with a crystal structure that makes it possible to fabricate extremely efficient solar cells in a simple manner and at potentially low manufacturing costs.

Dr Heather Yates, principal investigator for the Salford CHEOPS project said: “As researchers, we may get excited when we achieve a new efficiency record with a small cell of about 1cm2 but to prove this technology we need modules of at least 15cm2 and we need them to be stable.

“At Salford we will be employing a technique called Atmospheric Pressure Chemical Vapour Deposition to produce large-scale thin films which make up the perovskite cell. We will also consider how to produce films using tools, techniques and procedures that can readily be implemented in an industrial environment.”

In addition to upscaling the technology, researchers will also produce tandem cells - with a perovskite cell on top of a conventional silicon-based cell. Such tandem cells can harvest a broader spectrum of light than a single cell, which should lead to an increase in their efficiency further approaching the 30% range.

In the longer term, existing manufacturing methods used for silicon devices might require only minor modification before being used to produce tandem cells, as the perovskite layer would simply be added on top of the conventional cell to act as an “efficiency booster”.

“It is essential to continually improve the attractiveness of solar as a renewable energy source,” said Dr Yates. “Perovskite photovoltaic technology can be an important step in this direction and the team at Salford University are looking forward to sharing our findings with our academic and industrial partners.

In 2014, photovoltaic produced around 200 gigawatts of power, or 1 -2 % of global electricity demands.

The CHEOPS Project is coordinated by CSEM, Switzerland and co-funded by the European research and innovation program Horizon 2020. It officially began in February 2016 and will end in January 2019.