Summit Power Group has entered into an agreement with National Grid and Petrofac to seek funding for the development of a coal-fired power station and carbon capture and storage (CCS) plant in Scotland.

The project, dubbed the Caledonia Clean Energy Project, will be submitted to the Department of Energy and Climate Change for funding under the CCS Delivery Competition, as recently outlined in the European Journal.

According to a statement, the proposed Summit power plant will be based at the Port of Grangemouth on the Firth of Forth, west of Edinburgh.

The Seattle-based company claims that with more than 90 per cent carbon capture, the coal feedstock plant will generate low-carbon electricity and also produce hydrogen gas for commercial use.

The CO2 captured will be transported via pipeline to St Fergus by National Grid Carbon and then transferred offshore for geological sequestration deep under the North Sea by Petrofac subsidiary, CO2DeepStore.

The project site has been selected to take advantage of other facilities for industrial gas supply and to support CO2 capture.

The location provides the benefit of being close to the UK North Sea for CO2 storage and, later, enhanced oil recovery opportunities, and enables the re-use of existing pipelines.

Summit Power is currently developing a very similar project in Texas — the Texas Clean Energy Project (TCEP) — and intends to replicate many aspects of TCEP at Grangemouth. 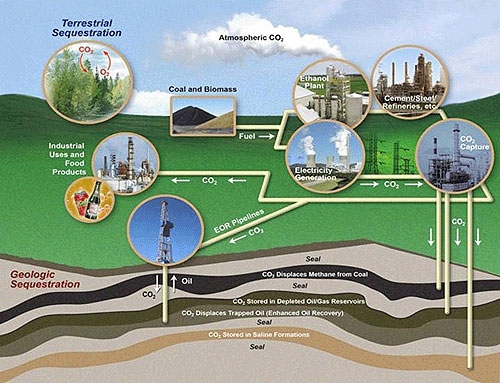